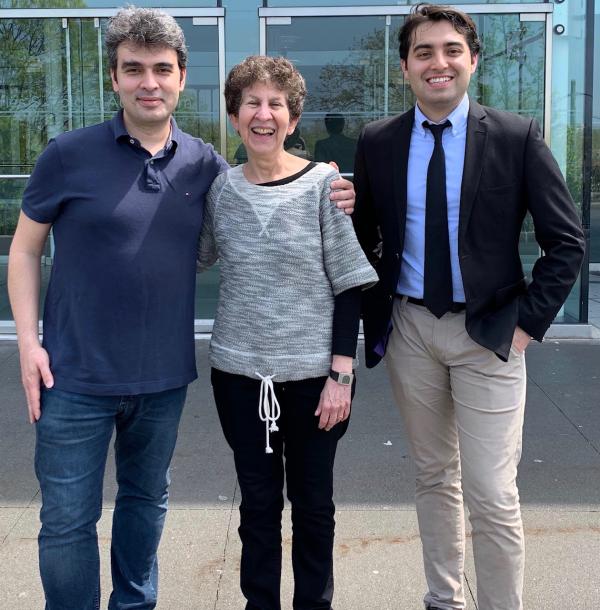 During his time at The City College of New York, Mathiu Perez earned numerous national honors for his outstanding scholarship and research. National recognition of his exceptional work continues with his latest accolade a National Institutes of Health (NIH) Oxford-Cambridge Scholarship. It sees the Ecuadorean immigrant headed to Oxford University, Cambridge University and the University of California, San Francisco, to pursue a combined MD-PhD degree.

The NIH Oxford-Cambridge program is an accelerated, individualized doctoral training program for outstanding science students committed to biomedical research careers. The highly competitive fellowship combines the Medical Scientist Training Program (MSTP), NIH training, and a PhD at Oxford or Cambridge University. For Perez, the latter entails a period of research at Oxford which, along with Cambridge, is one the world’s most prestigious universities.

The first graduate of City College’s accelerated MS program in biochemistry, Perez was a stellar student while earning both BS and MS degrees. Some of his awards included:

The Goldwater is America’s premiere award for undergraduates majoring in math, science and engineering.

This spring, Perez received the Jonas E. Salk Scholarship awarded by The City University of New York to exceptional students who plan careers in medicine and the biological sciences. As a Salk Scholar, he will receive $8,000 over four years to defray the tuition costs of his graduate studies or medical training.