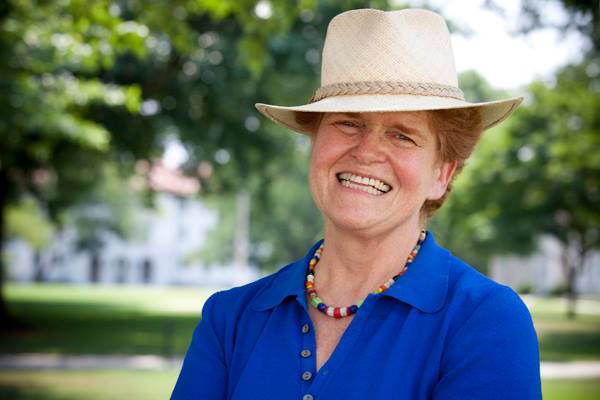 Deborah E. Lipstadt, Dorot professor of Holocaust Studies at Emory University, award-winning author and a 1969 CCNY alumna, is the 2021 John H. Finley Award recipient. The award is given out by the Alumni Association of The City College of New York for exemplary and dedicated service to the City of New York.

In addition, the association has honored seven CCNY alumni for outstanding post-graduate achievement. They’ll receive the Townsend Harris Medal at CCNY’s the 141st Annual Alumni Gala, a virtual event at 6 p.m. on Nov. 4.

The seven Townsend Harris medalists are:

“The association is thrilled to celebrate these extraordinary alumni and their accomplishments. For almost 170 years, our organization has uplifted and empowered alumni across industries, many whom have gone on to become change makers and power players in their careers. Each awardee is an inspiration to our community, and we look forward to continuing our investment of time and resources to help City College alumni reach new heights,” said David Covington, executive director of the Alumni Association.

“City College started me – as it has for millions of others – on a path to a remarkably gratifying career. I remain exceptionally grateful to City College. It has long been and remains one of the jewels in the
crown of the city of New York and beyond. Simply put: it changed my life,” said Lipstadt.

About Deborah E. Lipstadt
One of the nation's foremost experts, Liptstadt has published and taught about the Holocaust and antisemitism for close to 40 years.  In August 2021, President Joe Biden announced his intention to appoint her Special Envoy to Monitor and Combat Antisemitism Abroad with the rank of Ambassador.

Lipstadt is the author of several best-selling books. Her 1993 book “Denying the Holocaust: The Growing Assault on Truth and Memory,” was the first full length study of those who attempt to deny the Holocaust.  It would lead to another best-seller in 2005, “History on Trial: My Day in Court with David Irving,” which is the story of her libel trial in London against Irving, who sued her for calling him a Holocaust denier and right wing extremist. Lipstadt prevailed after a six-year legal battle.  Her other books include “The Eichmann Trial,” in 2012 and “Antisemitism: Here and Now Hardcover,” published in 2019 to stellar reviews and winner of the National Jewish Book Award. Click here to read more about Liptstadt.

Click here to register for this year’s Alumni Awards gala.