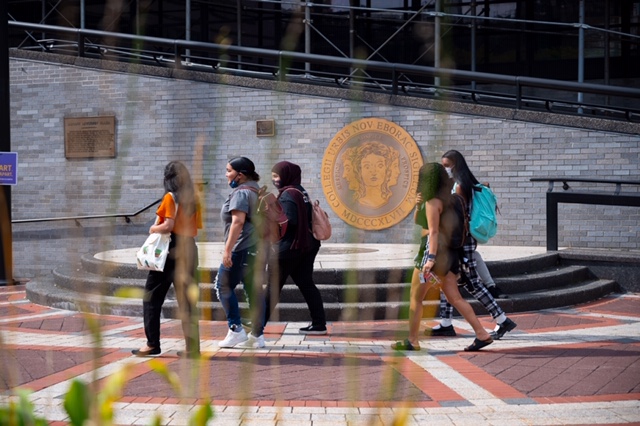 Scoring highly in several categories, The City College of New York is #10 nationally for social mobility in the 2022 U.S. News & World Report Best Colleges rankings published today. City College places highly in six other categories including #26 for economic diversity and #29 for campus ethnic diversity. Overall, CCNY is ranked #148 on the list of Best National Universities, a jump of 28 places from its #176 ranking last year.

According to U.S. News & World Report, schools are ranked according to their performance across a set of widely accepted indicators of excellence. Click here for more on how the publication ranks schools. Princeton is ranked #1, with Columbia, Harvard and MIT all tied for second.

The following is how CCNY fares in the annual evaluation of America’s top degree-granting schools:

CCNY’s 10th placing in social mobility for National Universities is another jump from #17 last year. It’s another affirmation of the school’s powerful impact on the future of its graduates. CCNY is also ranked #1 by the Harvard-based Opportunity Insights out of 369 selective public colleges in the United States on the overall mobility index. This measure reflects both access and outcomes, representing the likelihood that a student at CCNY can move up two or more income quintiles.

CCNY’s #67 ranking as a top public school is also a significant surge from #87 last year. U.S. News & World Report defines schools in the National Universities category as those offering a full range of undergraduate majors, plus master's and doctoral programs. These colleges also are committed to producing groundbreaking research.

In the other categories, ethnic diversity and economic diversity are City College’s fortes -- with the institution consistently scoring high on numerous annual rankings -- while its recognition as a best college for veterans, continues the trend. In summer, CCNY was among the top schools nationally to earn the designation “military friendly” in the 2021-2022 survey by Military Friendly®.

City College’s good showing on the U.S. News & World Report rankings come a month after the Princeton Review named it one of the nation's best institutions for undergraduates.