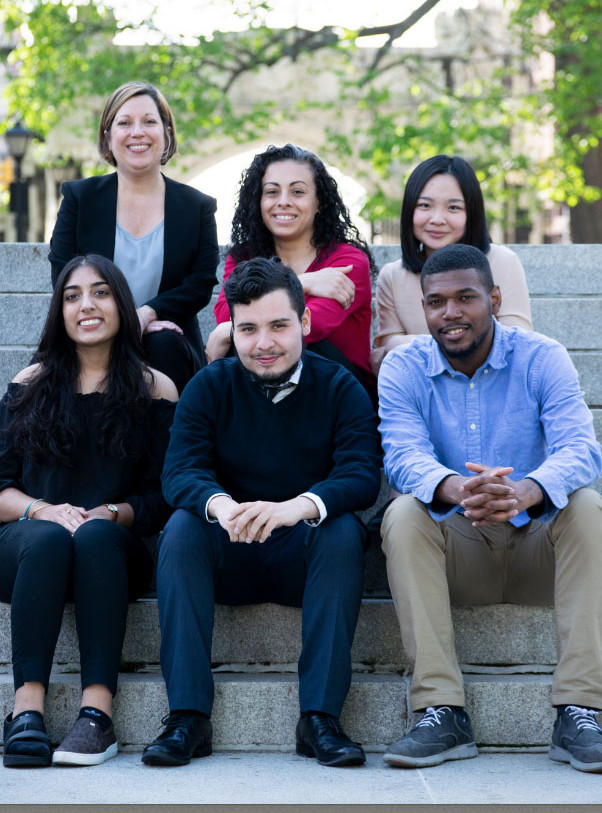 Five undergraduates, the 27th cohort since The City College of New York joined the exclusive nationwide program, are the latest recipients of Mellon Mays Fellowships. The program’s goal is to help increase diversity in the faculty ranks of higher education by identifying and supporting exceptional undergraduates from traditionally underrepresented groups.

As Mellon Fellows, the five students are engaged in research programs ultimately aimed at preparing them for doctoral careers. This summer, Butt, Cruz, Parker and Yip are attending the MMUF Summer Research Training Program at the University of Chicago through Aug. 17. It readies Fellows for graduate study and rigorous research.

Lopez attended the CUNY Mellon Mays Fellows Summer Institute at Hunter College, whose highlights included introductions to research methods and to academia as a profession.

Since 2001, support from the Andrew W. Mellon Foundation is credited for guiding more than a dozen talented CCNY graduates to PhDs in the humanities and social sciences. According to Isabel Estrada, program director at CCNY, there are now more than 23 Mellon Mays Fellows from City College in PhD programs.

In its 30th year nationwide, the MMUF program is open to colleges and universities by invitation only.