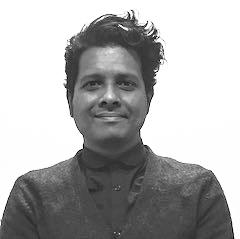 CCNY engineer Prathap Ramamurthy is the recipient of a $360K Army grant to study urban fluid dynamics that impact the air flow and exchange of heat over cities.

A still uncharted research field of much relevance beyond summer’s inevitable heatwaves is coming under the intense scrutiny of City College of New York mechanical engineer Prathap Ramamurthy, thanks to a $360,000 grant from The US Army Research Office (ARO).  He’s tasked with unlocking the mysteries of urban fluid dynamics that impact the air flow and exchange of heat over cities. Ramamurthy’s three-year project is in collaboration with the Army Research Lab.

“Urban areas have distinct landcover characteristics that impact the air flow and exchange of heat over cities,” said Ramamurthy, assistant professor in City College’s Grove School of Engineering. “The key processes that impact these exchanges are currently unknown and hence the subject of this study.”

Ramamurthy, whose affiliation includes the CCNY-based NOAA–CESSRST, will use state-of-the-art remote sensing techniques that incorporate ground and space-based sensors to investigate the mean and turbulent characteristics of the urban atmosphere. “Overall, the study will lead to better understanding of flows over urban areas and will improve computational fluid dynamics models that simulate flow over cities,” he added.

An expert in the study of the relationship between climate and human activity in urban areas, Ramamurthy’s project is part of his current research thrust. This includes understanding the mechanisms that exacerbate urban heat island intensity in large cities and their synergistic interaction with heat waves, and developing mitigation strategies to moderate the urban climate.