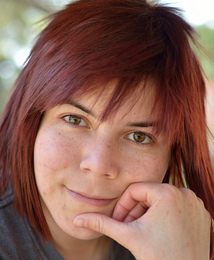 Mexican native and Honors Student Violeta Contreras Ramirez, who has a 3.99 GPA and is a double major in biology and psychology, will be CCNY's Class of 2015 Valedictorian, May 29. 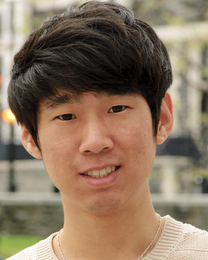 Da Wi Shin, a Korean immigrant and biomedical engineering major in the Macaulay Honors College at CCNY, who also has a 3.99 GPA, will be the CCNY Salutatorian.

Mexican-born Violeta Contreras Ramirez, a student in The City College of New York’s Honors Program graduating with a double major in biology and psychology, will be the Class of 2015 Valedictorian at CCNY’s 169th Commencement Exercises, May 29. Da Wi Shin, a Korean immigrant and biomedical engineering major in the Macaulay Honors College at City College, will be the Salutatorian.

The honors cap award-laden undergraduate work at City College by the two standouts. Both are graduating with 3.99 GPAs.

Contreras Ramirez, a Westchester, N.Y., resident who plans a career in both research and medicine, has been the recipient of numerous accolades. The most recent include:

Da Wi, who also plans to pursue a medical career, has received the Biomedical Engineering Department Academic Excellence Award every year at CCNY since he was a freshman.

The Douglaston, Queens, resident was also named a University Scholar (2015) and won the Zemansky Introductory Physics Prize (2012) among his other honors.

City College will award honorary degrees at Commencement to three distinguished individuals in recognition of their professional accomplishments. The three recipients are: