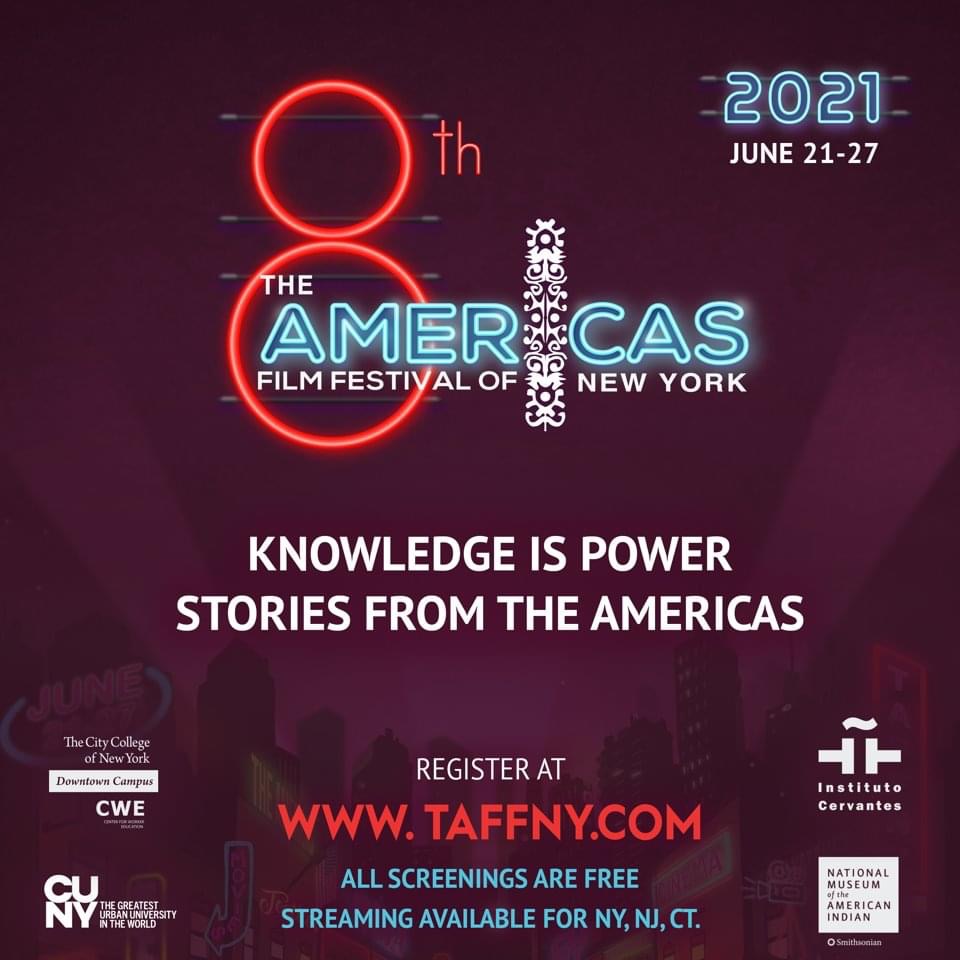 The Americas Film Festival New York (TAFFNY) opens its Virtual Cinema again for its eighth edition, offering viewers in the tri-state area the opportunity to enjoy and celebrate the rich diversity of stories, languages and cultures of the Americas from the comfort of their home. A cultural initiative of the Division of Interdisciplinary Studies at the Center for Worker Education of the City College of New York (CWE), TAFFNY runs online June 21-27. Six feature films and more than 25 shorts will be screened free of charge.

Oscar Award-winning director Juan José Campanella’s “The Weasels’ Tale” (El cuento de las comadrejas) is the festival’s curtain raiser at 5:30 p.m. on June 21.  It’s a   biting comedy about a group of eccentric film veterans from Argentina’s Golden Age of cinema— a beautiful starlet, an actor in the twilight of his life, a witty screenwriter, and a cunning director— who live together in a mansion. Their unusual life is turned upside down when the house becomes the target of young real estate developers, forcing the elderly inhabitants to come together and conspire to drive the couple away and keep their home.

Director Loretta Todd’s debut feature film “Monkey Beach” closes the festival on Sunday, June 27, starting at 4 p.m. It’s based on Edna Robinsons’ eponymous novel.  After Lisa (played by Secwépemc actor Grace Dove) is served notice by her cousin’s ghost to return to her native village, she sets out on an epic journey to save her brother and contend with the mystical creatures that lurk in the woods nearby. An interactive Q&A with Todd and Dove, that will be livestreamed on TAFFNY’s Facebook and YouTube pages, follows the screening.

Juan Carlos Mercado, Dean of the CWE, said TAFFNY has become a platform to continue with CWE’s mission, which is to create bridges of understanding between the various cultures that make up its student body with the stories and filmmakers of The Americas.

“This year under the motto “knowledge is power in TAFFNY,” we want to highlight the work that filmmakers make to discover and provide different angles and facets of historical events that as human beings it is up to us to understand,” said artistic director Diana Vargas.