Editing the Documentary with Carla Gutierrez 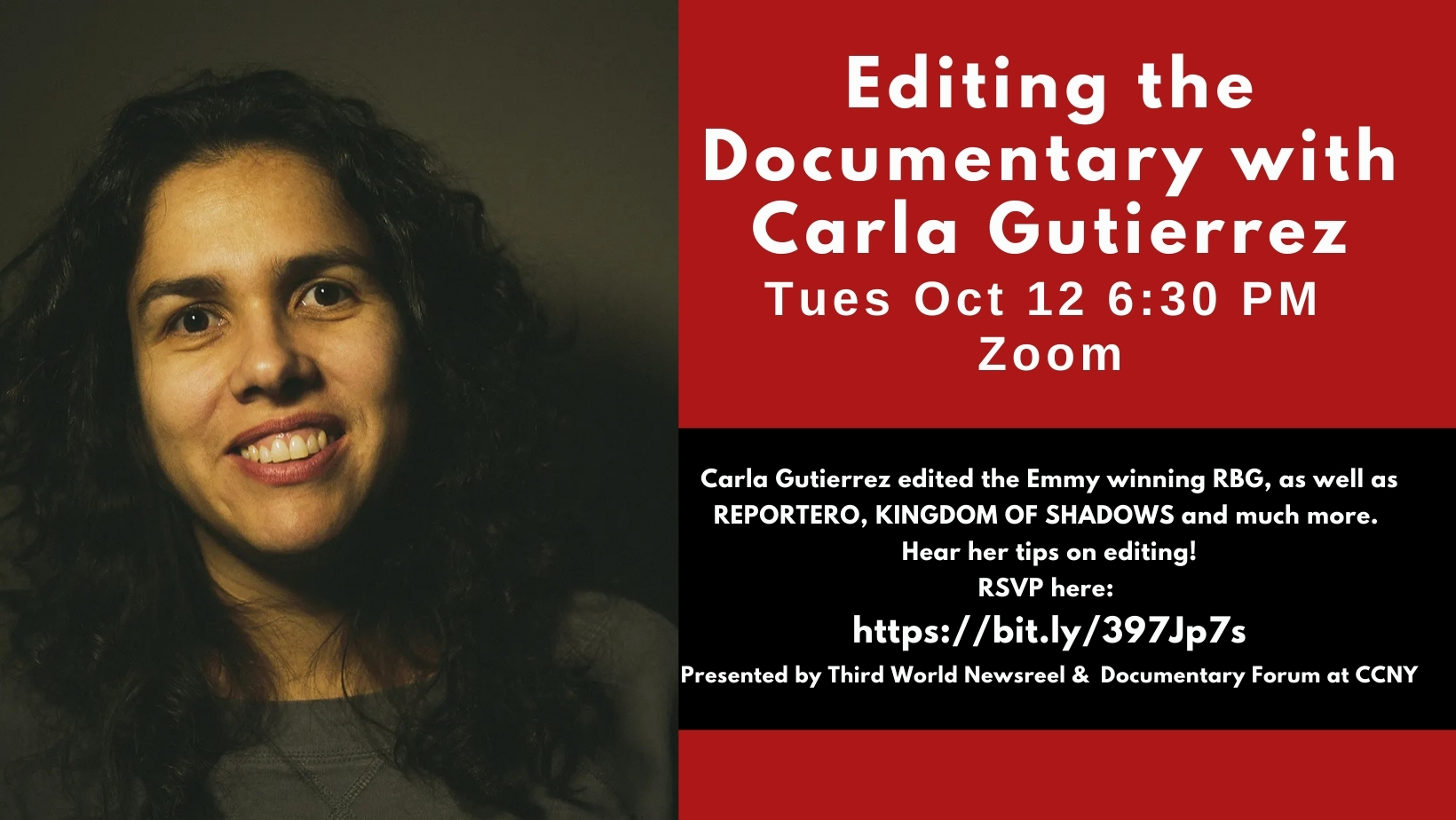 Carla Gutierrez edited the Emmy winning RBG, as well as REPORTERO, KINGDOM OF SHADOWS and much more. Hear her tips on editing!

Carla Gutierrez is an ACE Eddie nominated editor, who will share her advice on approaching an editing project, with helpful information for emerging filmmakers about working with editors, and with editors on working with directors.

Carla has been an adviser for the Sundance Edit Lab, a mentor for the Firelight Producers’ Lab and she is a member of the Academy of Motion Pictures.

Join us in this virtual workshop as Carla shows clips, talks about style and process and negotiating in editing and about the new initiative to promote BIPOC editors.

A presentation of Third World Newsreel and the Documentary Forum at CCNY.