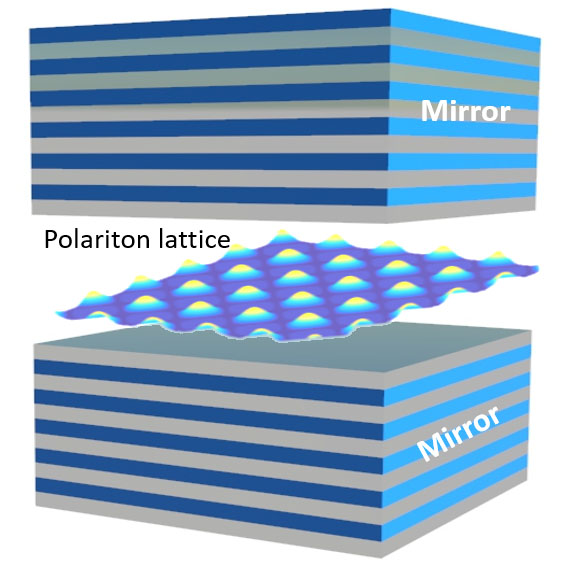 Supported by a $2 million grant from the National Science Foundation, physicists at The City College of New York are embarking on a four-year research project to develop chip-scale quantum emulators. The outcome could include the ability to solve diverse computationally intractable problems from protein folding and neural networks to the dynamics of financial markets.

Also known as quantum simulators, emulators are used to simulate computationally complex and experimentally inaccessible problems using a controllable quantum system. “Such a simulator is a task-specific device that mimics the physical behavior of a system of interest that is computationally hard to model or experimentally difficult to realize,” said Vinod Menon, chair of physics in City College’s Division of Science and the project’s team leader. The team includes CCNY physicists and engineers Sriram Ganeshan, Alexander Khanikaev and Carlos Meriles as co-principal investigators.

“In this project, the team will take a distinct approach based on half-light half-matter quasiparticles (a.k.a. exciton-polaritons) as a ‘programmable quantum matter’ platform to realize chip-scale quantum emulators,” added Menon. “Specifically, we will use organic molecular systems combined with light-trapping structures to simulate systems ranging from magnetism to electron transport in quasicrystals.”

Students in the Division of Science – both undergraduate and graduate – as well as postdoctoral associates will benefit from the project by receiving training in quantum technologies.

In addition, outreach efforts will focus on developing a curriculum to introduce concepts of quantum technologies to high school students.

The program is jointly funded by the NSF’s Quantum Leap Big Idea Program and Office of International Science and Engineering.