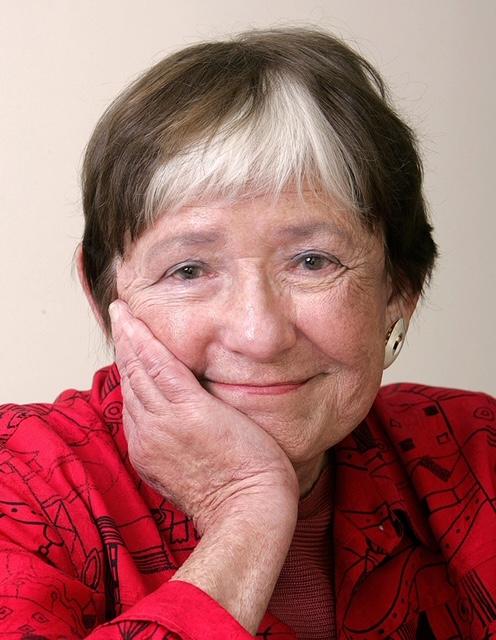 The late CCNY physicist Myriam Sarachik who pledged a $1.5 million gift to City College for the establishment of an endowed visiting professorship in physics.

Trailblazing physicist Myriam P. Sarachik’s remarkable legacy at The City College of New York, where she spent more than 50 years teaching and conducting groundbreaking research before her death at age 88 last October, is set to continue, thanks to a $1.5 million pledge before her passing. The pledge establishes the Myriam Sarachik Professorship Fund for a visiting physics professor in CCNY’s Division of Science. The naming is subject to approval by the CUNY Board of Trustees.

The endowed visiting professorship shall remain in perpetuity, in accordance with Sarachik’s wishes. Additional estate distributions, along with further donations from family, colleagues, and friends are expected.

City College’s senior leadership and faculty applauded the late physicist and her generosity.

“Myriam Sarachik embodied the very best values of our college,” said CCNY President Vincent Boudreau. “She had a joyful and insatiable curiosity, an eagerness to teach what she learned, and a deep concern for the people around her; a concern that encompassed students, faculty and staff.  Before she left us, she chose to advance the work of the college via this generous gift, insuring that science education and research would continue at CCNY as it has for these past decades: encouraged and advanced in the benediction of her expansive and warm support.”

Vinod Menon, Chair of Physics, said Sarachik’s gift truly reflected her generosity, commitment to the Physics Department, CCNY, and her lifelong passion for science. “This gift will help us continue her legacy by attracting world class physicists who will contribute to our department’s excellence. We are extremely grateful to Myriam and her family for this generous gift which will have a lasting impact,” he added.

The $1.5 million gift will be distributed through The Foundation for City College whose Executive Director, and Vice President of the Office of Institutional Advancement and Communications, Dee Dee Mozeleski, said of Sarachik: “Her gift to the Foundation, in support of a campus she knew well and loved deeply, will reverberate for decades to come and we are grateful to her and her husband, Philip and daughter, Karen, for their commitment to ensuring her vision lives on.”

Mozeleski added that Sarachik was tremendously impactful as a scientist, a researcher and teacher. “And in those areas, where she especially pulled in women from across the academic and non-academic universes and reminded us that there is a place for each of us and that place reminds us to generously welcome each new generation of students and colleagues who come to City.”

World renowned for her phenomenal contributions to the physics of electronic transport in solids and molecular magnetism, Sarachik was Professor Emerita at CCNY when she died last fall. She’d previously served as Distinguished Professor of Physics.

Among her numerous awards was the Medal for Exceptional Achievement in Research from the American Physical Society in 2020 for “fundamental contributions to the physics of electronic transport in solids and molecular magnetism.”

Sarachik was a rarity in experimental physics because of her gender. In addition to overcoming bias against women in science she would become a mentor to generations of younger women in the field and was a life-long advocate for the human rights of all scientists.