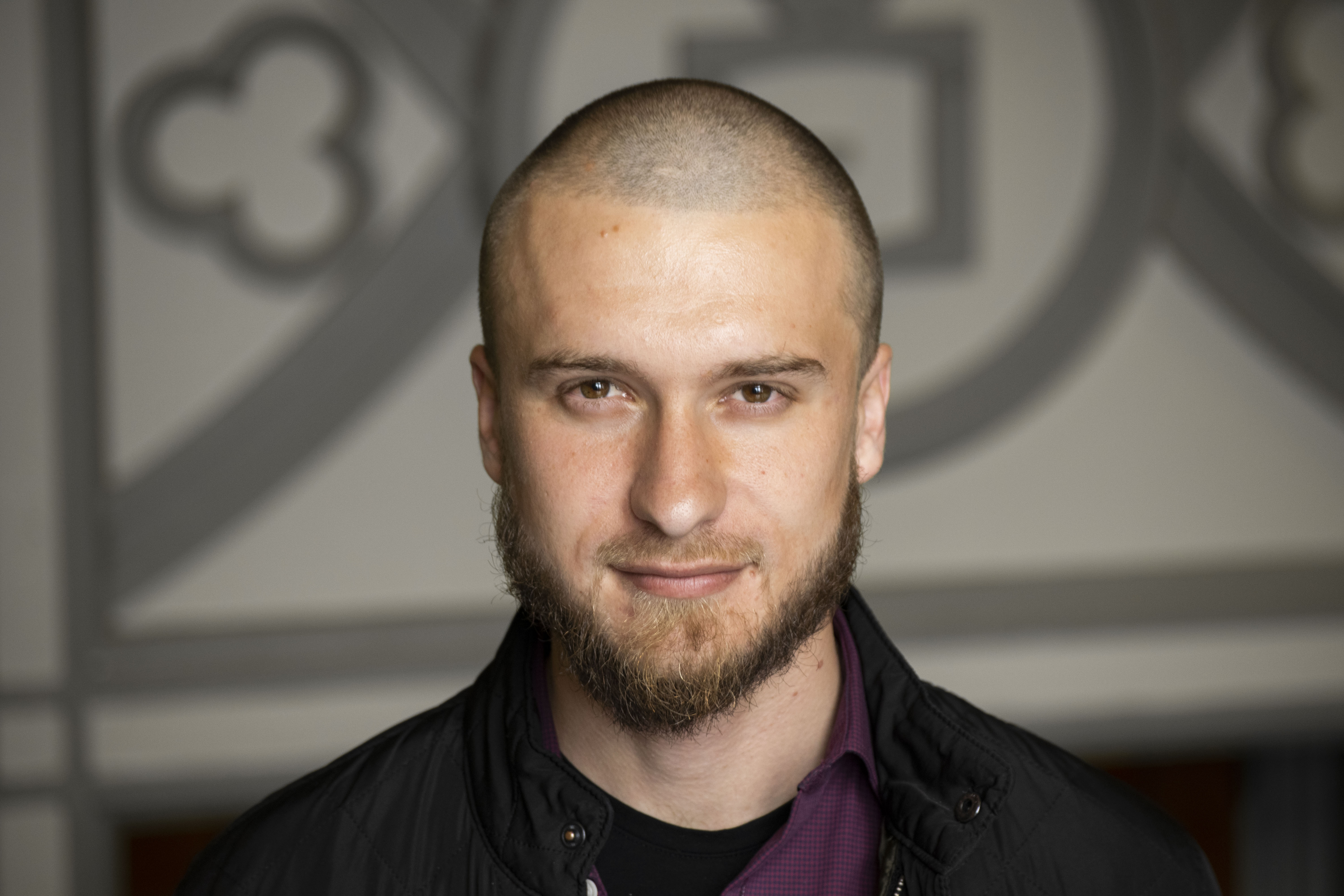 CCNY PhD candidate Fatlum Hajredini is among stellar young scientists from around the world selected to attend the Lindau Nobel Laureate Meeting.

Fatlum Hajredini, a PhD candidate at the Graduate Center, CUNY, and in The City College of New York’s Division of Science, is one of more than 600 stellar next-generation scientists selected globally for the 70th Lindau Nobel Laureate Meeting in Lindau, Germany. But the unique get-together between some of the world’s most promising scientific minds and up to 70 Nobel Laureates in the natural sciences scheduled for June 28 – July 3, is now postponed to 2021 because of the COVID-19 pandemic. The new date for what the organizers term a “cross-generational and interdisciplinary exchange” is June 27 – July 2.

Hajredini, a bio-chemistry major, earned his ticket to Lindau after a highly competitive two-tier selection process. He emerged top of the class among his peers nominated by City College’s Division of Science and then submitted a successful application package to the organizers of the Lindau Meeting.  The package included an essay, his CV, details of his research and records of his publications.

A Kosovo native who came to the United States in 2012, Hajredini’s interdisciplinary research at the City College Center for Discovery and Innovation (CDI) is on the interface of physics, chemistry and biology. He will discuss his research with compatriots and Nobel Laureates in Lindau next year.

“My work centers around understanding how a class of proteins, known as protein kinases, perform their function at the atomic level,” said Hajredini. “Protein kinases play key roles in proper cellular functions and malfunctioning of these proteins is commonly associated with the emergence of some of the most devastating diseases. Thus, understanding how these proteins perform their functions is key to developing strategies to treating these diseases.

“In assessing the bio-physical properties of protein kinases, we utilize a vast array of methods ranging from standard biochemical assays to advanced computer simulations. This requires some degree of expertise in most the basic sciences including biology, chemistry, physics, and information science. Thus, my work and training as a PhD candidate is truly interdisciplinary, which has made me the optimal candidate for the Lindau Nobel Laurate interdisciplinary meeting.”

A resident of Hamilton Heights near City College, Hajredini earned his undergraduate degree in biology from CCNY. Ranajeet Ghose, professor of chemistry and biochemistry, is his mentor at the CDI.

About the Lindau Nobel Laureate Meetings
Since their foundation in 1951 the Lindau Nobel Laureate Meetings have developed into a unique international scientific forum. The annual Meetings provide an opportunity for an exchange between different generations, cultures and disciplines. The theme of the Lindau Meetings alternates between Physics, Chemistry or Physiology and Medicine – the three Nobel Prize scientific disciplines. Every five years an interdisciplinary Meeting takes place, while the Lindau Meeting on Economic Sciences is held every three years. Through the medium of various declarations (2015 on Climate Change, 1955 Against the Use of Nuclear Weapons) the scientists have repeatedly joined in the public debate with political appeals.