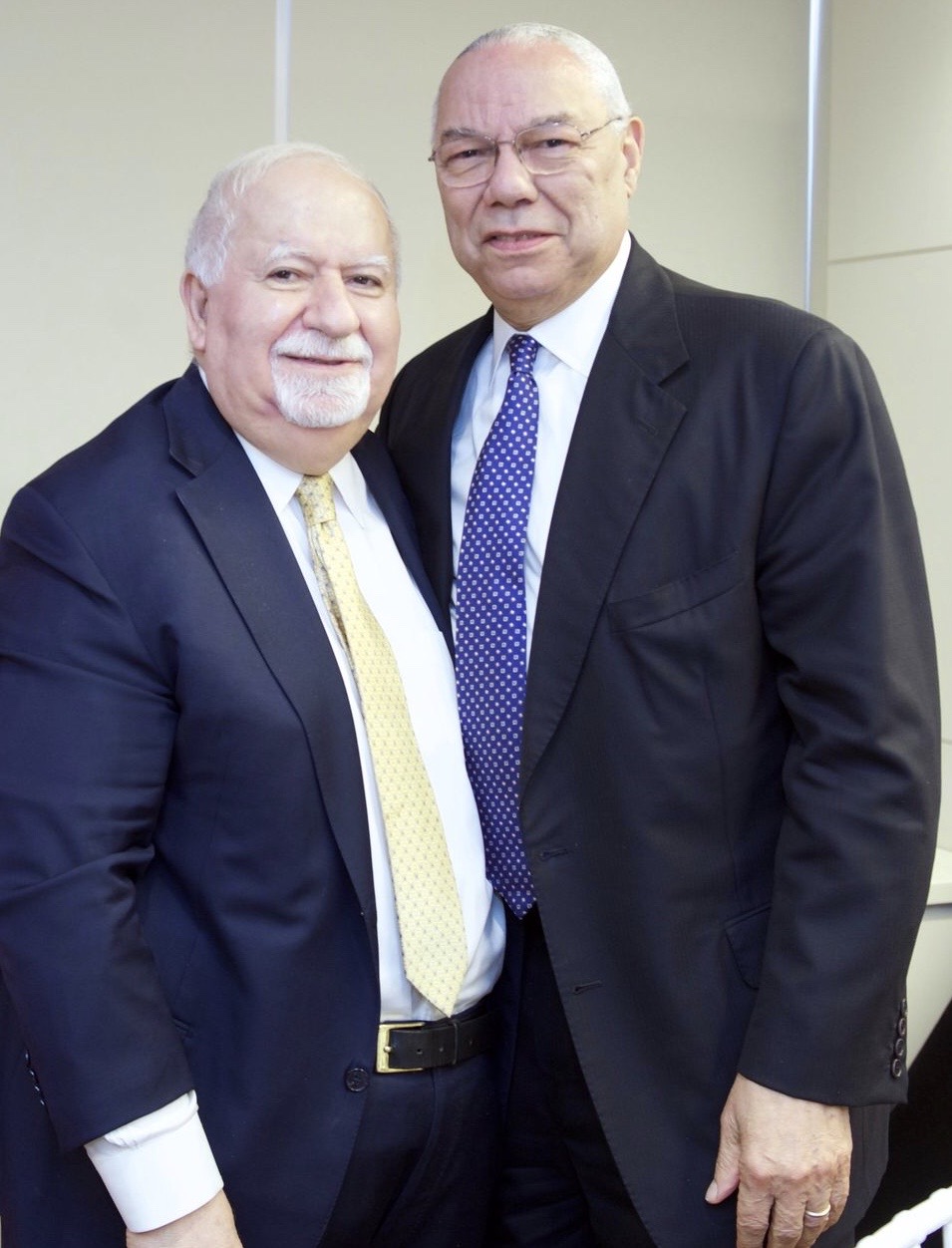 Vartan Gregorian (left) with Gen. Colin L. Powell, USA (ret.), CCNY Class of 1958 and Chair of the Colin Powell School Board of Visitors on which Dr. Gregorian served.

The City College of New York is mourning Vartan Gregorian, a distinguished member of the Colin Powell School for Civic and Global Leadership Board of Visitors, noted scholar, philanthropic leader, and president of the Carnegie Corporation of New York. He died last Thursday aged 87.

“Vartan Gregorian was the consummate humanitarian and a great friend to the College,” said City College President Vincent Boudreau. “His staunch advocacy for the rights and interests of immigrants in society, in particular, struck a strong and resonant chord with our own mission.”

Gen. Colin L. Powell, USA (ret.), a 1958 CCNY alumnus, remembered Gregorian fondly. “Vartan Gregorian was a very dear friend of mine. I had known him for decades. He always shared a smile and a warm story.  He was so proud of his immigrant background, but even prouder of his American citizenship.

"When we formed the Powell School at CCNY, I immediately called Vartan and asked him to serve on our board of visitors. He agreed and was a devoted member. We will never forget his charming presence and his devotion to the school.  I will never forget this dear person. Nor will the school.”

Colin Powell School Dean Andrew Rich hailed Gregorian, a long-time member of the School’s Board of Visitors, as “a luminary in the philanthropic world, with an unmatched intellect, a dedication to social change, and a deeply held commitment for bettering the lives of young people, not least those who shared his experience as immigrants.

“Most recently, he was one of the first to step up with emergency aid for our students during this pandemic, giving both personally and through the Carnegie Corporation. As Dean of the Colin Powell School, I have benefited enormously from his mentorship. We will miss his creativity, wisdom, and kindness.”

Prior to leading Carnegie, Gregorian served for nine years as the 16th president of Brown University.

For eight years (1981-1989), Gregorian served as a president of the New York Public Library, an institution with a network of four research libraries and eighty-three circulating libraries. He was appointed president of Brown University in 1989.

Gregorian was recipient of numerous honors. He received the Medal of Freedom, the nation’s highest civil award, from President Bush in 2004. He’d been awarded the National Humanities Medal by President Clinton in 1998.