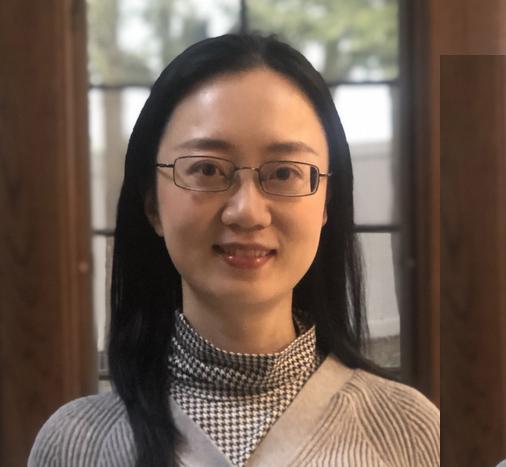 Jing Fan from CCNY's Grove School of Engineering, is the recipient of an NSF CAREER Award.

Jing Fan, assistant professor in the Grove School of Engineering, is the sixth City College of New York faculty to receive a National Science Foundation (NSF) CAREER Award since 2018.  A mechanical engineer, her $546,626 award over five years is for her research project entitled: “Microfluidic development of dual-gel culture matrices for studying effects of interstitial flow on cellular behaviors.”

Fan’s research interests lie primarily in the areas of soft materials and complex fluids. Her CAREER project will develop new tissue-mimetic, “dual gel” materials as cell culture matrices that allow for independent control of relevant biophysical and biochemical properties, such as matrix permeability, stiffness, confining pore size, and cell-binding site density. The project will also use the new biomaterials to study the effects of interstitial flow on cancer cell migration. Other research activities in her group include studying dispersed flow in porous media, structure and stabilization of foams and emulsions, and developing functional micro materials.

Prior to joining CCNY in 2016, Fan was a postdoctoral fellow at Harvard University during 2012-2016 working on microfluidics for materials production and flow in porous media. She earned her PhD from The University of Hong Kong in 2012. Her study focused on volume averaging analysis in multiphase systems and computational fluid dynamics.

About the NSF CAREER Program
NSF’s Faculty Early Career Development (CAREER) Program is a Foundation-wide activity. It offers the NSF’s most prestigious awards in support of early-career faculty who have the potential to serve as academic role models in research and education and to lead advances in the mission of their department or organization. Activities pursued by early-career faculty should build a firm foundation for a lifetime of leadership integrating education and research.