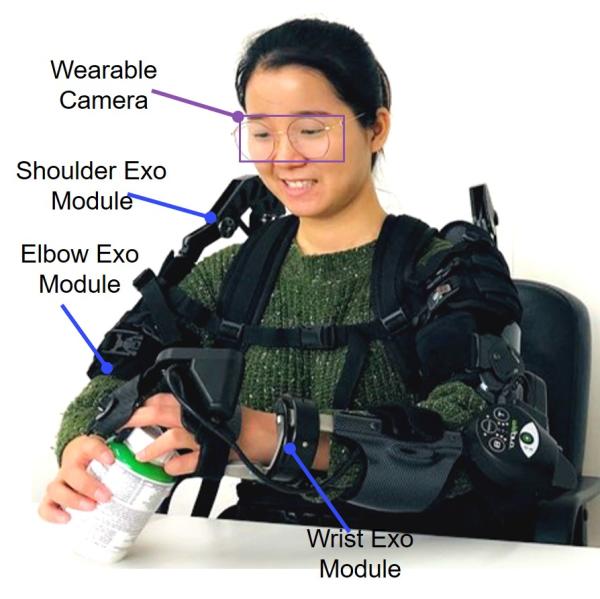 Concept of wearable soft robot to enhance the physical capabilities of people with impaired upper limbs, bettering their employment prospects.

Hao Su, a robotics specialist in The City College of New York’s Grove School of Engineering, heads an interdisciplinary team of experts from three universities in a $2.78 million National Science Foundation (NSF) project to develop a perceptive and adaptive soft (PECASO) wearable robot. Dubbed “The Future of Work Program,” it could lead to improved employment opportunities for workers with upper body disabilities.

On the other component of the project, Su said his experts would add to the little existing research on the economic effects of assistive technologies; and the employer and government policies that can facilitate positive outcomes for people with disabilities, employers, government, and society, overall. “Our convergent team, composed of experts in robotics, computer vision, control, training, economics, and policy.”

Su estimates that there are nearly 20 million people aged 15 and over in the United States with upper-limb impairments unable to join the workforce. He noted that the economic cost of low employment among people with disabilities has not been well quantified, but given that Social Security Disability Insurance alone costs close to $5 billion per month, the total cost of lost output plus government disability income easily runs into tens of billions of dollars per year,” he said.

A leader in exoskeleton research and development, Su directs the Biomechatronics and Intelligent Robotics Lab in CCNY’s Grove School.

The smart soft robot is a unique interdisciplinary platform that incorporates three rapidly advancing areas of science including soft robotics, robot perception, and learning-based control. It promotes and supports research opportunities for underrepresented undergraduate and graduate students from diverse backgrounds. Su will develop wearable robot kits and continue his efforts to engage and mentor minority students through experiential learning.