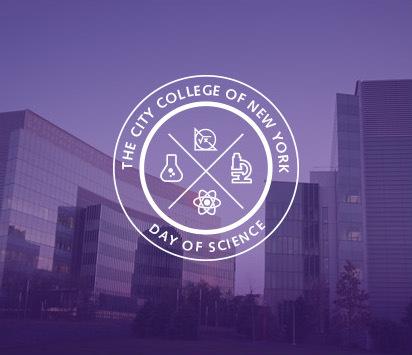 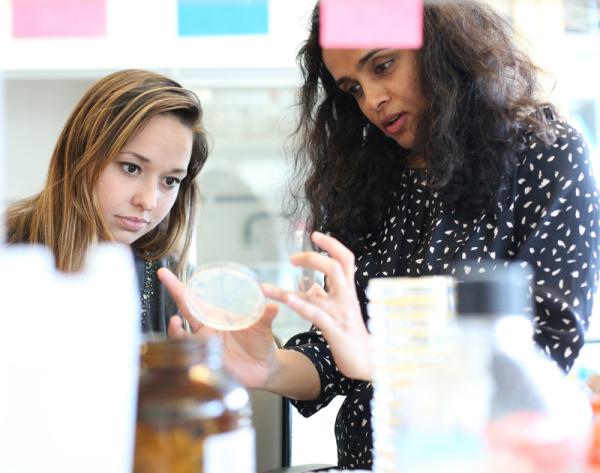 Biology professor Anu Janakiraman and a student. Janakiraman is one of the presenters at CCNY's inaugural Day of Science.

In its most recent annual rankings, U.S. News & World Report lists The City College of New York among the “Best Global Universities for Physics.” The category recognizes institutions around the world that have shown strength in producing research in a wide range of topics related to physics, including  the study of matter and energy. On Thursday, April 11, City College provides a glimpse of its advances in that and other scientific fields when it presents its inaugural Day of Science.

Demonstrations, presentations and lab tours highlighting the diverse research by faculty in the Division of Science are part of the program, from 1 p.m. to 5:30 p.m., at three locations on the CCNY campus:

The sessions are [click here for faculty presenters, locations and to register]:

“This is a celebration of our faculty and the role of CCNY in the world of science,” said Nair. “Through a combination of faculty talks and lab tours we will highlight the cutting-edge research taking place in the
Division of Science.”

Nair noted that in addition to CCNY’s U.S. News & World Report ranking as one of the best global universities for physics, its high quality scientific research has also been recognized elsewhere. “We are listed in the `Doctoral Universities: High Research’ category of the Carnegie Classification of Institutions of Higher Education, so our inaugural Day of Science provides an opportunity for us to showcase our best in research.”

City College’s science tradition spans generations. Since 1970 its Division of Science has produced nine of CCNY’s 10 Nobel Prize Laureates. They are:

John O’ Keefe, who graduated in 1963 with a BA in psychology, is CCNY’s other Nobel Laureate (Physiology or Medicine 2014).