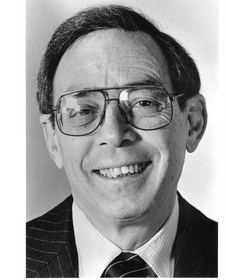 H. Jack Geiger, the CCNY Professor Emeritius who used medicine to fight poverty, racism and the threat of nuclear destruction.

The City College of New York is mourning the passing of H. Jack Geiger, Professor Emeritus and a founding faculty member of the Sophie Davis School of Biomedical Education at CCNY that became part of the CUNY School of Medicine (CSOM). He was 95.

“Dr. Geiger was the founding Chair of the Department of Community Health and Social Medicine (CHASM), which he chaired from 1978 until his retirement in 1996,” said Erica Friedman, MD, Interim Dean, CSOM. “He established our School’s focus on community health through the development of a series of population health courses that became the educational foundation of the mission of CSOM. His commitment to social justice and human rights was the foundation of his educational vision for the Sophie Davis program and the CUNY School of Medicine.”

Dr. Geiger designed the Community Health Center (CHC) model in the United States by establishing two clinics in the 1960s: one in Boston’s Columbia Point District and the other in the Mississippi Delta. Today, CHCs constitute a national health center network of more than 1,200 urban, rural, and migrant centers around the country that provide high quality health care to more than 23 million people and continue to combine community-oriented primary care, public health interventions, and civil rights and community empowerment and development initiatives.

Dr. Geiger was co-founder of the Congress of Racial Equality, and served as civil liberties chairman of the American Veterans Committee. He was also a founding member and past president of Physicians for Social Responsibility, which received the Nobel Peace Prize in 1985, and of Physicians for Human Rights, which shared the Nobel Peace Prize in 1998. His work earned him numerous honors and honorary degrees, including election to Senior Membership in the Institute of Medicine and the National Academy of Sciences, and the American Public Health Association's Sedgewick Memorial Medal for Distinguished Service in Public Health. In May 2020, at CSOM’s first medical school graduation, he was presented with the CUNY School of Medicine's Inaugural Icon Award for his lifelong commitment to human rights, social justice, and access to quality healthcare for the most vulnerable populations.

The CUNY School of Medicine has been vastly enriched by Dr. Geiger's vision, passion and legacy. He will be greatly missed,” said Friedman.