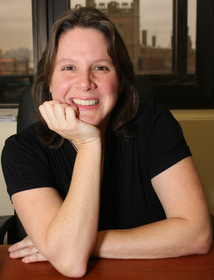 CCNY biologist Ana Carnaval will be the next speaker in the College's “Presidential Conversations" series, Thursday, February 5, 2015.

The “Presidential Conversations: Activism, Scholarship, and Engagement,” series at The City College of New York continues in 2015. Dr. Ana Carnaval, assistant professor of biology at CCNY whose research has helped develop a new biodiversity metric called “phylogeographic endemism,” is the third speaker in the series, Thursday, February 5, 4 – 5:30 p.m. in Shepard 250. Her topic will be “Integrating Biology and Environmental Sciences to Understand Biodiversity Patterns in the Tropics.”

The other scheduled speakers in the spring are:

“Presidential Conversations” is a forum that features City College faculty members in conversation with CCNY PresidentLisa S. Coico and audience members about scholarship. It debuted this fall with architectural historian Dr. Marta Gutmanas the first guest. She discussed her book, “A City for Children: Women, Architecture, and the Charitable Landscapes of Oakland, 1850-1950” (University of Chicago Press, September 2014).

Dr. Terri N. Watson, from CCNY’s School of Education, was the second speaker, December 4. Her topic was “No Child Left Behind: A Harlem Tale.”