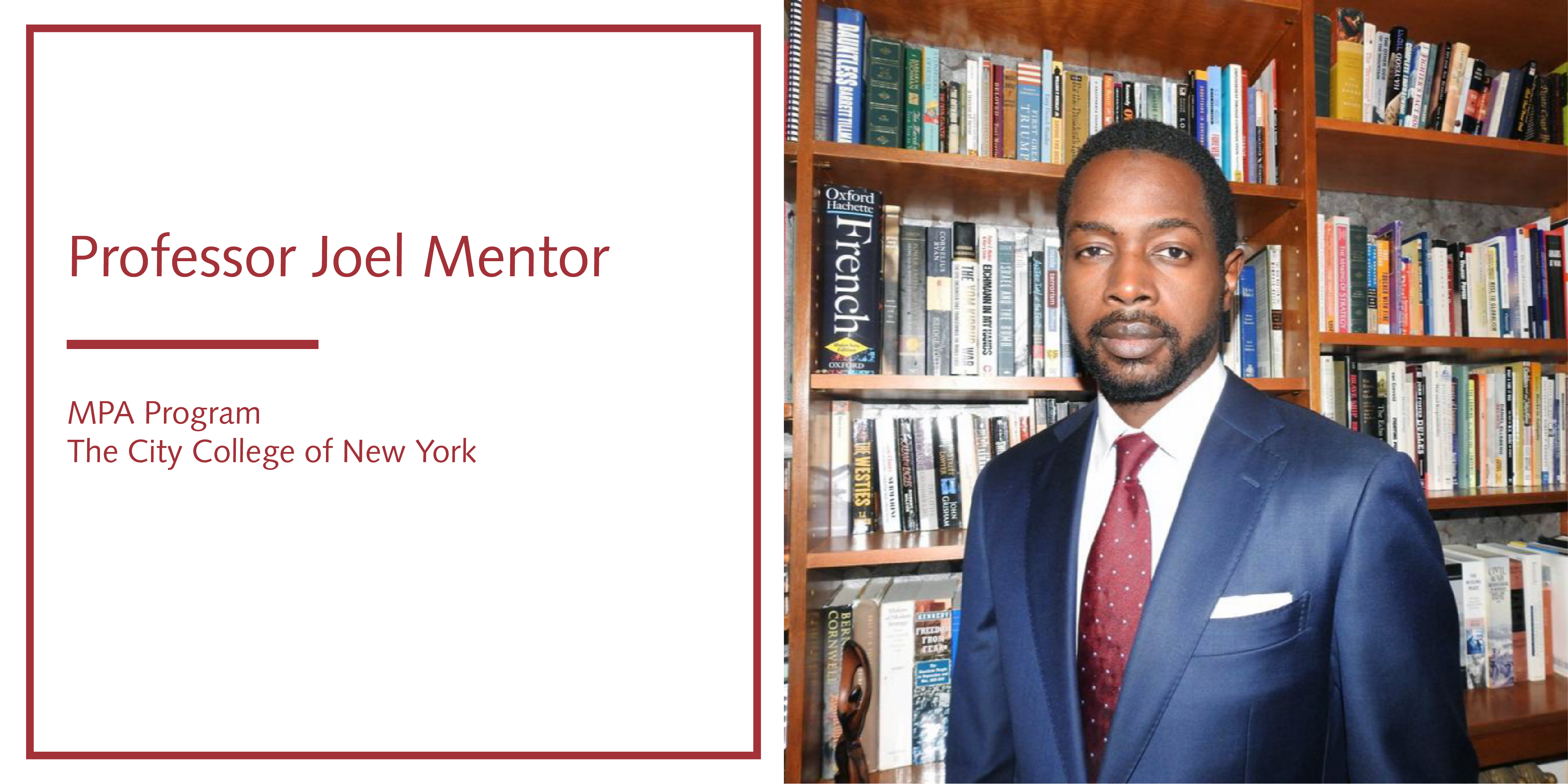 Students in Professor Joel Mentor’s course know their ideas will be taken seriously, and that means they’ll be pushed and challenged intellectually.

“I create a class environment that is safe, not in the sense that people won’t be challenged, but in the sense that they can express their views and others will treat them with respect and not try to show them up or shut them down,” Mentor said.

“And I’m not the wise man on the mountain; they can and should challenge me, as well.”

Mentor describes his teaching style as Socratic: instead of lecturing extensively, he asks questions that force people to think critically, reveal biases, and uncover truths through rigorous dialogue.

He also makes it a point to give students ample time to delve deeply into issues.

“I would rather cover less material and go into depth than cover a lot superficially. If I show the students how to dig under the surface of one topic and analyze it well, they can use that as a model and apply it to other topics – they become knowledge creators,” Mentor explained.

Professor Mentor’s course, titled Essential Skills for the Public Actor, focuses on core competencies that are relevant whether the students work in the government, nonprofit sector, or private sector.

“The students are very socially committed and dedicated to making an impact,” said Mentor. “This course aims to develop the skills that will most help them be effective as public servants and as intellectually prepared, engaged citizens.”

Students begin by learning the classic logical fallacies, such as causal bias and appeal to authority. Then they scrutinize op-eds, talk shows, activist campaigns, and each other’s arguments.

In-class discussions push students to develop the confidence to stand up and defend their ideas against opposing viewpoints.

“I have been highly impressed by students’ ability to recognize and change course when their own arguments are flawed,” Mentor said. “This requires a remarkable amount of intellectual rigor and humility, especially in today’s social media echo chambers and polarized political climate.”

The second unit of the course focuses on the fundamentals of research design, especially the ability to craft relevant questions that get to the root of issues and can be debated with evidence.

The focus then turns to storytelling. Students delve into story frames, including in media res, nested loops, and frameworks from classical Greek literature as well as non-Western works.

“Once they have thought critically about a complex problem, asked the right questions, and done the research, they need to make sense of the information and structure it into an effective narrative,” according to Mentor.

In the final unit of the course, Professor Mentor guides the students through a process of strategic career planning and professional relationship-building.

Students write about their academic and career goals, identify people with whom they would like to meet, and then attend events and set up meetings to build their networks.

Professor Mentor brings to the classroom an impressive record of professional achievement: a degree in International Relations from Georgetown, followed by a successful career as an intelligence analyst and geopolitical risk analyst in the defense and global financial industries.

In addition, as a first-generation American whose parents hail from Trinidad and Tobago, Professor Mentor connects well with his students, the majority of whom are from immigrant families.

“It is beneficial for students to see someone with their background who has done well professionally,” he continued. “They can relate to my story, and I am very transparent and vulnerable with them in this regard.”

One assignment for the course prompted students to tell their personal stories. “Many of the stories gave insight into the tribulations of being first-generation,” he said. “They connected with me, and I respected the students’ courage to tell these stories.”

While Mentor loves the challenge and fast pace of his full-time job, his passion is working as an educator with young people, in particular black men and people of low-income or immigrant backgrounds.

“I know as a boy growing up – first-generation American, black male – I know the experiences I had, I know how tough it is. So I want to provide young people with support, mentorship, and the opportunity to hone their intellectual curiosity,” he said.

Avid student of the world

When he’s not working, Professor Mentor can be found reading about the intricacies of human societies, enjoying classic or foreign cinema, or watching a good soccer match.

“I also love to travel,” he said. “I am fascinated by different cultures, meeting new people and conversing and finding out how different people see the world.”

Want to learn more about our MPA faculty? See this related post:

Motivated People Can Do A Lot without Money, but Money without People Won't Do Anything – Professor Janet Kyle on Principles of Managing People