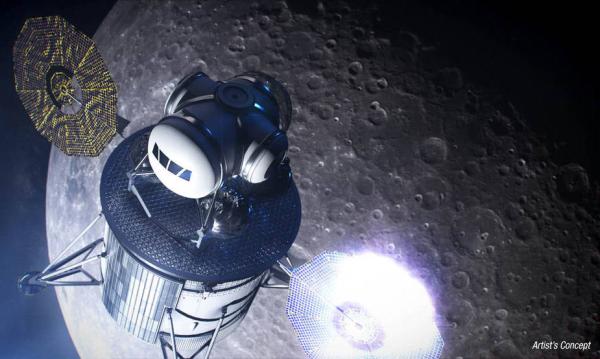 City College is the recipient of a $3 million NASA grant to develop advanced batteries for robotic spacecraft that will undertake deep space missions. Image credit: NASA.

The City College of New York is partnering with NASA on future space exploration missions after winning a $3 million three-year grant from the agency to develop advanced batteries for robotic spacecraft that will excel under the extreme temperatures and radiation of outer space. The funding from NASA’s MUREP Institutional Research Opportunity (MIRO) will establish the NASA-CCNY Center for Advanced Batteries for Space at CCNY in collaboration with NASA’s Jet Propulsion Lab (JPL) and Northeastern University.

Messinger outlined the strengths of the partnering institutions: “we are excited to work with JPL and our partners to establish this new center, which will not only develop next-generation batteries to enable entirely new mission concepts in planetary science, but also train a highly skilled, diverse STEM workforce in electrochemical energy storage, an area of strategic importance for NASA and the nation,” he said. “CCNY brings extensive expertise in novel battery development, student training, and management. Northeastern University brings experience in advanced battery characterization while JPL brings deep knowledge of batteries for spaceflight as well as facilities that permit device testing under the extreme conditions encountered in space and other planets.”

In addition to designing hi-tech batteries that will significantly enhance the scope and ambition of future NASA planetary science missions, CCNY and its partners will establish a multi-faceted student internship program between CCNY and JPL, a student exchange program between CCNY and Northeastern University, and an undergraduate summer research program at CCNY. Participants in the latter will be from local and regional schools, including CUNY’s Hostos and Bronx community colleges.