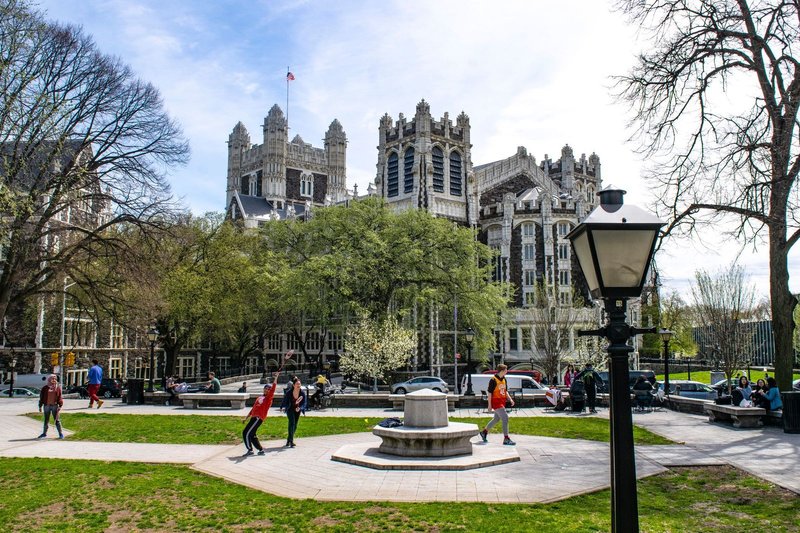 CCNY enjoys another year as one of the Princeton Review's top ranked schools in the Northeast, and one of the best academic institutions in the world, according to the ARWU.

A constant presence on annual rankings of the world’s top schools, The City College of New York once again makes the list of The Princeton Review’s best colleges in the Northeast. CCNY is also listed among the best 1,000 schools globally in the latest Academic Ranking of World Universities (ARWU).

The Princeton Review’s “2021 Best Colleges: Region by Region” website feature recognizes CCNY as one of the 224 best colleges in the Northeast.

The website feature salutes a total of 655 colleges that The Princeton Review recommends over five regions: the Northeast, Southeast, Midwest, West, and International. The colleges that made the "Best in the Northeast" list are located in eleven Northeastern states and the District of Colombia. The schools in each region are listed in alphabetical order by school name, and not ranked.

Collectively, the colleges on The Princeton Review’s “regional best" lists for 2021 constitute about 23% of the nation's 2,800 four-year colleges.

"We chose City college and the other outstanding institutions on this list primarily for their academics," said Robert Franek, The Princeton Review's Editor-in-Chief. He noted that the company considered data from its survey of administrators at several hundred colleges in each region, information from staff visits to schools over the years, and the opinions of college counselors and advisors whose perspectives the company solicits. "We also consider what students enrolled at the schools reported to us on our student survey about their campus experiences," Franek added.

In addition to City College’s selection as a Best Northeast College, The Princeton Review also lists CCNY as a Green College in its website profile.
The Princeton Review is an education services company known for its tutoring, test-prep, books, and other student resources. Headquartered in New York, NY, it is not affiliated with Princeton University.

In the Academic Ranking of World Universities released by ShanghaiRanking Consultancy, City College is in the top half of the world’s 1,000 best universities. It’s tied at #401 with 99 other schools. CCNY’s national/regional ranking, according to ARWU’s methodology, is #115.

Universities are ranked by several indicators of academic or research performance, including alumni and staff winning Nobel Prizes and Fields Medals, highly cited researchers, papers published in “Nature” and “Science,” papers indexed in major citation indices, and the per capita academic performance of an institution.

Since 2003, ARWU has been presenting the world top universities annually based on transparent methodology and objective third-party data. It has been recognized as the precursor of global university rankings and the most trustworthy one.

The Princeton Review and ARWU rankings add to CCNY’s national and international recognition in 2020. Others include: