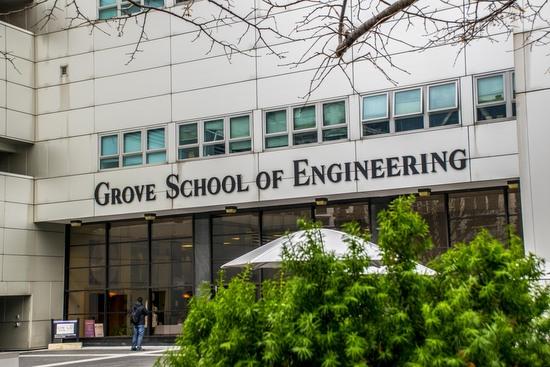 U.S. News & World Report lists CCNY's Grove School of Engineering among the best in its 2021 rankings.

City College of New York’s Grove School of Engineering, the only public school of engineering in the metropolitan area, once again ranks among U.S. News & World Report’s Best Graduate Schools. Of the 200 elite graduate engineering programs listed nationwide, the Grove School is #129, according to the 2021 U.S. News rankings released today. The recognition comes as the Grove School celebrates its centennial.

U.S. News also ranks three other City College programs – fine arts in the Division of Humanities and the Arts [#64]; and the Colin Powell School for Civic and Global Leadership offerings clinical psychology [#101] and public affairs [# 141], among the best nationally.

In the Grove School, biomedical engineering is the highest ranked program at #58. It is tied with five other schools including Dartmouth College (Thayer) and University of Alabama – Birmingham.

Chemical engineering is #61, tied with four schools including Clemson University (SC) and University of Illinois – Chicago.

Other Grove programs ranked nationally by U.S. News are:

Grove’s #129 overall ranking nationally means that it moves up five places from #134 in the 2020 rankings.

The Best Graduate Schools rankings in these areas are based on two types of data: expert opinions about program excellence and statistical indicators that measure the quality of a school's faculty, research and students.

The data for the rankings in all six disciplines come from statistical surveys of more than 2,054 programs and from reputation surveys sent to more than 22,018 academics and professionals, conducted in fall 2018 and early 2019.

A distinguished member of CCNY’s Class of 1960, Grove was a founder and former chairman of Intel Corp, one of the world’s leading producers of semiconductor chips.