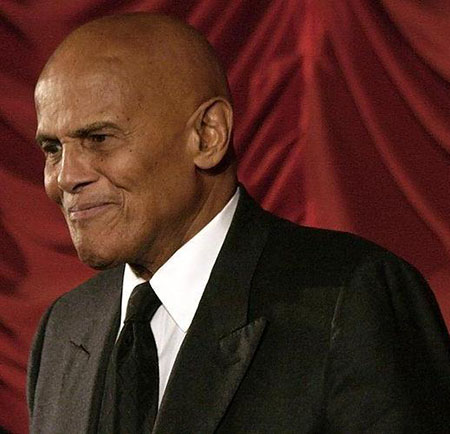 As he celebrates another milestone birthday, Harry Belafonte, the entertainment icon and Civil Rights activist, is getting a new honor from The City College of New York, with which he’s closely associated. CCNY announces the Harry Belafonte Award for Best Essay on Social Justice.

The annual award, which carries a $300 prize, will be presented to a deserving City College undergraduate, regardless of major, by the Black Studies Program in CCNY’s Division of Humanities and the Arts.

Topics will be around social justice. Sample topics include police profiling of people of color, housing discrimination, segregated schools and economic disparities -- issues on which Belafonte has taken a strong stand.

This is the latest recognition of Belafonte’s outstanding professional and activist career. The Harlem native, who turned 93 on March 1, received The City College Alumni Association’s John H. Finley Award in 2002 for exemplary and dedicated service to the City of New York.

In 2011, Belafonte gave the CCNY Black Studies Program’s keynote address in celebration of Black History Month. In 2018 and 2019, celebrations of Belafonte’s 91st and 92nd birthdays took place in The City College Center for the Arts.

About Harry Belafonte
Harry Belafonte was born in Harlem in 1927 to parents from the Caribbean.  Between 5 and 13 years of age he lived in Jamaica and then returned to Harlem with his mother.  He dropped out of high school, joined the Navy, and entered show business. Initially singing with jazz bands, Belafonte turned to Calypso songs of Caribbean origin, for which he became famous. He wrote (with Irving Burgie) the beautiful song, “Island in the Sun.” He also starred in movies and became the first African American to host his own TV show.

Belafonte has been very active in civil rights.  A close friend of Martin Luther King, Jr., Belafonte has provided large funding for voter registration drives. He also fought against Apartheid in South Africa, and has worked hard to give people of African descent opportunities  in the entertainment industry.