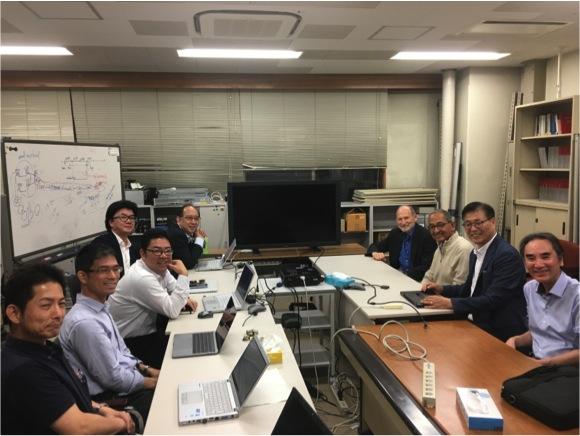 Researchers from The City College of New York’s Grove School of Engineering are working to safeguard the Internet from cyber attacks and are receiving a boost that could lead to more trustworthy networks.

The boost comes in the form of a grant from the National Science Foundation to explore advanced resilient Internet architectures. The $450,000 grant is in partnership with the Kuytech Institute in Japan and additional support from the Japanese Science Foundation.

It will be used to address research challenges associated with enabling trustworthy networks supporting the Internet of Things (IoT), which encompasses everything connected to the Internet, and cyber-physical systems (CPS), which is a mechanism that is controlled or monitored by computer-based algorithms.  The IoT and CPS are becoming prevalent in everyday life, enabling a wide array of related emerging services and applications in cities and communities, including health, transportation, energy, utilities and other areas.

“The future Internet architecture must be able to deal with massive number of devices: computers, home appliances, autonomous connected vehicles,” said principal investigator Tarek Saadawi, electrical engineering professor at the Grove School. “It is estimated that 20 billion devices will be connected to the Internet by 2020, and they must be able to sustain and be resilient to all kind of failures due to cyber attacks, traffic surges, node failure and others.”

The grant runs for three years and will cultivate a wider scholar exchange program between Kyutech and CCNY building on a cooperation that already exists between the two institutions. Saadawi adds that they plan on connecting the two campuses, through the Internet2, a dedicated global research network, aiming to have a virtual private network connection so that there is direct communication bandwidth between each of the research laboratories.