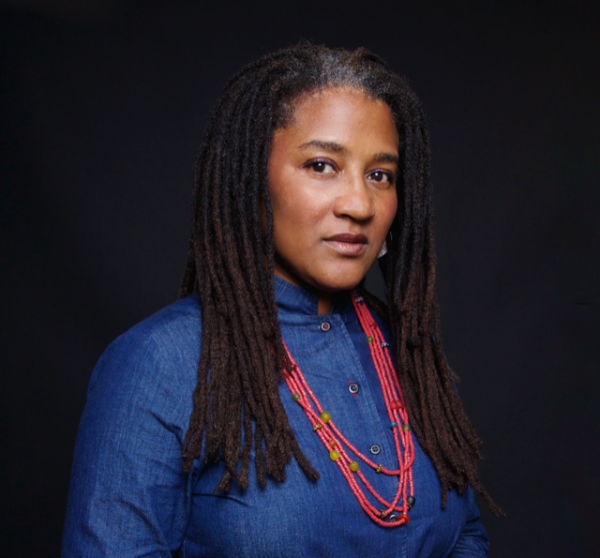 The medal is awarded to highly distinguished writers from throughout the African American diaspora. It recognizes honorees for their impressive works of poetry, fiction, drama, autobiography and critical essays that help to celebrate the memory and tradition of Langston Hughes. Past award winners include:

“Sweat” will have a three-day run at City College, Nov. 10-12, in Aaron Davis Hall’s Theatre B, located at West 135th St. and Convent Ave. It will be produced by the CCNY Division of Humanities and Arts’ Theater Department. For tickets, call 212-650-6666 or click here for more information. Click here to register.

Nottage’s plays have been produced widely in the United States and globally. Her recent work includes the book for “MJ the Musical” (Broadway), the libretto for the “Intimate Apparel Opera” (LCT), and “Clyde’s” (Broadway, 2ST, Goodman Theater), and co-curating the performance installation “The Watering Hole” (Signature Theater).
Her past work includes “Sweat, Ruined,” the book for “The Secret Life of Bees;” “Mlima's Tale;” “By the Way, Meet Vera Stark;” “Intimate Apparel;” “Fabulation, or the Re-Education of Undine;” “Crumbs from the Table of Joy;” “Las Meninas;” “Mud, River, Stone;”  “Por’knockers;” and “POOF!” She’s also developed “This is Reading,” a performance installation in Reading, Pennsylvania.

Nottage is the recipient of a MacArthur "Genius Grant" Fellowship (among other awards), is an Associate Professor at Columbia University School of the Arts, and is a member of the Dramatists Guild. Click here to read her entire bio.