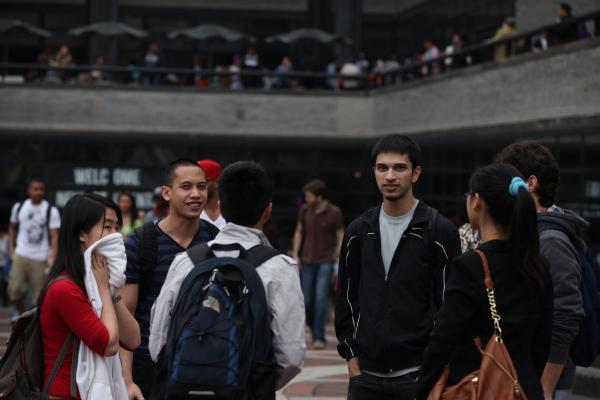 CCNY is #1 in the U.S. for Best Value and #6 for Environment, which includes student diversity and inclusion, according to the latest Wall Street Journal/Times Higher Education Best College Rankings.

The City College of New York ranks #1 for Best Value among the top 250 U.S. schools, according to the 2022 Wall Street Journal/Times Higher Education Best College Rankings. The publications determined this by dividing each institution’s overall score by its net price.  City College, #212 overall on the rankings out of 796 colleges and universities, was followed in second place by another CUNY school, Baruch College, for value.

CCNY also ranked #6 for Environment, a category that reflects four elements that are fortes for CCNY, which has a student body representing more than 150 nationalities.

Following is a breakdown of the WSJ/THE Environment scoring for CCNY.

CCNY placed in the first decile for Environment and climbed two places from its eighth ranking nationally by WSJ/THE last year.

Regionally, City College was ranked #82 out of 258 institutions in the Northeast.

Before that, Forbes’ first Covid-era rankings of the nation’s most outstanding schools maintained City College’s standing among the best, from an exclusive field of 600 four-year schools drawn from the nearly 2,700 such degree-granting institutions in the U.S.

In August, the Princeton Review named City College one of the nation's best institutions for undergraduates.

About the WSJ/THE Rankings
The Wall Street Journal/Times Higher Education College Rankings is a pioneering ranking of U.S. colleges and universities that puts student success and learning – based on 100,000 current student voices – at its heart. Developed in partnership with US experts and universities, the ranking captures four key areas of performance: the resources available to support education at an institution, the ability of degree programs and teaching to stimulate learning; the diversity and inclusiveness of a college environment, and the propensity of an institution to contribute to students’ success.