The Campus is the oldest student-run publication in the CUNY system -- and one of the most recognized in the country. Over the years, it has served as a springboard into the media industry with student reporters and editors moving to The New York Times, the AP, NPR and many other mainstream outlets. Begun in 1907, the publication was a "broadsheet" until 2010, when it was relaunched into a magazine and website. 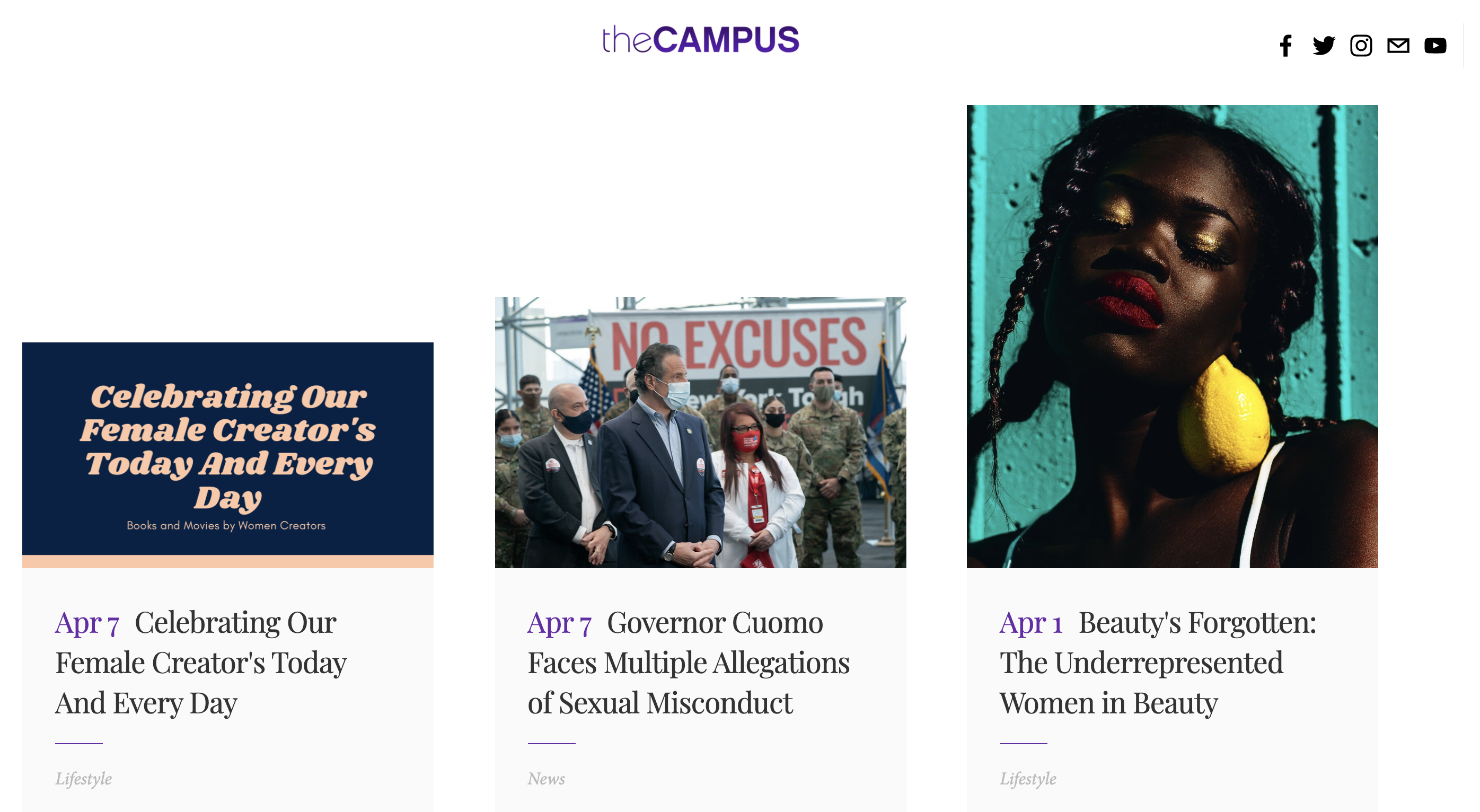 The publication has won a number of recent awards:

In 2017, The Society of Professional Journalists named The Campus as a Region 1 finalist in the multimedia category of the prestigious Mark of Excellence Awards. The online publication’s collaborative project “This Is Us,” uses personal essays, photography and video to tell stories of intersecting identities and diversity at City College. 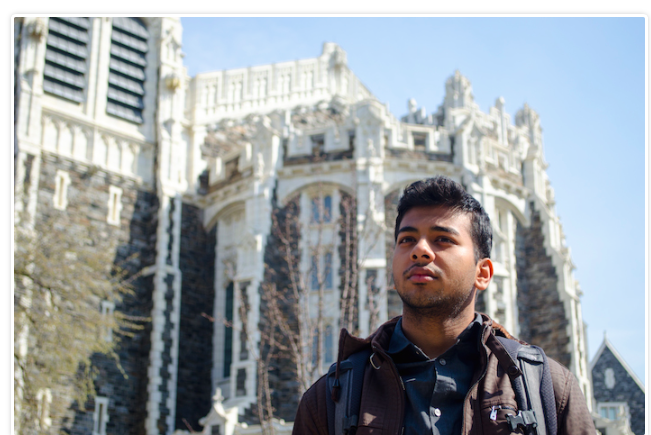 In 2016, The Campus online scored a first-place College Media Association Apple prize in the multimedia category for a 3-part series on gentrification, “Death and Life of Harlem." 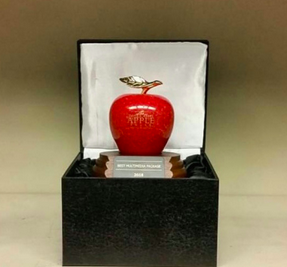 The Campus was also a finalist for the Pacemaker Award by the Associated Collegiate Press for our two-part story of MCA student Bennett Bennett and how his family coped with Hurricane Sandy–and the campus organization created to help him. Then Campus editor Louis Oprisa and business manager Ashlee Schuppius (below) went to the College Media Association national convention in New Orleans to collect our finalist plaque.

In 2015, the publication was honored for A Silent Scream, a multimedia project that looked at the underground epidemic of depression and suicide among college students. Project leader Aurea Gonzalez picked up our award from the Society of Professional Journalists. 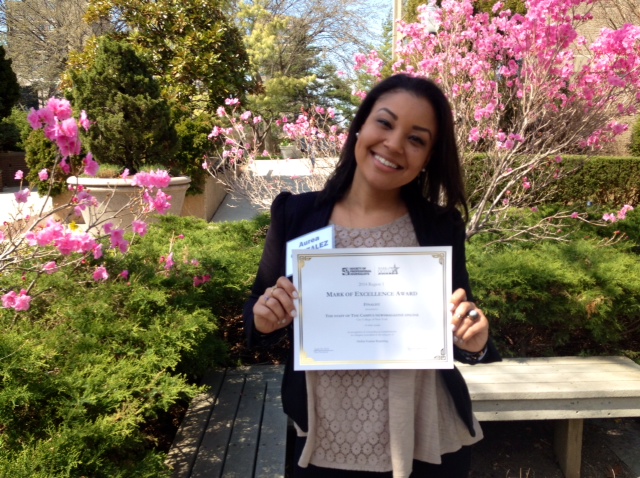 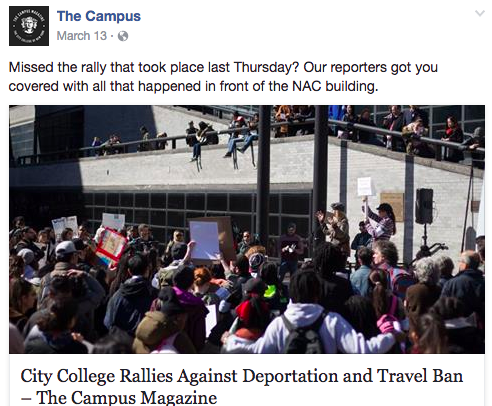 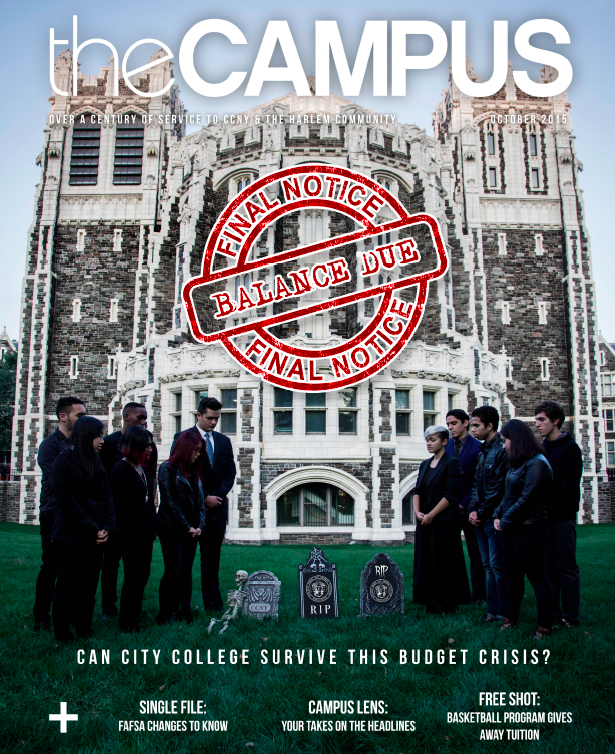 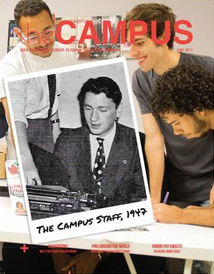 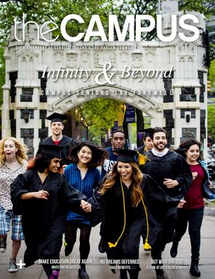 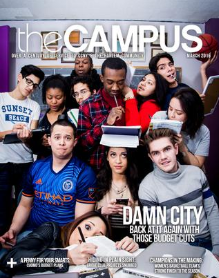