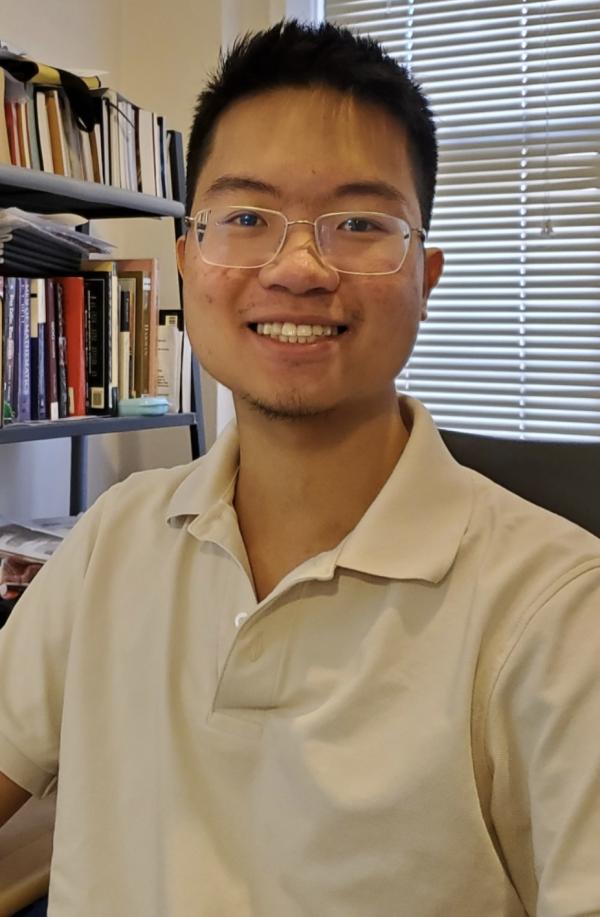 CCNY undergraduate Max Sehaumpai is a 2022 Goldwater Scholar. He joins a list of talented students in science, engineering and mathematics recognized nationally.

Max Sehaumpai, a junior pursuing a double major in applied mathematics and computer science, is the recipient of a Barry M. Goldwater Scholarship. He’s the sixth City College of New York undergraduate in seven years to be recognized nationally by the Barry Goldwater Scholarship and Excellence in Education Foundation.

The federally funded scholarship is America’s premier award for undergraduates majoring in math, science and engineering. Its goal is to provide a continuing source of highly qualified scientists, mathematicians, and engineers by awarding scholarships to college students who intend to pursue research careers in these fields. Goldwater Scholars have gone on to win an impressive array of prestigious post-graduate fellowships, among which are the NSF Graduate Research Fellowship, Rhodes Scholarship, Marshall Scholarship, Churchill Scholarship, Hertz Fellowship, DOE Computation Science Graduate Fellow-ship, and the National Defense Science and Engineering Graduate Fellowship.

Sehaumpai will receive an annual stipend of up to $7,500 for tuition, room and board, books and other expenses.

Born in Queens, New York, of Thai immigrant parents, Sehaumpai lauded CCNY faculty and staff for honing his interdisciplinary interests and shaping his academic experience. Inspired by his high school teacher, he began his undergraduate career as a math major. He is thrilled to have been doing research with James Booth, associate professor of earth and atmospheric sciences, since 2020. They use statistics and computer science techniques to study storms and coastal flooding on the U.S. east coast.

Later, Sehaumpai decided to pursue computer science as a second major. “Just like my experience at the math department, I felt extremely welcomed by the computer science advisor who helped guide me through the application process for the major,” he said.

Sehaumpai continued to find new interests. After learning about the many fellowships in the Colin Powell School for Civic and Global Leadership, he applied for and received a Climate Policy Fellowship led by CCNY alumnus Trevor Houser (Class of 2006), a partner in the Rhodium Group. Sehaumpai is also a City College Fellow, a fellowship program directed by Isabel Estrada that supports students interested in research and college teaching.

“City College has very welcoming faculty and staff who have supported me throughout my research and undergraduate career. I would like to thank Professors Asohan Amarasingham, James Booth, Jennifer Lutton, and Dr. Michael Wijaya, my encouraging high school teacher, for supporting my Goldwater application,” he said.

Sehaumpai hopes to attend graduate school after CCNY and become an active researcher and scientific advisor to climate policy makers.