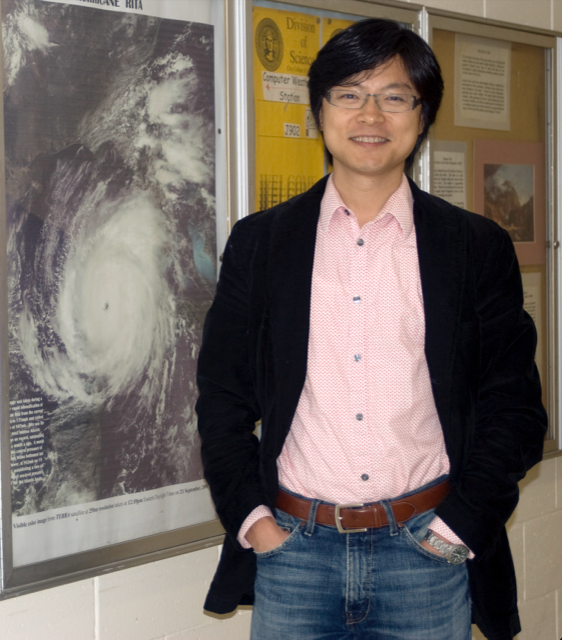 The City College of New York’s latest NASA collaboration is a $177 million earth science mission to study the behavior of tropical storms and thunderstorms, including their impact on weather and climate models. The mission will be a collection of three SmallSats flying in tight coordination, called Investigation of Convective Updrafts (INCUS), and scheduled for launching in 2027 as part of NASA’s Earth Venture Program. CCNY atmospheric scientist Z. Johnny Luo helped develop the concept.

“The novelty of the INCUS mission is that it will provide the first global observation and investigation of the vertical transport of water by convective storm systems, one of the most influential, yet unmeasured process of the Earth's atmospheric system,” said Luo, professor of Earth and Atmospheric Sciences. “This will be achieved through a unique measurement strategy using three identical cloud radars flying in close formation being separated by only a few minutes.”

Luo’s 2014 publication, “Convective vertical velocity and cloud internal vertical structure: An A-Train perspective,” among others, demonstrated the feasibility of this new measurement strategy.

Although the launch date is six years away, the project begins in March 2022 with the construction of the three miniature satellites. Between 2022 and 2027, Luo and his co-project leaders will use simulations to develop prototypical “products” or geophysical variables such as storm mass flux and storm intensity.

“As a co-leader, I will be in charge of developing satellite data products to measure convective mass flux and convective cloud life stage - two key products of the mission,” explained Luo. “Eventually, these novel measurements will help improve global climate modeling, which will lead to more accurate prediction of future climate change and extreme weather events such as Hurricane Sandy.”

Most of the Colorado State University-led project’s $177-million budget will go to developing the hardware, including the three satellites. But approximately, $1 million will come to CCNY for Luo and his team, comprising a post-doc and two graduate students that he will recruit, to develop the satellite data products.

Stony Brook University and Texas A&M are the other university partners involved in the project.

This is the latest CCNY-NASA partnership. In 2013, Luo served as one of 12 lead scientists on the NASA airborne mission SEAC4RS to study how convective clouds help process and transport air pollutants, including those from wildfires. In 2015, Luo and his peers received the NASA Group Achievement Award for their work. And in 2019 CCNY was the recipient of a $3 million NASA grant to develop advanced batteries for robotic spacecraft that will undertake deep space missions.