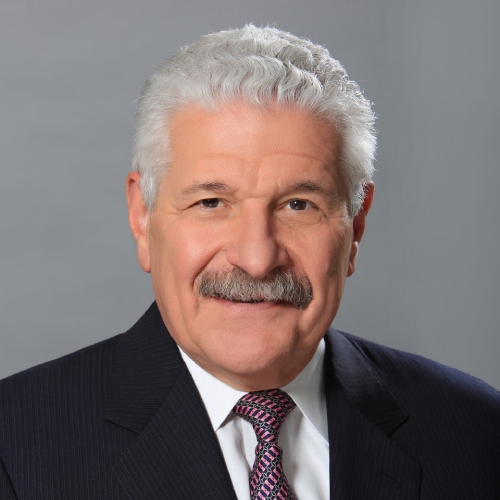 Civil engineer John Dionisio from the Class of 1971 returns to CCNY to talk to the Grove School Class of 2021.

John M. Dionisio ’71 delivers the commencement address to The City College of New York’s Grove School of Engineering Class of 2021 at its virtual ceremony starting noon on Friday, June 4. He’ll address the latest engineering graduates at his alma mater on the 50th anniversary of his own graduation from CCNY with a bachelor’s degree in civil engineering.

A native of Astoria, Queens, and a graduate of Mater Christi High School, Dionisio is co-founder and vice chairman of Global Infrastructure Solutions Inc., a privately-owned business that invests in and grows engineering and construction management companies. He previously spent more than four decades at multinational engineering firm AECOM, rising to the positions of CEO and executive chairman. In those capacities, he oversaw the company’s acquisition of URS and Hunt Construction, increased revenue from $8 billion to $19 billion, and total staff to more than 95,000.

“I am really honored to give the commencement address to the Grove School,” said Dionisio. “The discipline and the education I got from City College have been key success factors in whatever I have accomplished in my career.”

Dionisio has continued to be involved with CCNY since his graduation. He is a board member of the Foundation for City College and the GSOE External Advisory Board. He is also the recipient of the City College of New York Alumni Association’s Townsend Harris Medal and its Career Achievement Award, the Presidential Award, and the Milton Pikarsky Distinguished Leadership Award in Engineering.

“City College is the cornerstone of my career,” he said. “It developed in me an appreciation for hard work and persistence.”

In addition to his civil engineering degree from CCNY, Dionisio also earned a master’s degree in civil engineering from the Polytechnic Institute of New York (now the New York University Tandon School of Engineering). He received an honorary doctorate in science from the New Jersey Institute of Technology, has won numerous industry and community awards, and serves on many corporate and community boards.

“John Dionisio is the quintessential Grove School alumnus,” said Grove School Interim Dean Alexander Couzis. “He is an example of the heights you can achieve when equipped with a CCNY engineering education. I have no doubt that hearing from an eminent civil engineer such as John, on his own 50th graduation anniversary, will serve as an inspiration to the Grove School Class of 2021 as they embark on their next chapter.”