I write you today to announce several administrative staffing changes at the college. Coming into this position on a permanent basis, I felt it time to evaluate the strengths of our different offices, think about how they are running and the larger needs of the campus, and begin to make some adjustments. I anticipate that the Task Force currently examining our operation will yield more information that will inform whatever other moves may become necessary. Nevertheless, there were some areas that I wanted to address in the short term, and I'm writing now to announce them.

When Mary Erina Driscoll was named Interim Provost almost two years ago, it was her understanding that she'd be in the position for a fairly short period of time, pending a national search for a permanent provost. Administrative changes at the college delayed that search (which is now live, by the way) and kept her from her permanent responsibilities in the school of education for longer than she'd anticipated. Gretchen Johnson has done an admirable job running the school in the meantime, but I think this is an appropriate moment to allow Mary to return to her permanent position, on a time table that she is working out with Gretchen. Mary has, over almost two years, served as our Interim Provost during some immensely trying months. I am grateful for the time and hard work she put in over that span, and am deeply thankful to have had her as a colleague when I came into this office.

I have asked Tony Liss, Dean of Science, to assume the position of Interim Provost beginning on March 12th. Tony brings a wealth of academic and administrative experience into the position, and has served the college well as an exemplary Dean of Science. I am very much looking forward to working with him in this new capacity, particularly at this critical moment in the forging of our college's future.

I have accepted Dr. Liss's recommendation to name Professor V. Parameswaran Nair as the Acting Dean of Science during the period when Tony will be serving as Interim Provost. Dr. Nair is a Distinguished Professor of Physics with a sterling academic and professional reputation, and I am confident that the Division of Science will be in good hands under his leadership.

I have decided to restructure our research administration on campus, following a series of conversations with various governance bodies, including the faculty senate, the deans, and the cabinet. The new research administration will consist of the Office of Research and Sponsored Programs, more or less as currently constituted, and a college-wide Research Committee consisting of faculty elected by the Senate, all the Deans, the Provost, the Executive Director of our Foundations (also in her capacity as the person leading the communications operation) the head of the Office of Research and sponsored programs (in a non-voting capacity) and a Research Liaison, chosen from the ranks of the faculty and chairing the committee. I am in the process, in collaboration with the Faculty Senate, of constituting these bodies, and will announce their membership as the matter becomes settled.

I have asked Professor Ashiwel Undieh to return to his underlying academic position as a faculty member in the medical school. While we select the members of the research committee and the campus director of research, Dr. Undieh has agreed to maintain his position in a transitional capacity. We anticipate that he will be fully re-integrated into the medical faculty by the start of the summer, with a new research apparatus in place by then. Dr. Undieh has worked as the Associate Provost for Research for years at CCNY, and achieved many good things during his administration, including the introduction and management of several key systems for tracking and reporting on research. I thank him for his years of service to the college.

Finally, as most of you know or have probably heard, we are in the process of merging our two foundations into one entity, tentatively to be called the Foundation for the City College. As part of that merger process, I am naming Dee Dee Mozeleski Interim Executive Director of the new Foundation. This position will replace, on a permanent basis, the currently vacated positions of Vice President for Development and the Vice President for Communications (responsibilities that Dee Dee has shouldered since November 2016). Following the full realization of the foundation consolidation process, we will fill the position on a permanent basis.

I am also making changes in the area of student support services. I will convey those changes to the campus community today, under separate cover.

Everyone named in this memo have served or will serve the college in an extraordinary capacity, and I want to take this opportunity to thank each and every one of them for their work and commitment to the school. 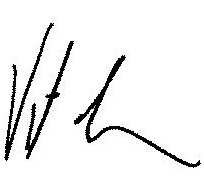