A Diary of the Plague Year: An Illustrated Chronicle of 2020 | The City College of New York Skip to main content

A Diary of the Plague Year: An Illustrated Chronicle of 2020

< Home / School of Education / A Diary of the Plague Year: An Illustrated Chronicle of 2020

An extraordinary illustrated chronicle of 2020 that captures this indelible year in America in all its tragic, surreal, epic, and (sometimes) comedic intensity.

Artist Elise Engler set herself a task five years ago: to illustrate the first headline she heard on her bedside radio every morning. The idea was to create a pictorial record of one year of listening to the news. But when Donald Trump was elected, the headlines turned too wild for her to stop the experiment.

Then 2020 happened. Was there ever such a year? Headlines about the death of Kobe Bryant and Donald Trump's impeachment began to give way to news of a mysterious virus in China, and Engler’s pages were quickly filled with the march of COVID-19: schools closing their doors, hospitals overflowing, graveyards full to capacity. Day by day, Engler drew every shocking turn of the year: the police murder of George Floyd and protests around the globe; a war against science and those who preached it; fires consuming California; a vicious election, absurdly contested. Other stories appeared, too: “Harvey Weinstein Sentenced,” “Ruth Bader Ginsburg Hospitalized,” “China Extends Control over Hong Kong,” and―on repeat―“Stock Market Plunges.”

The result is a powerful visual record of an unprecedented time, collected in A Diary of the Plague Year, which follows the headlines from the first appearance of the coronavirus to the inauguration of President Joe Biden. Made in real time, Engler’s vibrant, immediate images recapture what it was like to live through 2020, bringing texture, feeling, and even charm to what we might not remember and what we will never forget. 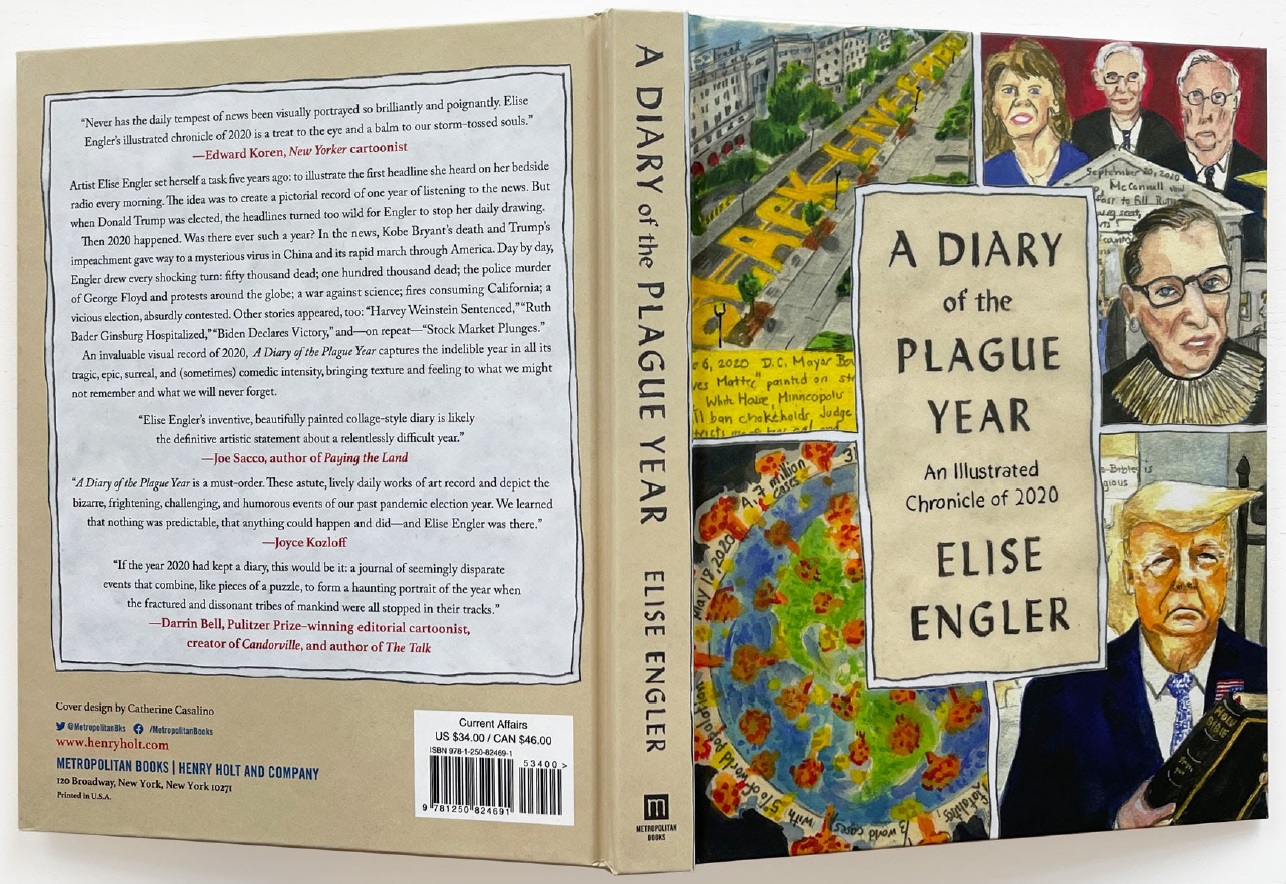 The book,  A Diary of the Plague Year: An Illustrated Chronicle of 2020 was published by Metropolitan Books, Henry Holt and Co. (MacMillan Publishers) on January 18, 2022. It has received a starred review from Kirkus and favorable reviews from Publishers Weekly, Booklist and others. https://bookmarks.reviews/reviews/a-diary-of-the-plague-year-an-illustr…