The History of ConnectED

< Home / School of Education / The History of ConnectED 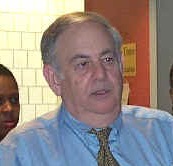 Professor Emeritus Norman Shapiro edited ConnectED from the early 2000s to 2013. He had officially retired in 1995 but stayed on at City College until 2012. After retiring, he continued to direct the Center for School Development. He also directed several grant-funded projects and taught a two-semester research course sequence.

ConnectED’s intended audience included faculty, staff, and graduate and undergraduate education students. The newsletter informed people of special events and activities in the School of Education such as guest speakers, meetings, and conferences. It also reported on faculty and student achievements such as new grants, promotions, and activities for the community. Its goal was to highlight anything that was new or interesting going on in the School of Education. According to Professor Shapiro, “ConnectED was used not only to report activities, but to promote more activities. After special activities, we then reported on those activities.”

When asked about the importance of information shared through media such as a newsletter, Professor Shapiro said that he felt “that only going to class is really not enough in one’s education.” He added that “ConnectED was not just a reporting project, it was also a stimulus project to build more extra-curricular activities in the School of Education.”

The rebirth of ConnectEd has Professor Shapiro’s blessing and support. He wishes the School of Education “the best of luck in restarting and sustaining this venture.” We hope to continue his legacy and make our past and present colleagues and students proud.