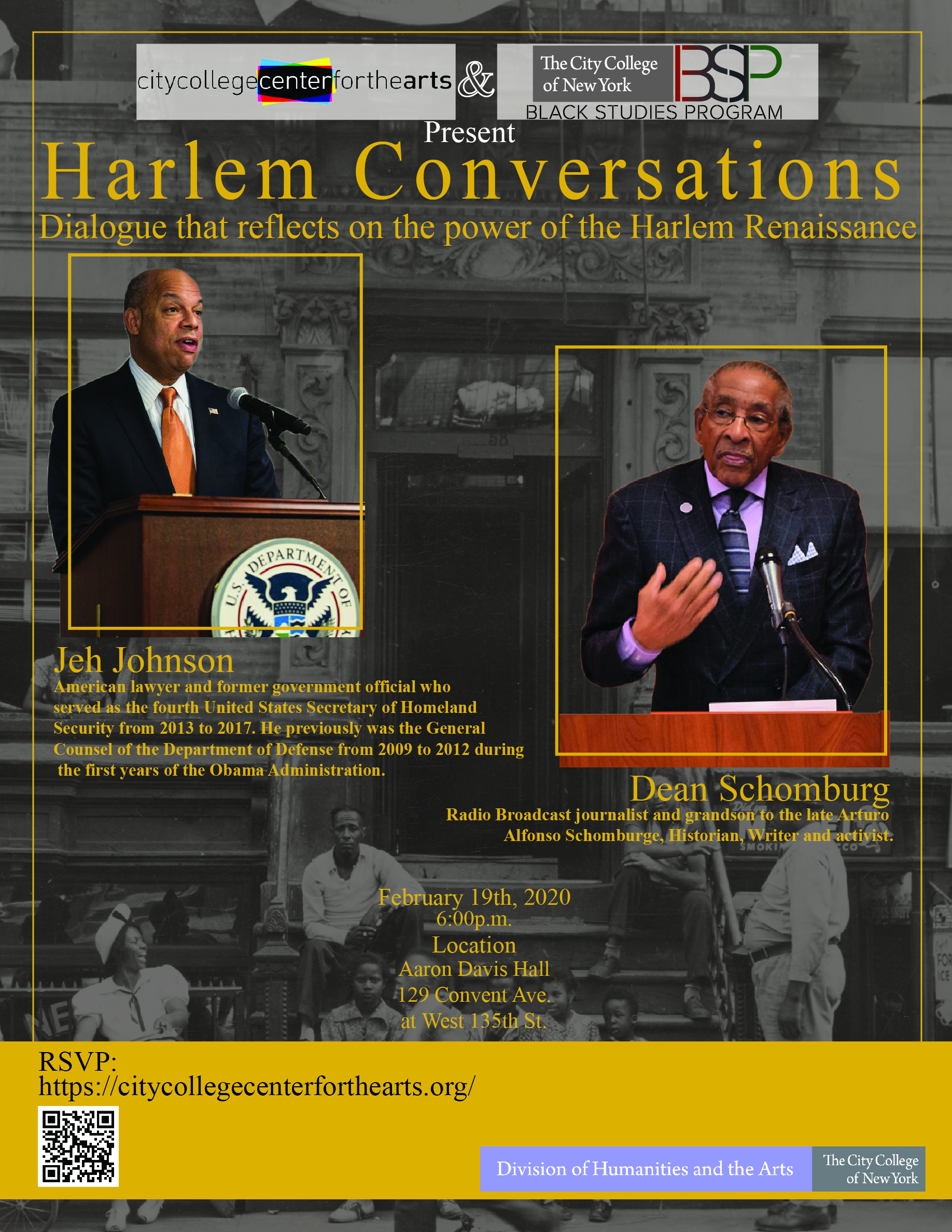 Harlem Conversations - Dialogue that reflects on the power Harlem Renaissance.

Jeb Johnson-  American lawyer and former government official who  served as the fourth United States Secretary of Homeland  Security from 2013 to 2017. He previously was the General  Counsel of the Department of Defense from 2009 to 2012 during  the first years of the Obama Administration.

this event is co sponsored by the Humanities and the arts.

Back to Departmental Calendar Back to calendar of events