Imagining Motherhood in the Twenty-First Century

< Home / School of Education / Imagining Motherhood in the Twenty-First Century 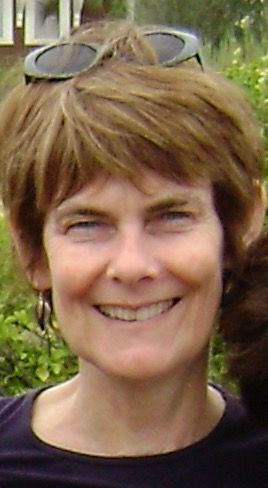 Imagining Motherhood in the Twenty-First Century, published by Routledge in 2020 and coedited with Valerie Heffernan, is Professor Gay Wilgus’ (Early Childhood Education Program) latest project. This collection of critical essays was originally published in a special issue of the journal Women: A Cultural Review. In totality, these essays examine images, representations, and constructions of mothers and draws from media studies, cultural studies, literary studies, and the performing and visual arts. The book pushes back against conservative depictions of motherhood by considering the lives of childless and child-free women, migrant mothers, LGBQ (lesbian, gay, bisexual, queer and questioning) mothers, and single mothers, among others. The book seeks to challenge prevailing (mis)conceptions around mothers, motherhood, and mothering.

The idea for this book originally came about in May of 2015 when Professor Wilgus attended an international, interdisciplinary conference entitled ‘Motherhood and Culture’ in Ireland at Maynooth University, just east of Dublin. During the days of the conference, she had the opportunity to converse with the conference organizer, Valerie Heffernan, a Professor of German Literature at Maynooth. They had both attended a number of presentations that centered on representations of motherhood in various media, including television, cinema, literature, poetry and visual art, and when Professor Wilgus proposed that they edit a volume together comprising several of the presentations at the conference, it turned out that Professor Heffernan had already been thinking along those lines.

Professors Wilgus and Heffernan’s edited volume fills a need for a discussion that was missing in the field of cultural studies of women. As Professor Wilgus says, “having this conference [and] then organizing this publication was our move in the direction of calling attention, not only to the media’s power to shape images of mothers and motherhood, but more importantly to the fact that these images are often, at best, unflattering and at worst, inauthentic and pejorative.” For example, Julie Rodgers, in her contribution to this collection entitled “On the Margins of Motherhood: Choosing to be Childfree in Lucie Joubert’s L’Envers du landau,” attempts to “…challenge and reverse prescribed beliefs about motherhood and create a textual space for those who have been denigrated for choosing not to become mothers.”

The essays in this book draw from interviews, television series, films, novels, poetry, and art to examine what it means to be a mother. Professor Wilgus explains that “one of the motivations for utilizing multimodal primary sources and drawing from a variety of genres when conducting research and writing about it is that you stand to gather a larger and more colorful and engaging basket of material to work with and reach a much larger readership and audience.”

Professor Wilgus argues that the construction of mothering, motherhood, and mother is important for educators and for teacher candidates in early childhood education. She says that “educators of early childhood pre- and in-service teachers, and, for that matter, teachers of older children, might gainfully draw their teacher candidates’ attention to the stereotypes of certain groups of mothers—single mothers, mothers from certain ethnic or religious groups, gay and lesbian mothers—that they possess and function with.” She adds that “bringing to the fore one’s assumptions about the mothers of the children in one’s classes— about who they are and why they do and say the things they do and say—and then attempting to understand and challenge these assumptions, hopefully positions teachers to have more successful and fruitful relationships and interactions with the mothers of the children in one’s classroom, all to the ultimate benefit of the children.”

Gay Wilgus is Associate Professor of Early Childhood Education. She holds an M.F.A. in Dance, an M.S. Ed. in Infant Toddler Parent Development, and a Ph.D. in Sociology.