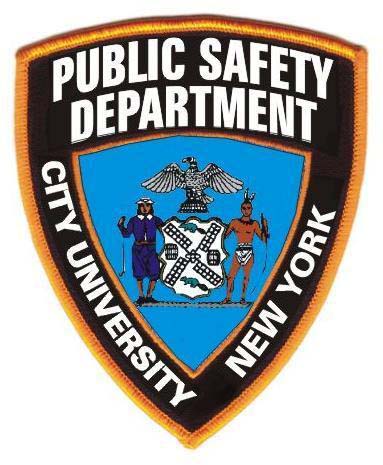 To the CCNY Community:

Within the past few days, suspicious packages of what appeared to be explosive devices were sent to prominent individuals throughout several locations. The packages were identified and intercepted during routine mail screenings before they could reach their intended targets.   All of the devices were delivered in weighty large manila envelopes with the addresses in block type letters with hand-applied USPS stamps bearing the America Flag.

Though there are no indications that members of the CCNY community are targeted, nonetheless we should remain vigilant.   Some characteristics of a suspicious package include: protruding wires; excessive or missing postage stamps; unusual mail from unknown origins; no return address; strange odors; oily stains on the wrapper; addresses that are misspelled, poorly typed, or are nameless.

If you find a suspicious package, please do the following:

Here is the link to the USPS poster on Suspicious Mail or Packages.  https://about.usps.com/posters/pos84.pdf

SAFETY STARTS WITH YOU!

The Department of Public Safety would like to inform you of some recent incidents that occurred near CCNY.

CRIME TIPS - DON'T BE A VICTIM!

The Department of Public Safety would like to update you of some recent incidents that occurred near CCNY.

A Robbery occurred on October 4, 2018 at approximately 9:00 am.  A CCNY student was approached by three males inside St. Nicholas Park who removed his property by threatening him with physical forced if the student did not comply.  This matter is currently under investigation by the Detectives of the NYPD assisted by the CCNY Public Safety Department.
.
INCIDENT #2          NYPD 26 Pct. Detectives arrested 1 male - 1 still wanted

A second Robbery occurred on October 8, 2018 at approximately 7:30 pm.  A CCNY student was walking inside St. Nicholas Park when he was approached by two males who grabbed the student’s cell phone and pushed her to the ground.   This matter is also currently under investigation by the Detectives of the NYPD assisted by the CCNY Public Safety Department.

A third Robbery that occurred on October 9, 2018 at approximately 1:00 am.  Two CCNY students were walking on Convent Avenue at the corner of West 129th Street when a male displayed a knife and demanded their property.  This incident resulted in an immediate arrest by the NYPD’s 26th Precinct.

The fourth and final incident occurred on the morning of October 10, 2018 and it involved a non-College person who observed a man in St. Nicholas Park exposing his genitals.  CCNY Public Safety is working with Detectives from the NYPD in an effort to apprehend this individual.

In an emergency, contact the Public Safety Department Emergency Dispatch Center at (212) 650-7777 or via any "blue light" emergency telephone on campus. Dial 911 to contact the NYPD.

Receive text or voice alerts of emergencies at CCNY via cell or home phone and email.
Stay Alert - Sign up today.
BACK TO THE MAIN PUBLIC SAFETY PAGE