A roundtable discussion honoring Dominican women’s genre-altering influence in contemporary Dominican music in the U.S. The discussion, between Dominican artists and academic scholars, will be followed by a demonstration of the artist’s intervention in the music landscape. 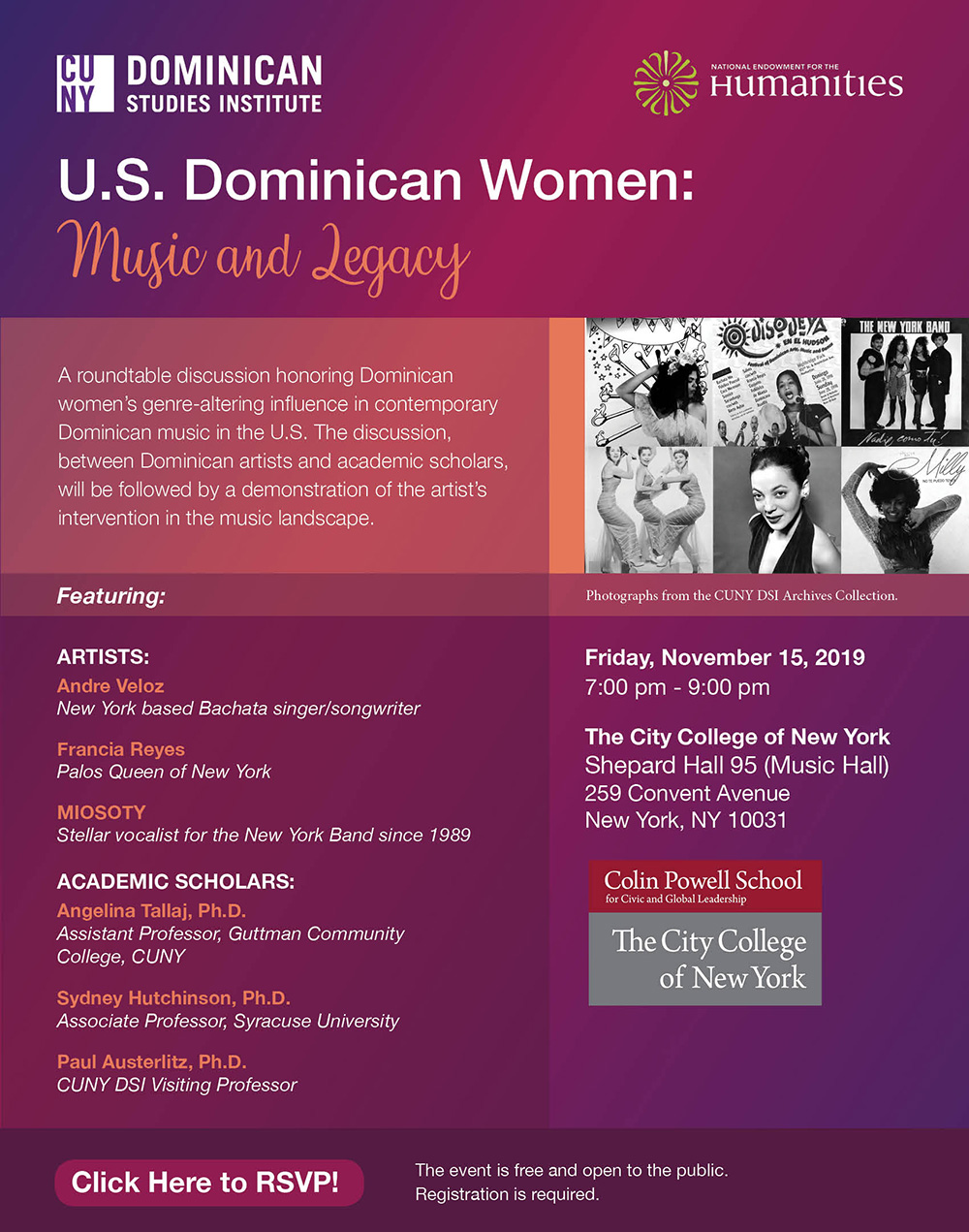 Back to calendar of events