This summer the CUNY Dominican Studies Institute Library awarded four fellows with the Summer Library Travel Research Award. The purpose of the grant is to enable faculty researchers from colleges and universities across the world to make meaningful advances in Dominican Studies through the utilization of the unique resources available at the CUNY DSI Archives and Library. The fellows completed research ranging from topics such as the political role of intellectuals in Dominican migration to Dominican activism in New York City in the early 20th century. We are happy to share an update featuring all of the Summer Library Travel Research Award recipients for the summer of 2015: 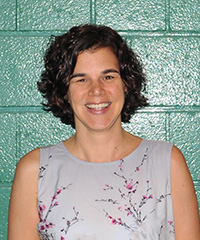 Dr. Elissa Lister is an Associate Professor of Latin American and Caribbean Literature at the National University of Colombia in Bogotá. She completed her Bachelor's degree with a concentration in Philosophy and Letters at the Pontificia Universidad Católica Madre y Maestra in Santiago, Dominican Republic; a Master's degree in Education at the University of Salamanca in Spain; and finished her doctoral degree in Spanish Philology at the Universidad Complutense in Madrid, Spain. We spoke with Dr. Lister about her experience at the CUNY Dominican Studies Institute, after she received the 2015 Summer Library Travel Research Award to continue her research on the conflict between Haitians and Dominicans. (Read More) 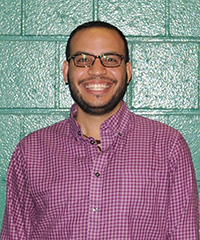 Dr. Amin Pérez is an Assistant Professor at the Universidad Autómona de Santo Domingo (UASD) in the Dominican Republic; he is affiliated with the EHESS-Ecole des hautes études en sciences sociales (School of Advanced Studies in the Social Sciences), at the Institut de Recherche Interdisciplinaire sur les enjeux Sociaux (Institute for Interdisciplinary Research on Social Issues) in Paris. Dr. Pérez was born in the Dominican Republic, where he earned his high school diploma; then earned his Bachelor’s degree in Sociology in France; followed by a master's degree at ENS Paris in Sociology and History. He completed his doctoral degree at the Ecole des hautes etudes (School for Advanced Studies in the Social Sciences). His dissertation focused on the process of Algeria’s colonization by France, and later immigration of Algerians to France, analyzing the political role of intellectuals in the colonial and postcolonial period. Dr. Pérez came to conduct research at CUNY DSI on July 2015. He spoke to us about his past research and current endeavors at CUNY DSI. (Read More) 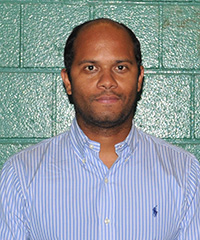 Dr. Pedro Rivera is an Assistant Professor of Latino History at Savannah State. He earned his Bachelor's degree with a concentration in African History from The City College of New York and his doctoral degree in History from Howard University. We talked briefly in late July about his recent research at the CUNY Dominican Studies Institute Archives and Library, after he was awarded the 2015 Summer Library Travel Research award. Dr. Rivera is in the process of turning his dissertation into a book. His dissertation focuses on the first biographical study of Carlos Cooks, a Dominican-born Pan-African organizer who came to New York in 1929 and promoted the ideas of Marcus Garvey in Harlem, in the period between the New Negro and Black Power movements. Cooks, whose parents came from St. Martin to the Dominican Republic, championed the African heritage shared by blacks throughout the Americas and the Caribbean: his Pan-Africanism constituted a crucial progression in the development of black nationalism between Garvey and Malcolm X; the latter viewed Cooks as an elder and was strongly influenced by him. (Read More) 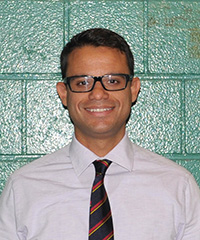 Dr. Diego Ubiera is an Assistant Professor of Spanish at Fort Lewis College in Durango, Colorado. He earned his B.A. at North Carolina State University and his M.A. and Ph.D. at UC-San Diego, after defending his dissertation in January of this year. Dr. Ubiera's research interests focus on Caribbean literature and history, cultural studies of the African Diaspora, and Latin American intellectual history. We spoke with him briefly about his experience at the CUNY Dominican Studies Institute, after he received the 2015 Summer Library Travel Research Award to conduct post-doctoral research. (Read More)