Doctoral fellows, postdoctoral fellows, and visiting scholars in Dominican Studies represent diverse academic disciplines and a wide range of scholarly research projects, from the colonial history of the Dominican Republic to housing patterns of people of Dominican ancestry in New York City. The scholars work directly with CUNY DSI Director and Professor of Sociology Ramona Hernández. 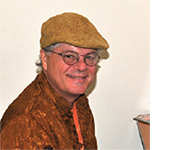 Paul Austerlitz, Ph.D. is a Professor of Music and Africana Studies at Gettysburg College. His first book, Merengue: Dominican Music and Dominican Identity (1997), opened an avenue of academic research in the genre in the U.S. and remains a landmark text in the study of Dominican/Latin music. Dr. Austerlitz is also a seasoned musician and composer, with over thirty years of experience in the field of Afro-Caribbean and jazz music, especially in the Dominican Republic and in the U.S. Dominican community. For more information... 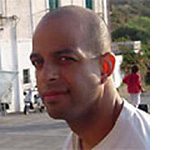 Edward Paulino, Ph.D., is an Assistant Professor at John Jay College, CUNY. He teaches a wide-ranging number of intensive interdisciplinary courses. His research interests include: race, genocide, borders, nation-building, Latin America and the Caribbean, the African Diaspora, and New York State history. His research was supported by the Fulbright Foundation, the National Endowment for the Humanities, the  PSC-CUNY Research Foundation, and the New York State Archives. 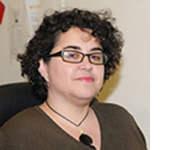 Carolina Gonzalez is a journalist and scholar focusing on Caribbean literature and arts and Latino literature and arts. She  teaches at the Latino and Hispanic Caribbean Studies Department at Rutgers University and at the CUNY Graduate School of  Journalism. Her research focuses on race and nationalism, transnational intellectual and artistic communities, as well as  countercultural movements. During her tenure at CUNY DSI, she developed a project on the activities of cultural agents in  the emerging Dominican community in New York in the 1960s and 70s. She also served as managing editor of a special issue  of the journal Camino Real devoted to the Dominican experience in the United States. 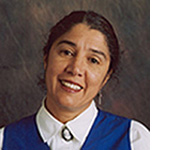 Mirtha Crisóstomo, Ed.D. is Associate Professor of Management at Emmanuel College and a noted expert on educational and social issues facing immigrant college students. During her residency at CUNY DSI, she researched on the predictive value of socio-demographic, language acquisition, college experience and placement test variables in the academic success of immigrant students. 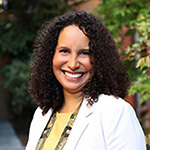 Irmary (Alaí) Reyes-Santos, Ph.D. teaches courses in Latin American Studies, African Diaspora Studies, globalization, and Caribbean literature at the University of Oregon. She focuses her research and publications on race and gender issues in the Spanish Caribbean, with a particular expertise in Dominican-Haitian and Dominican-Puerto Rican relations. Her project at CUNY DSI was a study of U.S.-Dominican racial, ethnic, and national identity, drawing on census data, current literature, and a survey of Dominicans residing in Washington Heights and the Bronx. She examined how variables such as level of political participation in the city of New York, relationship to the Dominican Republic, educational experiences, and economic status, inform processes of identity formation in Dominican communities.

Prior Distinguished Scholars include: 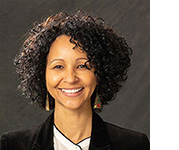 Lissette Acosta Corniel, Ph.D. is an Assistant Professor at the Center of Ethnic Studies at the Borough of Manhattan Community College, CUNY. She arrived at the CUNY Dominican Studies Institute when she was a graduate student pursuing her Ph.D. at SUNY, Albany. Dr. Acosta Corniel’s dissertation, Towards a Theory about Spanish Women in Sixteenth Century Hispaniola: A Research Guide and Case Study, relied on CUNY DSI’s extensive archival records pertaining to Spain and the New World in the 16th and17th century. Following her graduation from SUNY Albany, Dr. Acosta-Corniel returned to CUNY DSI as a Postdoctoral Fellow. In this role, she worked closely with the Institute’s Assistant Director, Anthony Stevens-Acevedo as a co-principal investigator on the groundbreaking project,  First Blacks in the Americas / Los Primeros Negros en las Américas. During her tenure, Dr. Acosta-Corniel developed and co-instructed the Spanish Paleography seminar, “Deciphering and Reading Old Dominican (and Hispanic American) Historical Documents: A Free 8-Session Summer Workshop.” She also co-curated a path-breaking historical exhibit entitled Sixteenth-Century La Española: Glimpses of the First Blacks in the Early Colonial Americas,which won two grants, one from the CUNY Diversity Projects Development Fund and another from the New York Council for the Humanities. This exhibit captured wide media attention, including The New York Times. 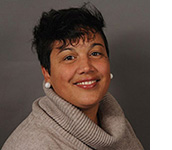 Patricia Krueger-Henney, Ph.D. was the first Postdoctoral Education Research Fellow at the CUNY Dominican Studies Institute. She worked closely with the staff of the DSI Library and Archives to develop special initiatives such as Dominican Studies-centered curricular materials to be used across the disciplines by students and faculty members at The City College of New York, and long-term educational programs and internship opportunities for New York City students and teachers. Dr. Krueger-Henney earned a Ph.D. in Urban Education from The Graduate Center at The City University of New York. She is currently an Associate Professor in the Urban Education, Leadership and Policy Studies Department at the University of Massachusetts at Boston. 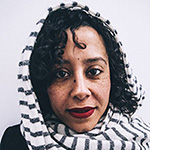 Griselda Rodríguez, Ph.D. As a Postdoctoral Research Fellow at the CUNY Dominican Studies Institute, Dr. Griselda Rodríguez developed and implemented content for First Blacks in the Americas—a major research endeavor undertaken by the Institute to illuminate the Dominican Republic’s historic role in the emergence of Blackness in the Western Hemisphere. Dr. Rodríguez conducted research on relevant historical themes, revised and updated existing documents, and collaborated with CUNY DSI Director Dr. Ramona Hernández and historian Anthony Stevens-Acevedo, directors of “First Blacks in the Americas.” Dr. Rodríguez earned the Ph.D. and an M.A. in Sociology from Syracuse University. 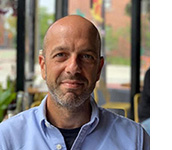 Grigoris Argeros, Ph.D. was a doctoral candidate in Sociology at Fordham University specializing in quantitative analysis when he arrived at CUNY DSI  for the academic year 2009-10. Dr. Argeros worked with Dr. Ramona Hernández in analyzing U.S. Census data for the “Socioeconomic Profile of Dominicans in the United States” a study that CUNY DSI publishes periodically since 2003.  Mr. Argeros helped Dr. Hernández update the latest edition of this publication. The update is larger in scope, providing for the first time comprehensive information on the lives of Dominican immigrants and the second generation in six states: New York, New Jersey, Florida, Massachusetts, Pennsylvania, and Rhode Island. Dr. Grigoris Argeros earned his Ph.D. in the Department of Sociology at Fordham University. He is currently an Associate Professor in the Department of Sociology, Anthropology and Criminology at Eastern Michigan University. 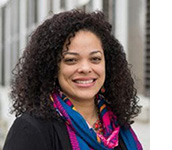 Kianny Antigua was a Ph.D. candidate in Spanish literature at the CUNY Graduate Center and adjunct instructor in foreign language and literature while at CUNY DSI. Under the guidance of Anthony Stevens-Acevedo, she conducted paleographical reading of sixteenth-century archival documents in Spanish relating to the colonial history of the Dominican Republic to establish the types of data they contain, the nature of their overall contents and other information that she included in a descriptive catalog of these documents. Ms. Antigua is and is currently a Spanish Senior Lecturer in the Department of Spanish and Portuguese at Dartmouth University. 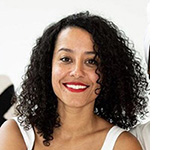 Miguelina Rodriguez, Ph.D. was a Ph.D. candidate in the Edward J. Bloustein School of Planning and Public Policy at Rutgers University while at CUNY DSI. Her research project was an in-depth study of the housing patterns of Dominicans in New York City. She earned her Ph.D. in 2019 and is currently an Adjunct Professor at CUNY. 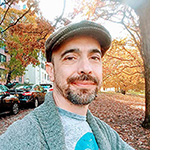 Utku Sezgin, Ph.D. was a Ph.D. candidate in political science at the CUNY Graduate Center and adjunct instructor in politics and sociology at CUNY. He conducted research on issues pertaining to the cultural, political, and social identity of second-generation Dominicans living in New York City, particularly Northern Manhattan and the Bronx. In addition, he designed the methodology for a subsequent study with second-generation Dominicans living in select European cities, among them Berlin. Dr. Sezgin contributed to some research studies published by CUNY DSI. 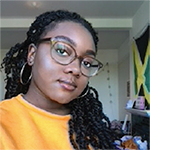 Rianna Davis is a sophomore at the University of Cambridge in the United Kingdom who joined CUNY DSI in Fall 2019 as a semester-long-intern, and CCNY study abroad student. At the Institute, she joined an ongoing housing research project begun by interns that summer. The project tasked them with capturing and describing the physical transformation of Washington Heights and Inwood through ethnographic research. The idea was for students to expand CUNY DSI’s housing research, which, up to that point, had relied only on statistical data and secondary sources. Interns tracked the transformation through participant observation of the neighborhood, collection of visual sources, and historical analysis. Rianna worked on the delicate task of editing the final paper prepared by the group. 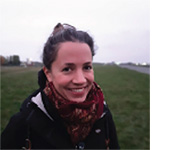 Natalie Wagner, an undergraduate exchange student  visiting from the Free University of Berlin, spent academic year at The City College of New York 2009-10 pursuing her interest in Dominican Studies under the auspices of the German National Academic Foundation. In addition to her courses in Latin American Studies at City College, Ms. Wagner completed an independent study project with CUNY DSI Director Dr. Hernández on Dominican migration to the United States from 1892 to 1924, as revealed by Ellis Island archives.