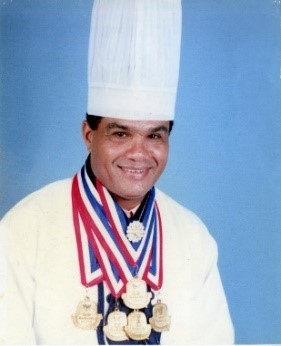 Persio Feliz participated in the 19th Dominican Gastronomic festival on July 12, 1993. During this festival, he participated in a competition where he won two second place prizes, and one first place prize. Due to his success he received a couple Nestle Food Service Medals, and the opportunity to be the Dominican representative in the Gastronomic festival in Cancún, Mexico; Isla Margarita, Venezuela; Guatemala, Puerto Rico, in the following years.