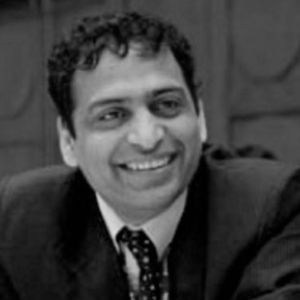 Dr. Punit Arora (Ph.D., Syracuse U.) is an asoociate professor of strategy and entrepreneurship at the Colin Powell School for Civic and Global Leadership at the City College of New York (CUNY). His research examines critical organization lifecycle events, and his dissertation on corporate bankruptcy was a runner-up for the Wiley-Blackwell Outstanding Dissertation in Business Policy and Strategy Award at the 2012 Academy of Management. Prior to joining academia, Dr. Arora served in leadership positions with government, business, and international organizations. A former member of the prestigious Indian Civil Service, Dr. Arora has advised business and development organizations in over 50 countries. 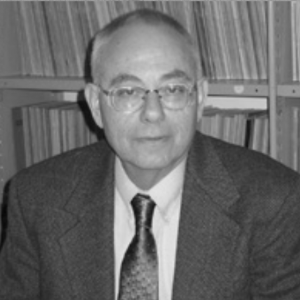 Dr. Joseph Berechman is the Marvin Kristein Professor in the Department of Economics and Business at the Colin Powell School, the City College of New York. Between 2007 and 2014 he was the Department’s Chairman. Before coming to CCNY he was the CN Chair Professor in Transportation and International Logistics at the Sauder School of Business, the University of British Columbia, Canada. Dr. Berechman has received his Bachelor degree from the Hebrew University in Jerusalem, Israel, his MBA from the Wharton School and PhD degree from the University of Pennsylvania, Philadelphia. Subsequently, he was on the faculty of SUNY Buffalo, Tel-Aviv University and the University of California, Irvine. He also was a Fellow at The Netherlands Institute for Advanced Studies. Dr. Berechman has consulted on a variety of transportation and urban projects in different countries and has been a principal investigator in several major studies done for the European Union. For the past several years he is engaged in major cost and investment studies of transportation infrastructure projects in New York and elshewhere. He has published numerous journal papers and five books. Dr. Berechman’s current research interests focus on transportation infrastructure investment evaluation and decision-making; and the relationships between transportation development and regional and national economic growth. 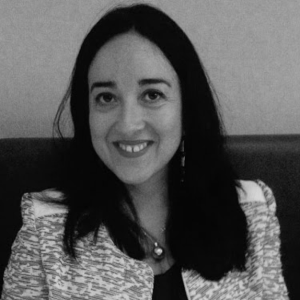 I am an economist at the Colin Powell School, a Full Professor of Economics at the City University of New York (CUNY-CCNY). Most of my research is in international economics, trade, growth and innovation. I am also an External Professor at the South African Research Chair in Industrial Development (SARChI) at the University of Johannesburg. I serve as a Senior Fellow at CIRANO data lab in Montreal and in the Institute of International Economics at University Jaume I (Spain). Currently, I serve as the Executive Vice-President of the International Trade and Finance Association in the U.S. 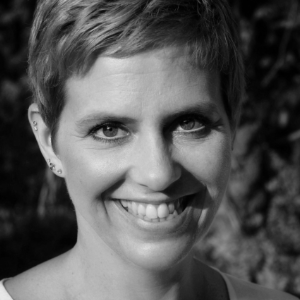 MC Binz-Scharf is an associate professor of management in the Colin Powell School for Civic and Global Leadership at the City College of New York. Broadly speaking, her research focuses on the practices and relationships of individuals in the workplace. MC is particularly interested in relational practices centered around social innovation and the creation of sustainable social impact through compassion and non-violence (ahimsa). Her research has been funded by the National Science Foundation, the National Institutes of Health, and the US Department of Education, among others, and has been published in a broad range of disciplinary journals. Her current project is a book on female changemakers in the networked economy. Beyond her scholarly pursuits, MC is active as a social justice advocate for gender equality and the advancement of underserved populations at work. She is also a 300 hour certified Jivamukti yoga teacher. Prior to her appointment at CUNY, MC was a postdoctoral fellow at the Harvard Kennedy School. She holds a Ph.D. in business economics from the University of St. Gallen and a B.A. from Bocconi University in Milan, Italy. 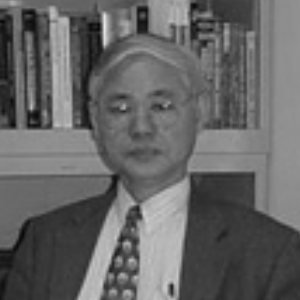 Prior to his appointment at the City University of New York, Peter Chow was on the faculty at the Berry College in Georgia (1976-1983), and Southeastern Louisiana University (1983-86). He was a visiting research fellow at the Hoover Institution, Stanford University, and University of California at Berkeley, a visiting scholar at the Institute of Social Science and Philosophy in Academia Sinica in Taiwan, and a visiting professor at the National Taiwan University in Taiwan and Nagoya National University in Japan. Chow was invited to lecture extensively in Tokyo University, Tokyo Metropolitan University, Hitotsubashi University in Tokyo, Meiji Gakuin University in Yokohama and several universities in Taiwan and Hong Kong. Chow is specialized in trade and development, with special interest in comparative developments in latecomers of industrialization Asia-Pacific region. His recent research focused on the economic transformation and integration in the Pacific Basin countries, technological transfers and modernization in the late industrialized countries. He served as the Executive Director for the American Association for Chinese Studies, the economics editor of the American Journal for Chinese Studies, and a referee for several professional and academic journals in the world. 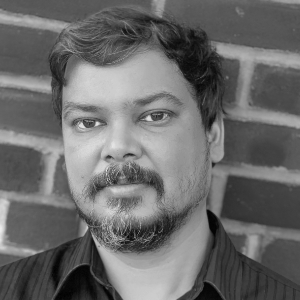 Dr. Prabal K. De is a Professor of Economics in the Colin Powell School at the City College and a doctoral faculty at the Graduate Center of the City University of New York. His recent research focuses on access, outcome, and disparities in health and education. His work has been funded by National Cancer Institute and the Murphy Institute, among others. Previously, he was a short-term consultant with the World Bank Group in Washington, DC. He holds a Ph.D. in Economics from New York University. 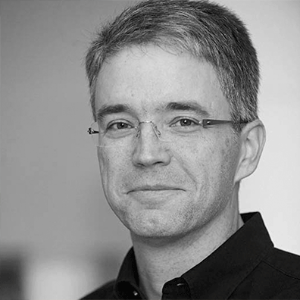 Kevin R. Foster is Associate Dean in the Colin Powell School for Civic and Global Leadership at The City College of New York. His research has been concentrated in four main areas: assessing the relevance of Japanese monetary and fiscal policies to American experiences in the Financial Crisis; nonparametric methods for option pricing; examining asset returns for evidence of predictability particularly contrarian or momentum returns; and environmental entrepreneurship. The finance research in a number of different topics has had the unifying theme of applied econometrics, using leading-edge econometric procedures to examine questions relevant to policy and practice. With faculty in economics, and earth sciences, he led an interdisciplinary research team in environmental entrepreneurship, which has received over three-quarters of a million dollars in funding. In 2010 Foster was visiting faculty at the University of Shanghai for Science and Technology. He has served as an advisor to start-ups and private equity investment companies. Dr. Foster came to City College after receiving a Ph.D. from Yale University in 1998. He was an undergraduate at Bard College, NY. 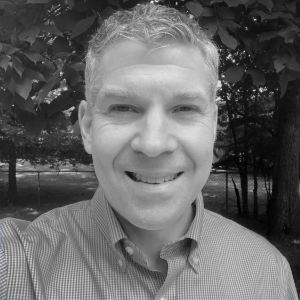 Dr. Matthew G. Nagler is a Professor in the Department of Economics and Business at the City College of New York. He also holds an affiliate appointment with the Graduate Center at the City University of New York. Before his promotion to Professor, he held the title of Associate Professor of Economics and Business at City College and the Graduate Center and, previous to that, Assistant Professor of Economics and Business Administration at Lehman College (City University of New York). Going back even further, he has held positions as an antitrust consultant, a marketing professional, and a staff economist at the Federal Communications Commission. Dr. Nagler is the author of numerous refereed journal articles relating to applied microeconomics, industrial organization, behavioral economics, and social economics. He received his Bachelors Degree in Economics from Cornell University and his Ph.D. in Economics from the University of California at Berkeley. 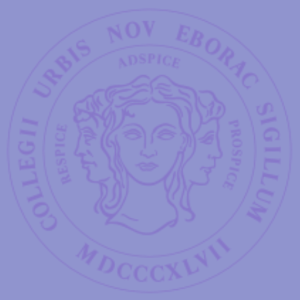 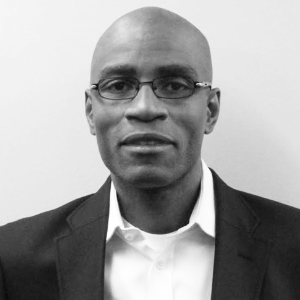 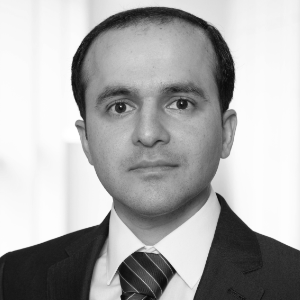 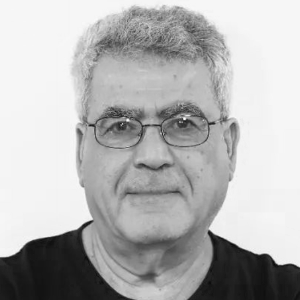 Dr. Yochanan Shachmurove is a Professor of Economics and Business at the City College and the Graduate Center of the City University of New York. He has worked with Harvard Institute for International Development advising the government of Ukraine with regards to its macroeconomic policies, including energy and natural resources issues. He has served as a Guest Editor for three special issues of the International Journal of Business, two of them dealing with Financial Markets of the Middle East, and one co-edited with Nobel Laureate Professor Lawrence Klein about the BRICs (Brazilian, Russian, Indian and Chinese economies), and as a Guest Editor for two issues of the Journal of Entrepreneurial Finance and Business Ventures. He is the Editor of the Proceedings of the Academy of Entrepreneurial Finance, 2002. He has been on the board of many journals and has taught at leading institutions of higher learning in five continents: Asia, Africa, North America, South America, Europe, and Australia. 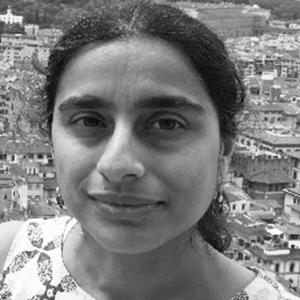 Dr. Shankar is an Assistant Professor in the Department of Economics, at City College, City University of New York. Before joining City College, she was an Economic Consultant for CRA International in Boston, where she worked on a variety of antitrust litigation cases as well as mergers and acquisitions. She received her Bachelors’ and Masters’ degrees from Delhi University, India and graduated with a Ph.D. in Economics from Cornell University. Her areas of research are Industrial Organization and Personnel Economics. Her current research focuses on the organization and turnover of skilled labor in high-technology industries. 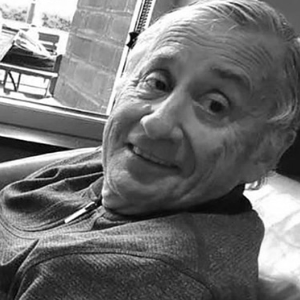 Leonard Trugman was a former lecturer in the Colin Powell School who retired in 2018 after years of service. Professor Trugman brought his considerable business experience into the classroom and taught hundreds of students in the economics department over the years. He knew both sides of a CCNY classroom, having himself studied and graduated from City College in his youth. Those who worked most closely with Len will remember him as someone who was eternally good-natured, light-hearted, and dedicated to the welfare and advancement of his students. 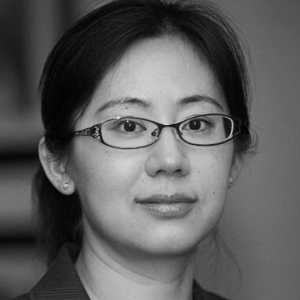 Dr. Yan Zhao is an Associate Professor in Finance at the Department of Economics, CCNY. She currently teaches Economics of Investments and Advanced Financial Economics. Her research interests are empirical equity pricing, investments, and asset allocation. Her current researches study trading strategies on post earnings announcement drifts, value-glamour anomalies, and financial market bubbles. Dr. Zhao has received her Bachelor degree from Peking University in China, master degree from Nottingham University in the U.K. and PhD degree from Brandeis University in Massachusetts.