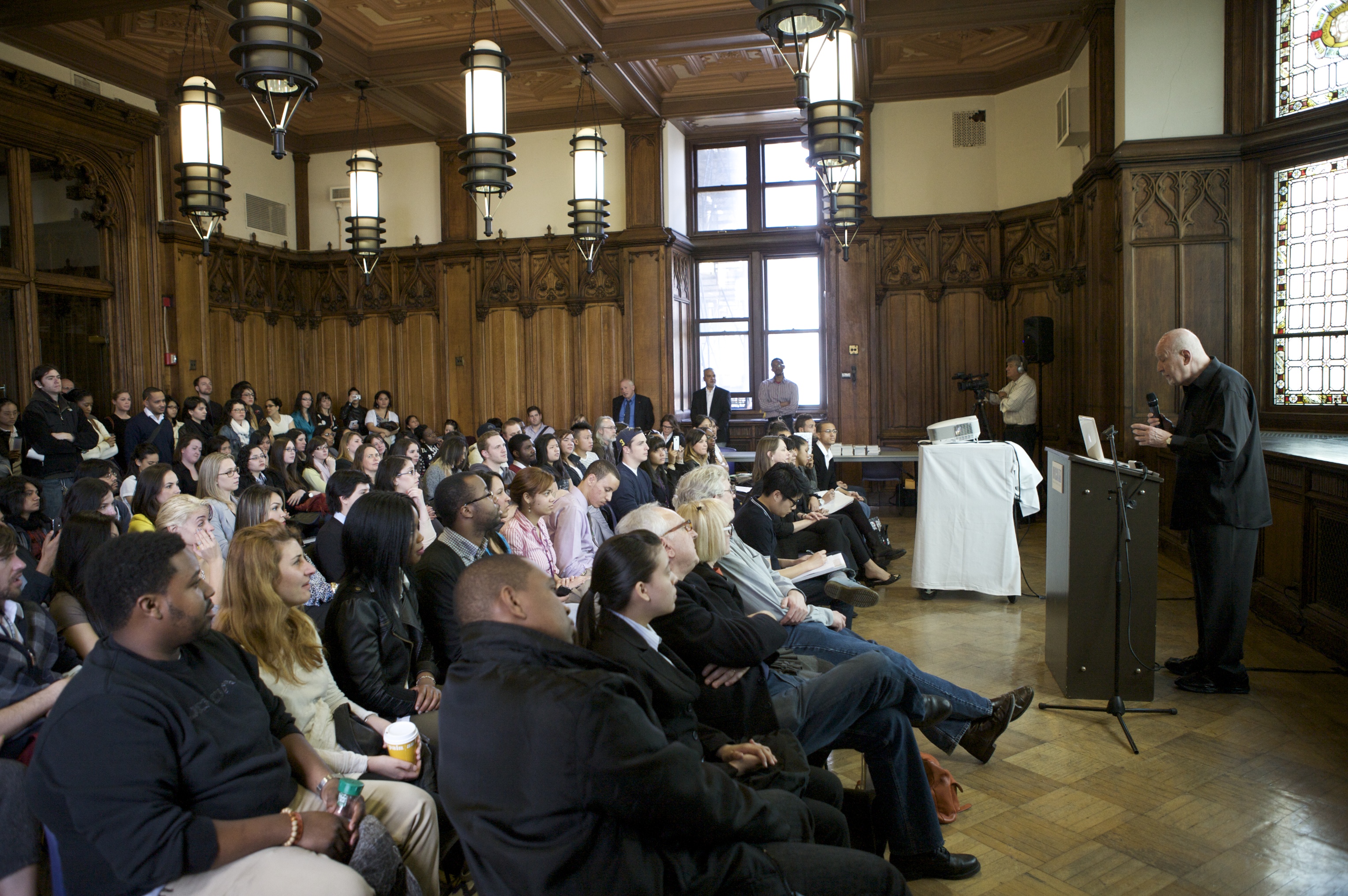 Launched by the Ad/PR Program in 2010, this thought leadership lecture series is co-sponsored by CCNY’s American Advertising Federation (AAF) Club and provides a platform for industry to speak on campus about timely issues in communications. Benefitting from our location in the media communications capital of the world, LwL has featured such illustrious guest speakers as George Lois, Keith Reinhold, Rob Norman, Michael Roth, Jackie Leo, James Othmer, and Faris Yakob.

Our series debuted in February during a raging snow storm, yet attracted a standing-room only crowd to see Faris Yakob deliver the inaugural “Lunch w/Leaders” lecture entitled, “Stuff that Doesn’t Work Yet – How Technology is Changing the Nature of Advertising.” The former Executive Vice President/Chief Technology Strategist of McCann Erickson, New York, and self-described digital ninja took the audience through a rousing presentation on how digital technology is creating a seismic shift in communication. Afterward, Faris mingled with the crowd, passed around his business cards as he encouraged everyone to continue the conversation and “have a nice day.” 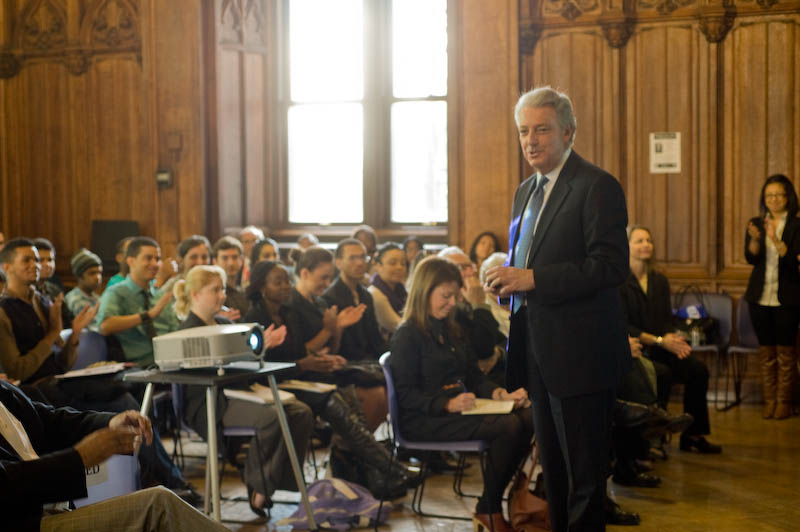 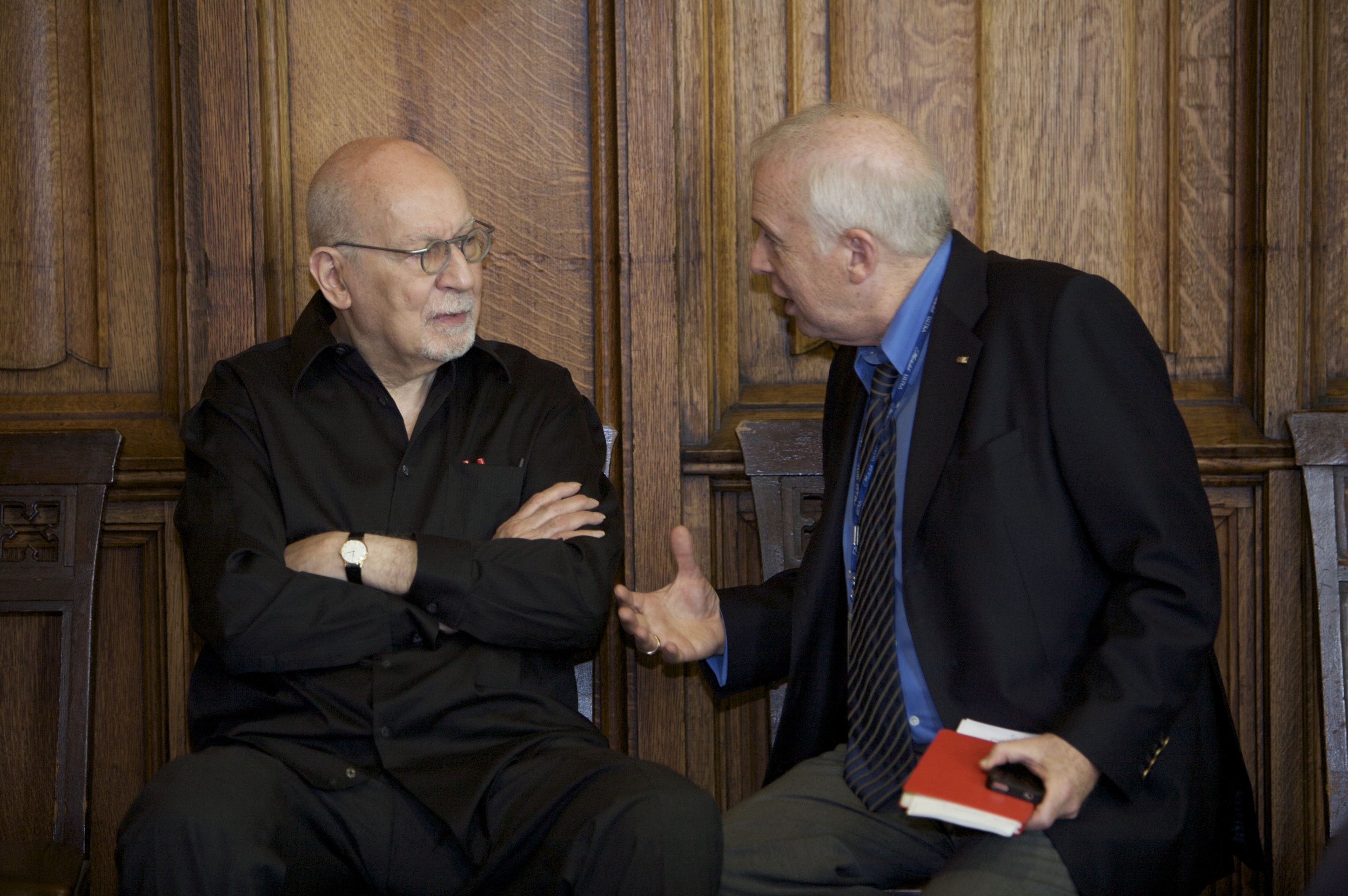 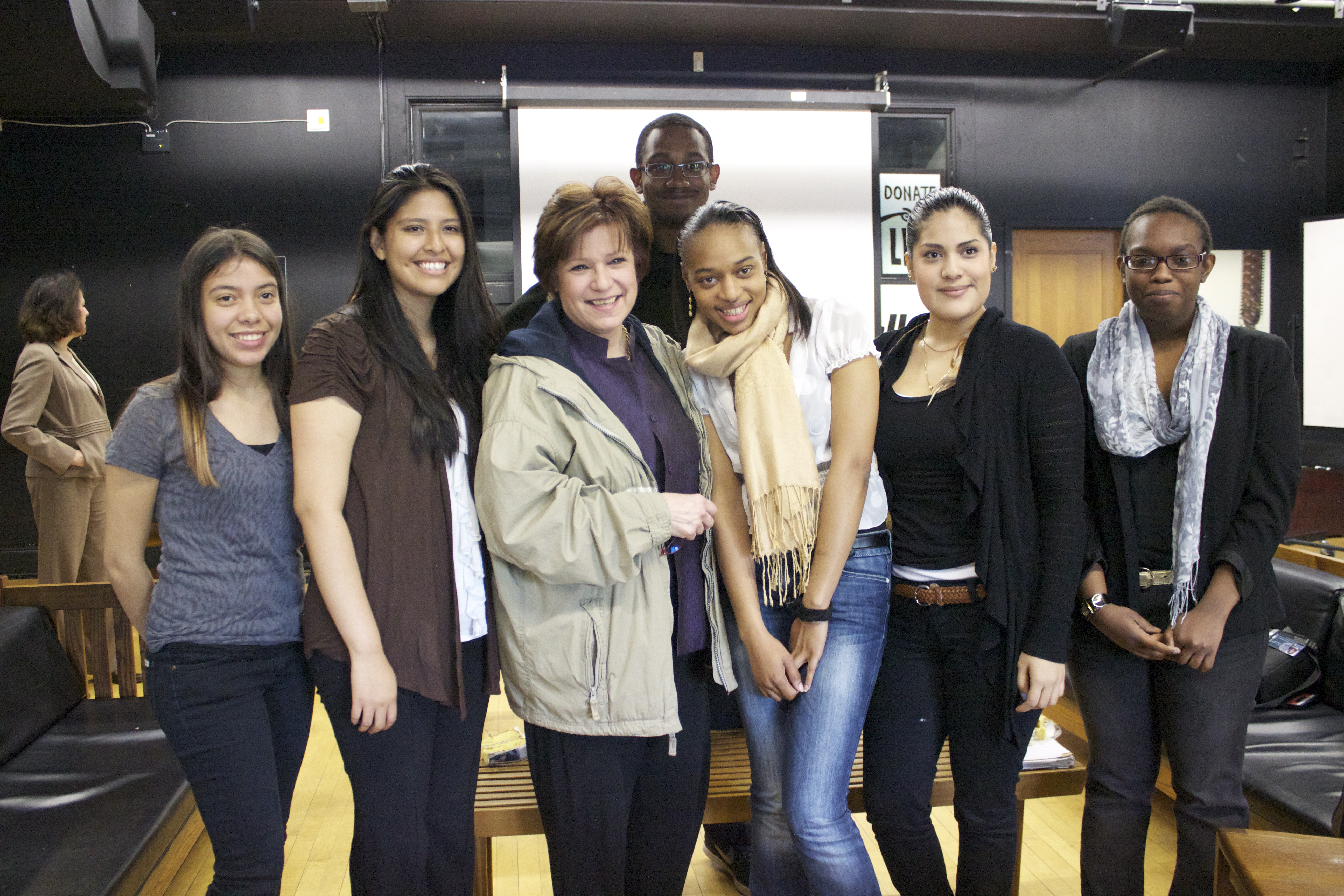 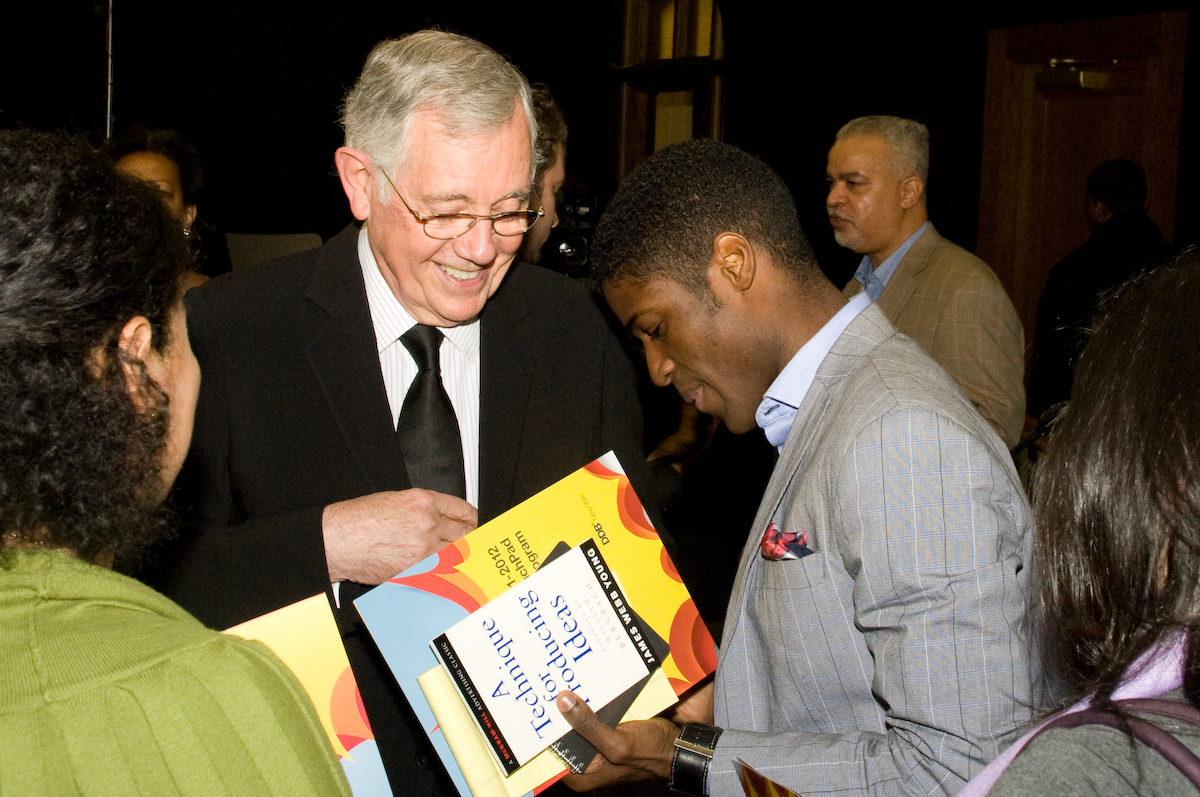 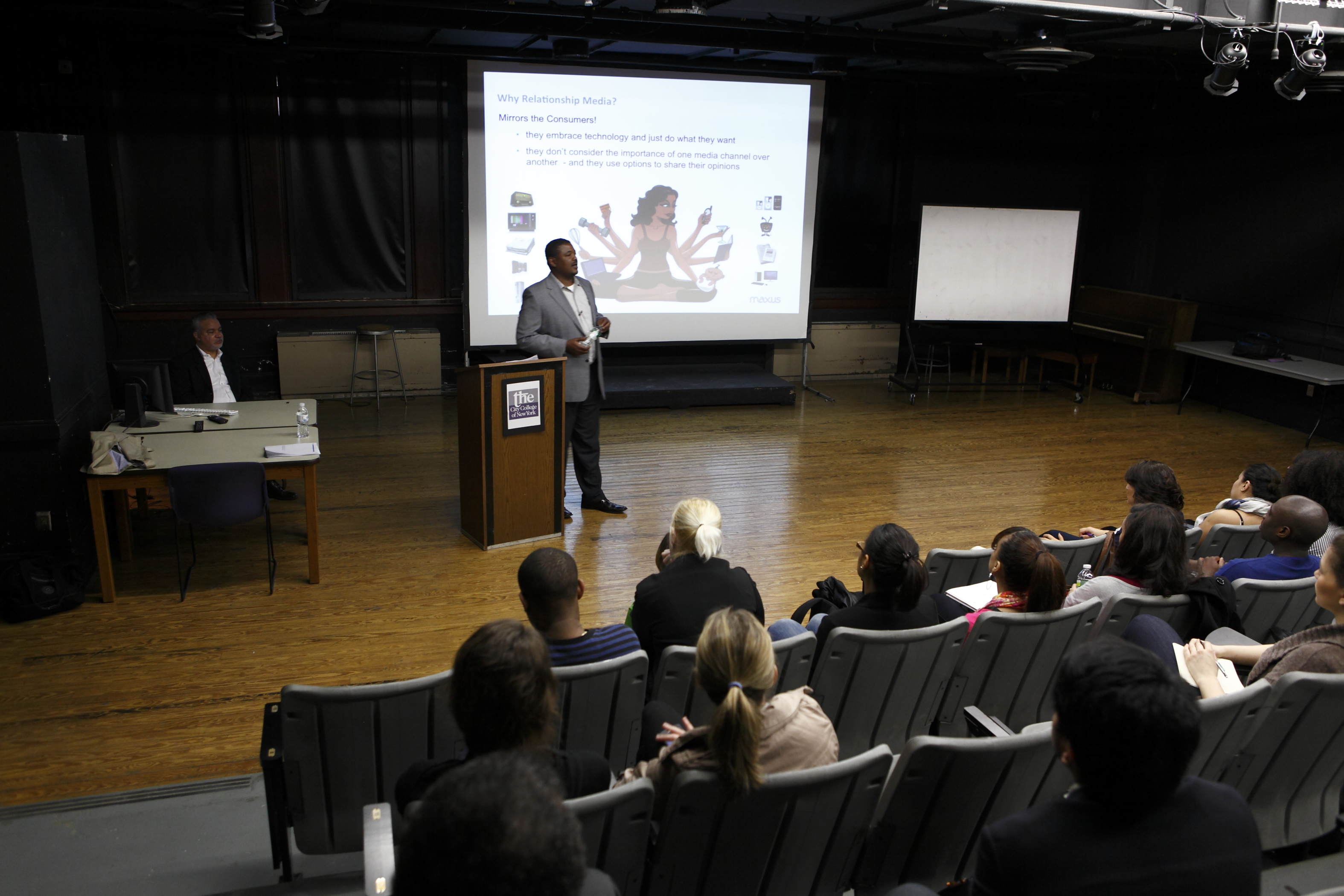 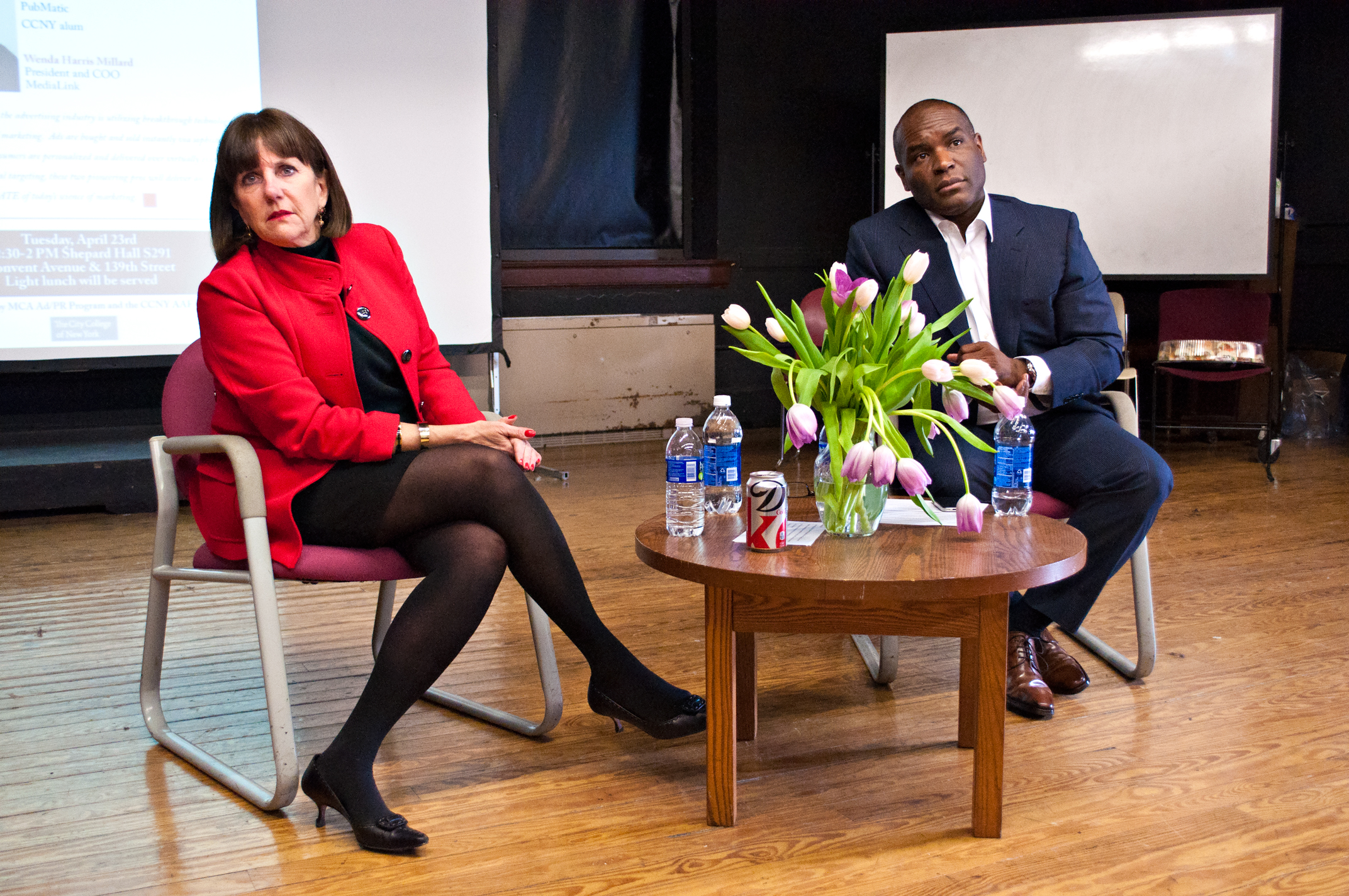 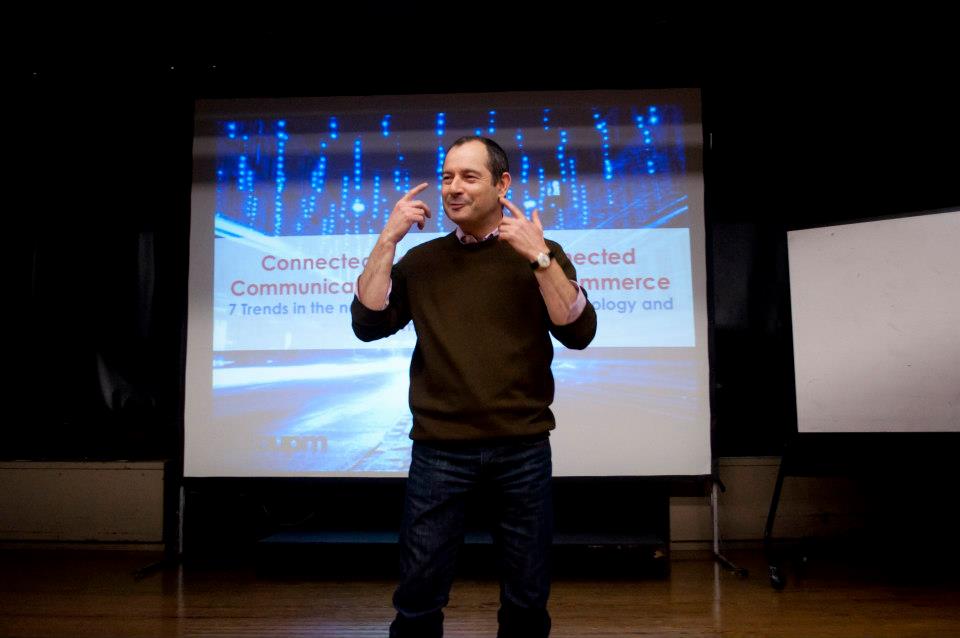 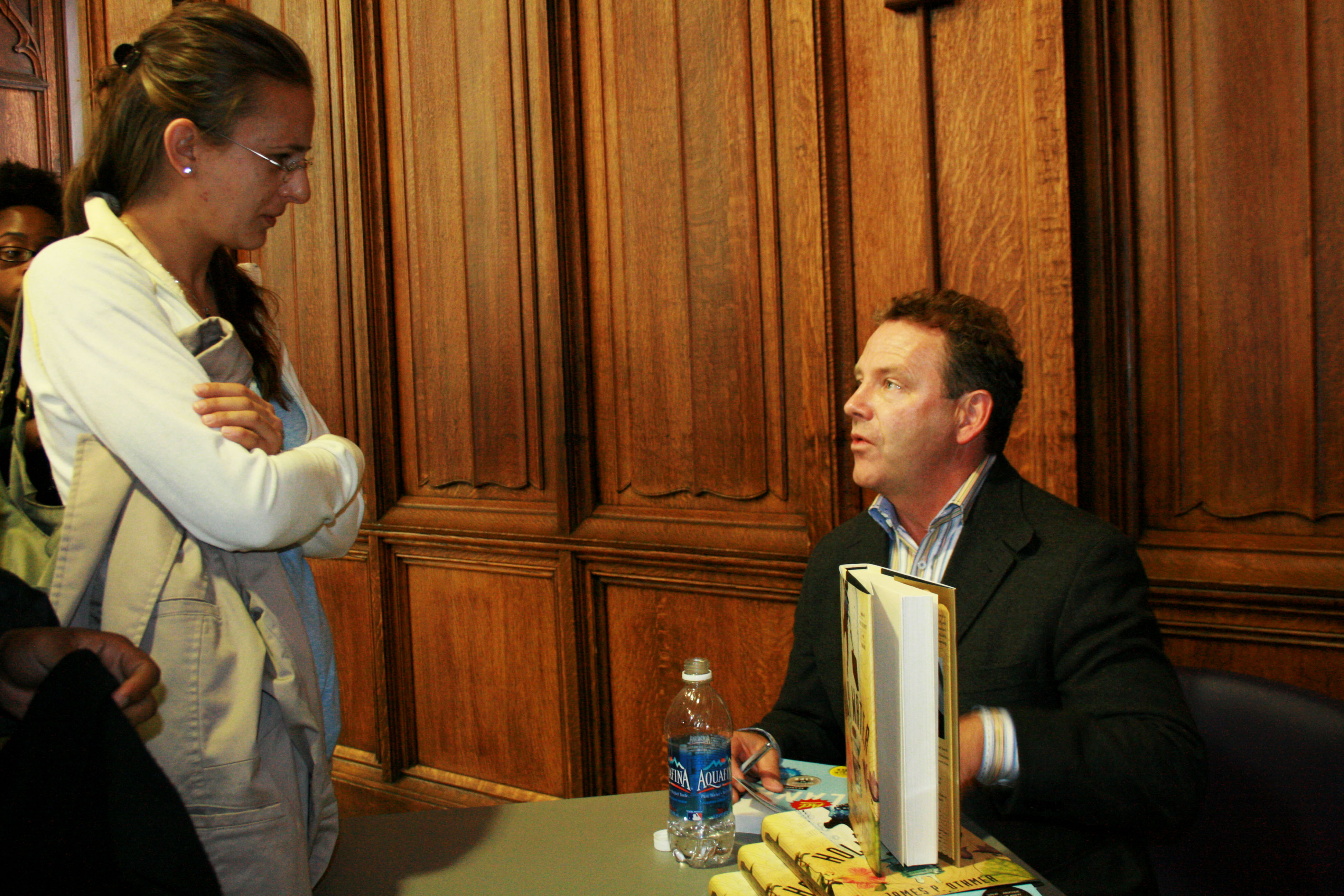 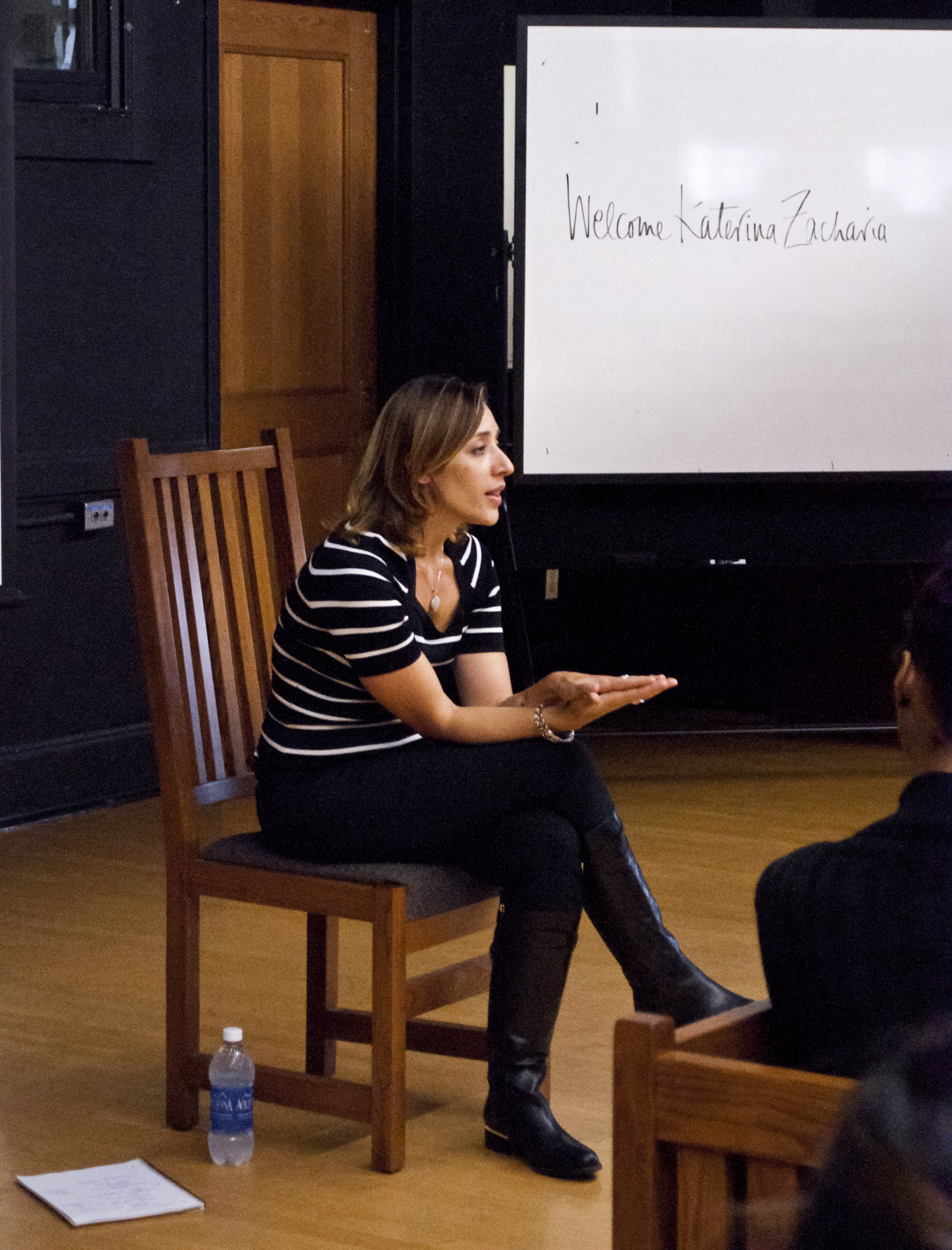 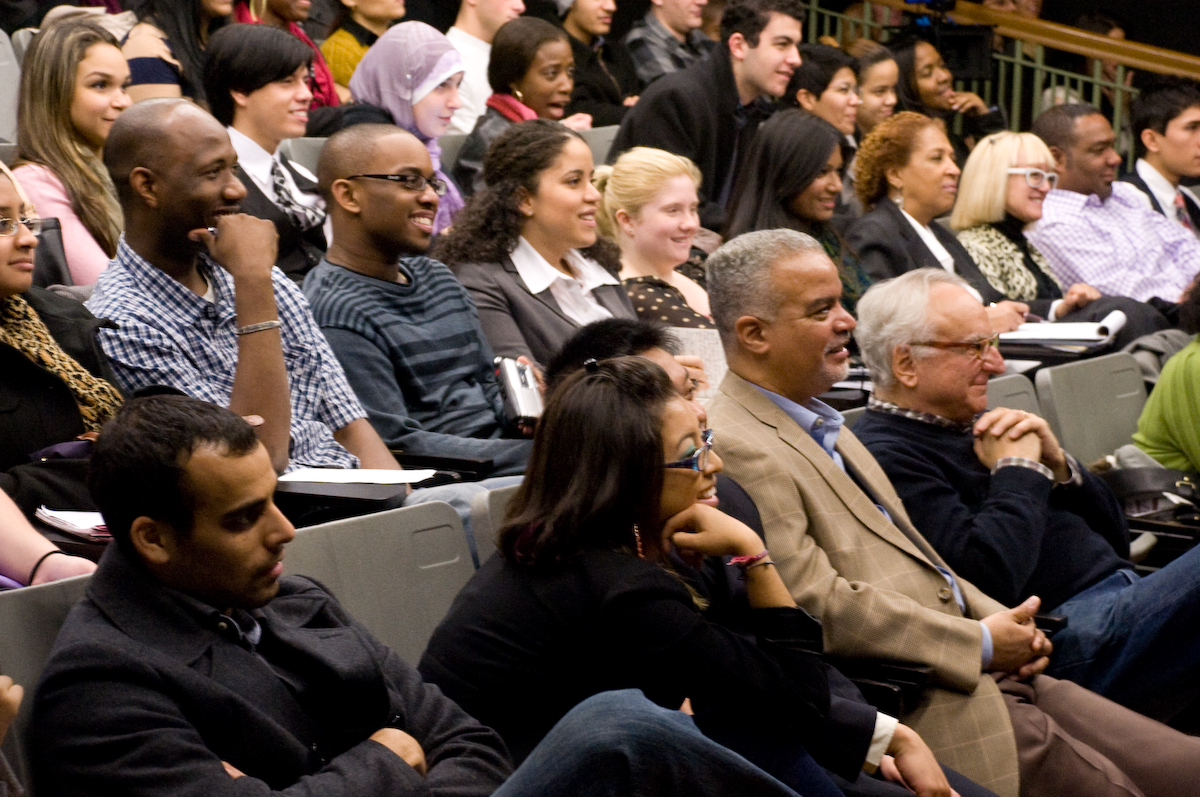 Lunch w/Leaders Audience of "Why Bernbach Matters" by Keith Reinhard 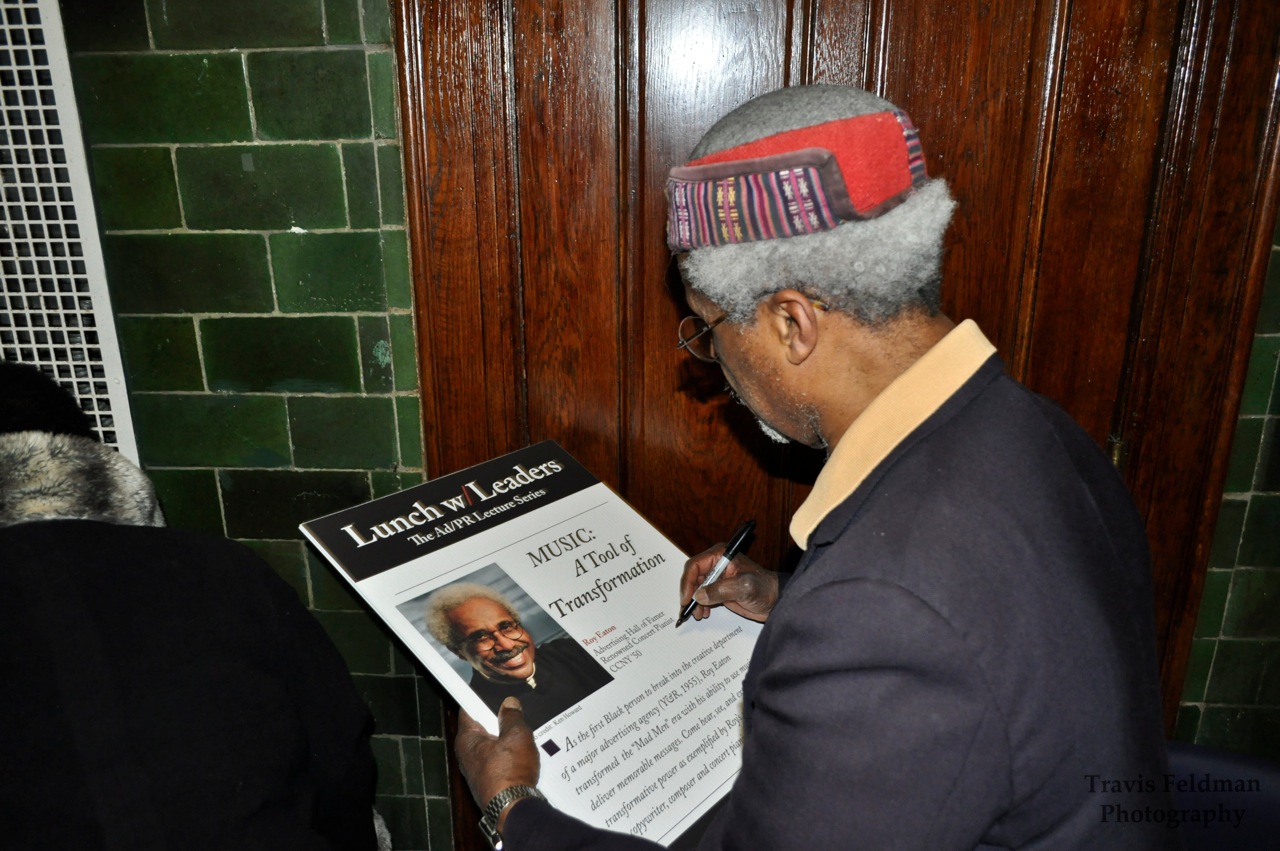 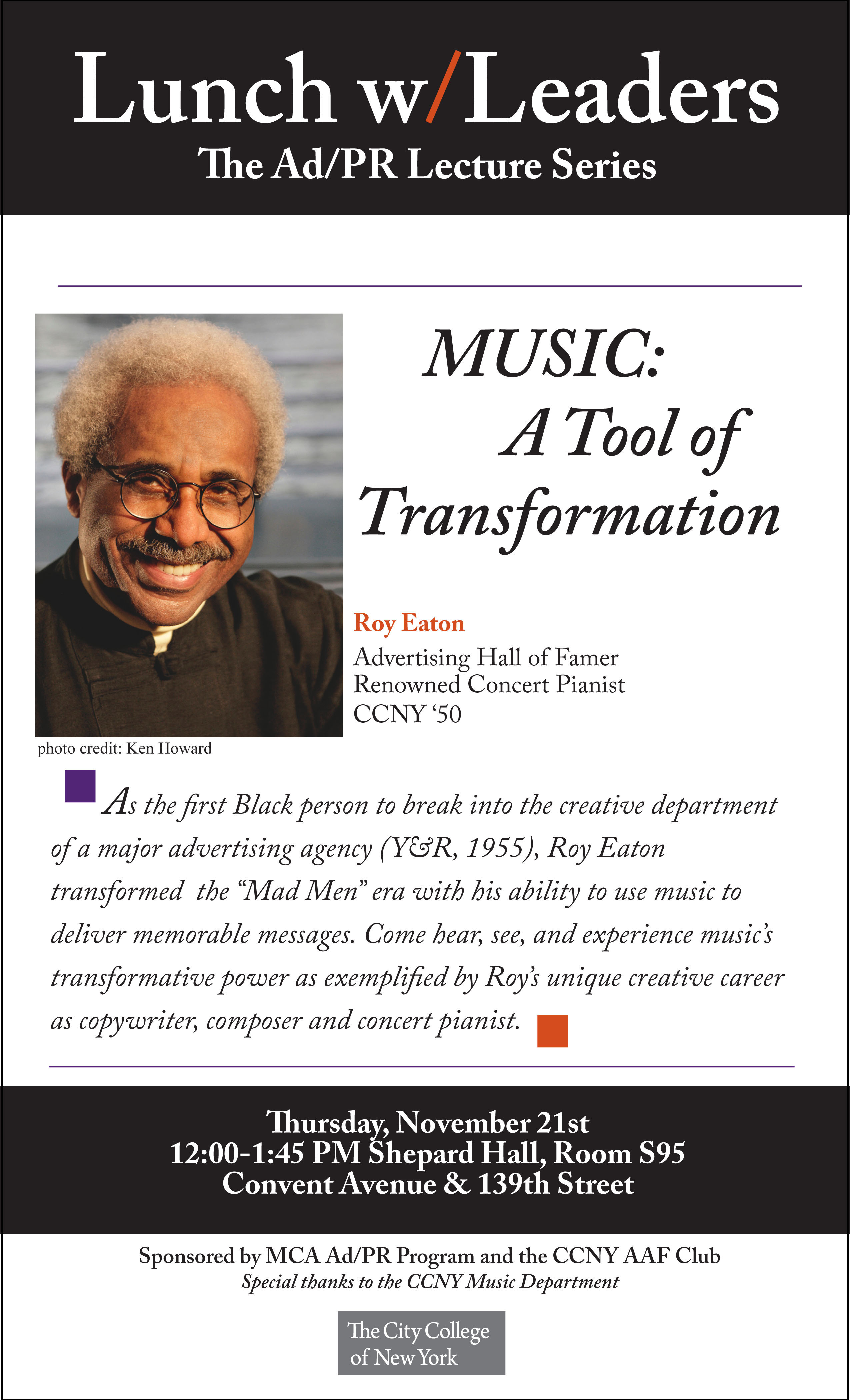 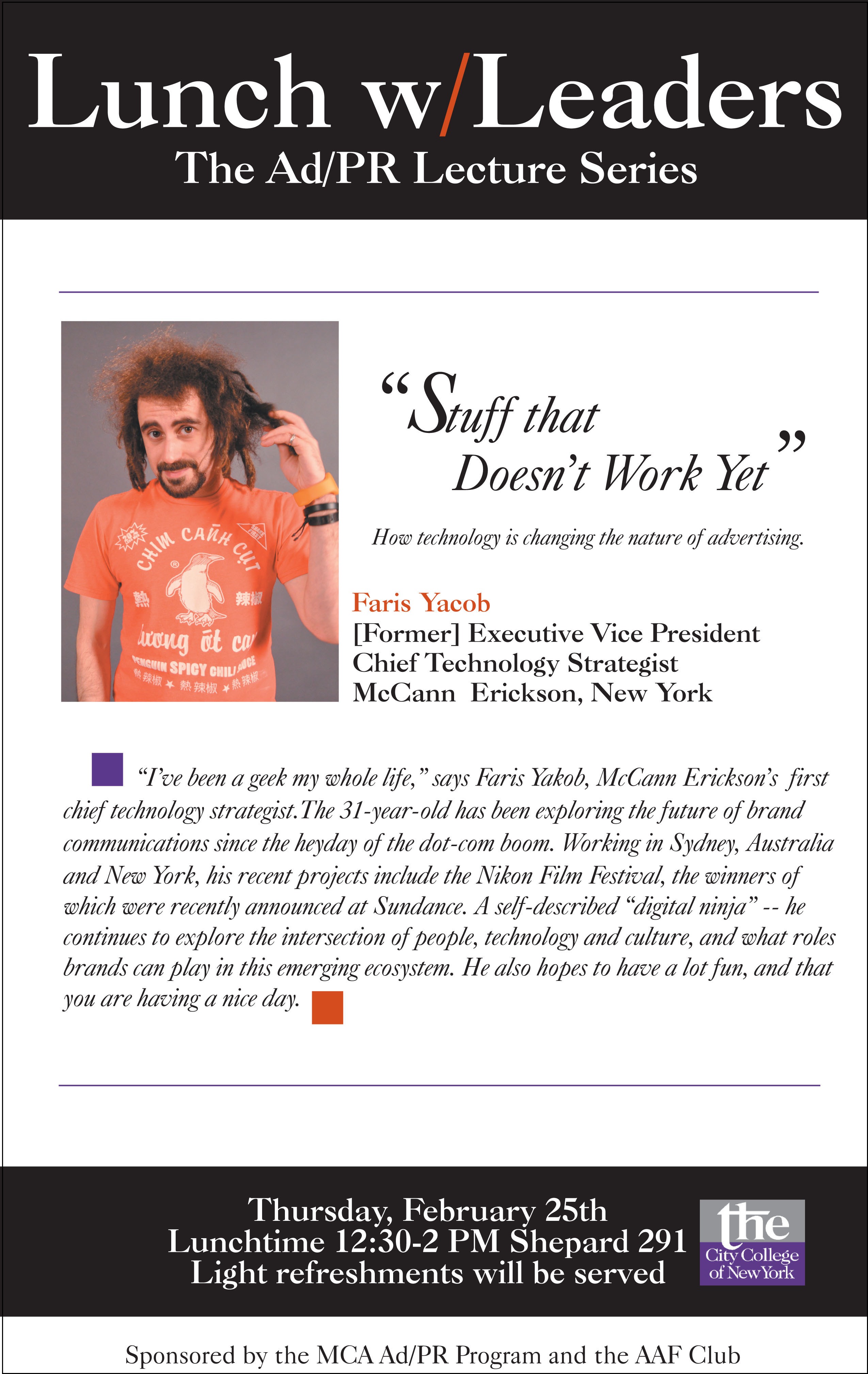 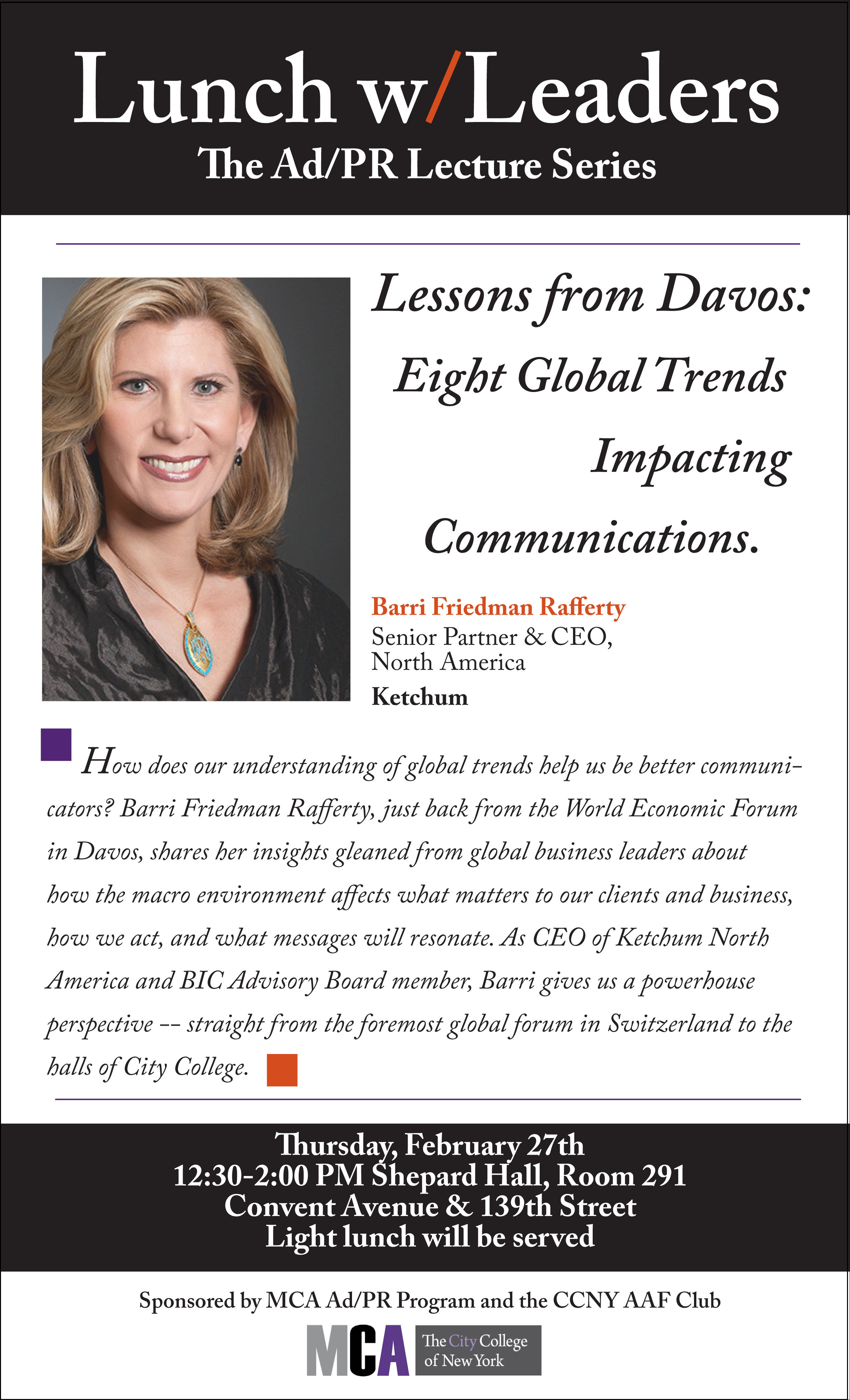 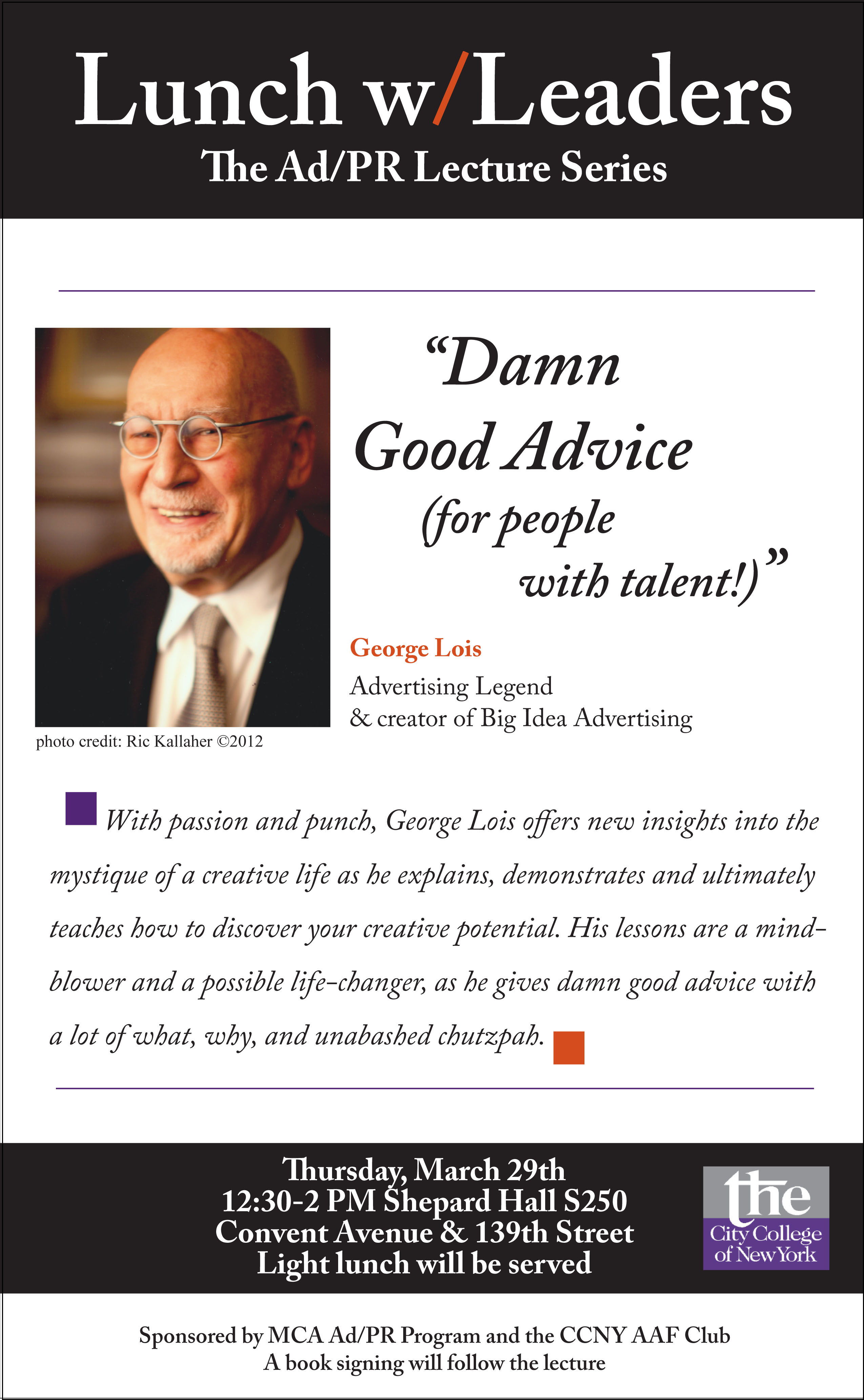 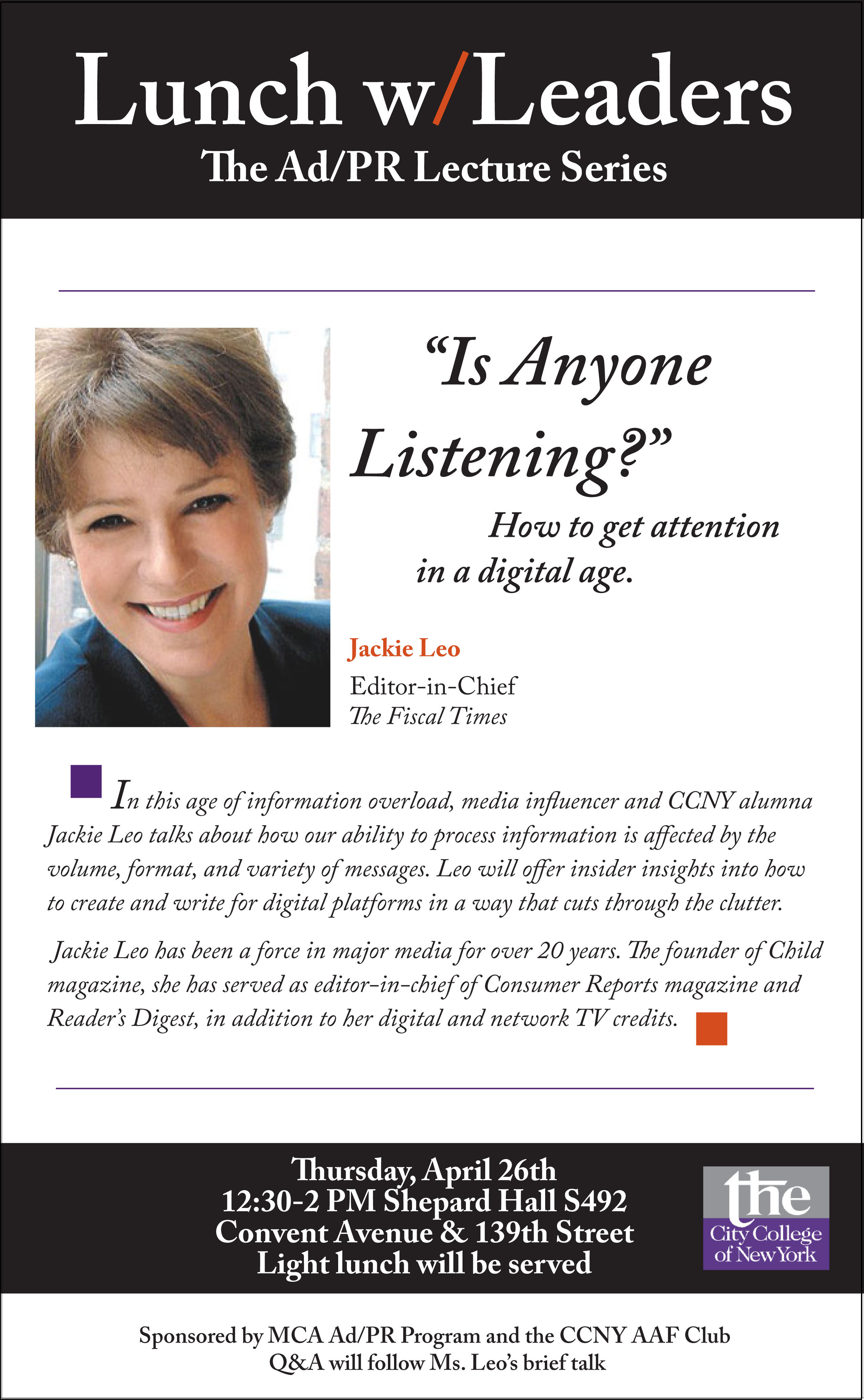 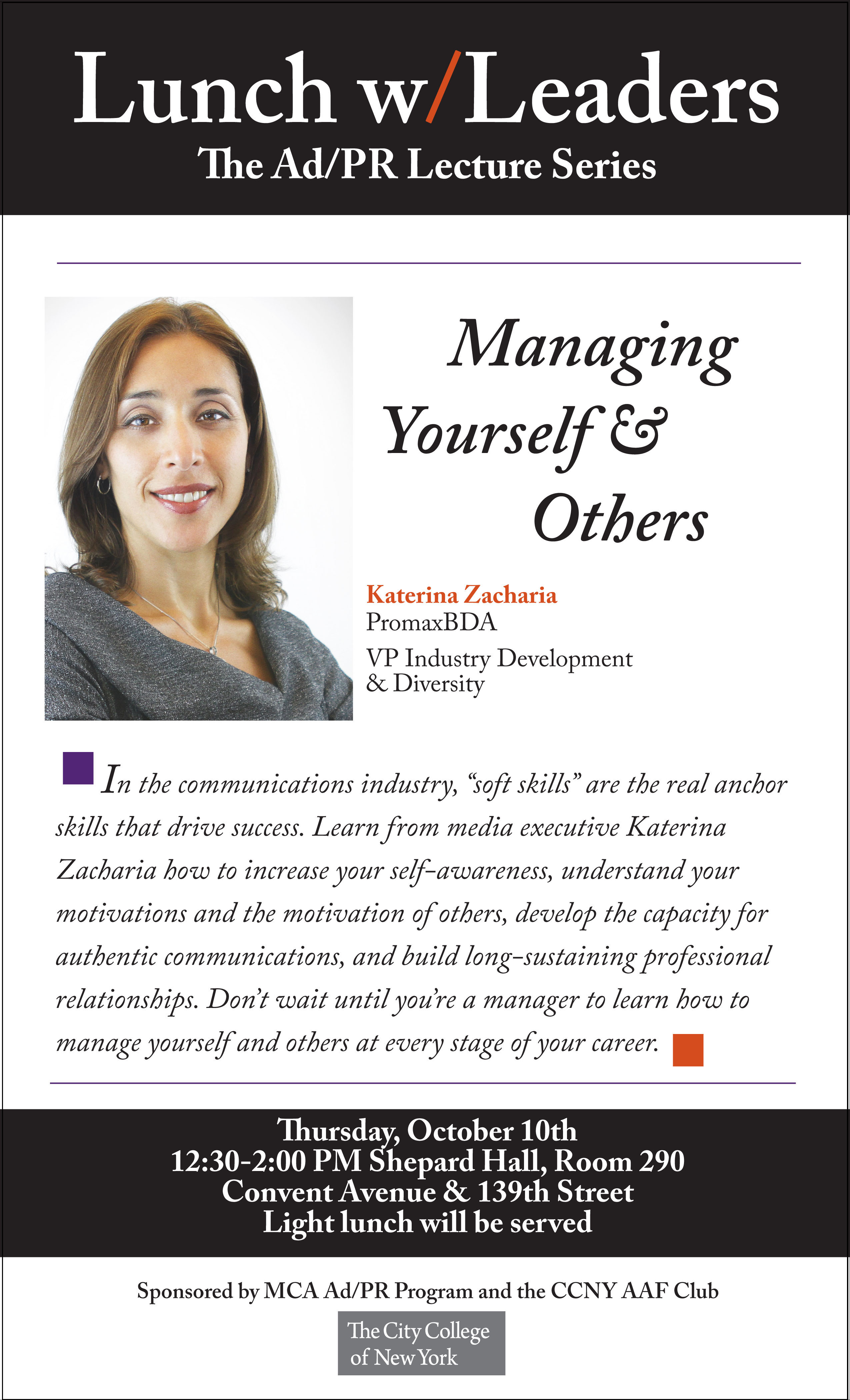 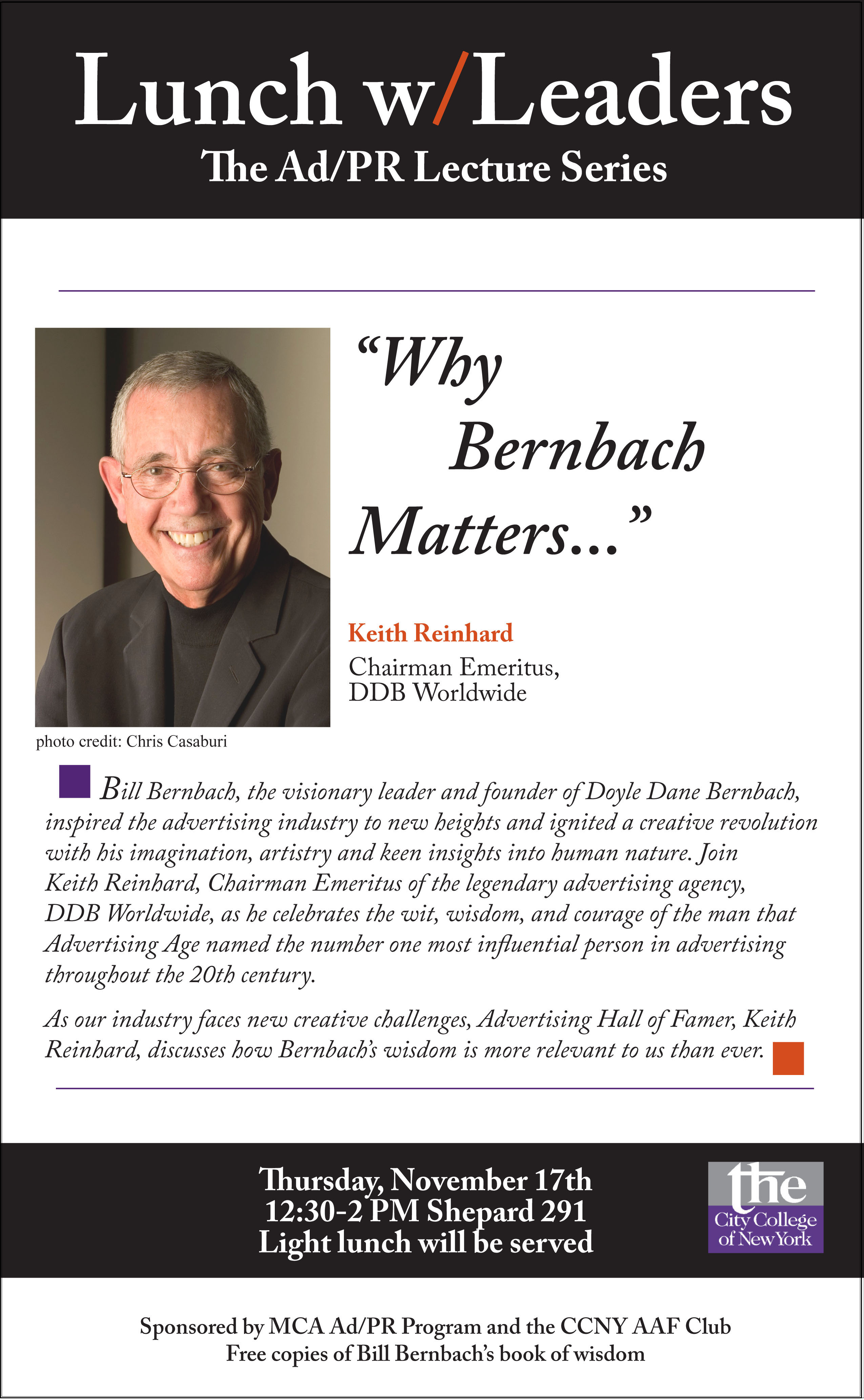 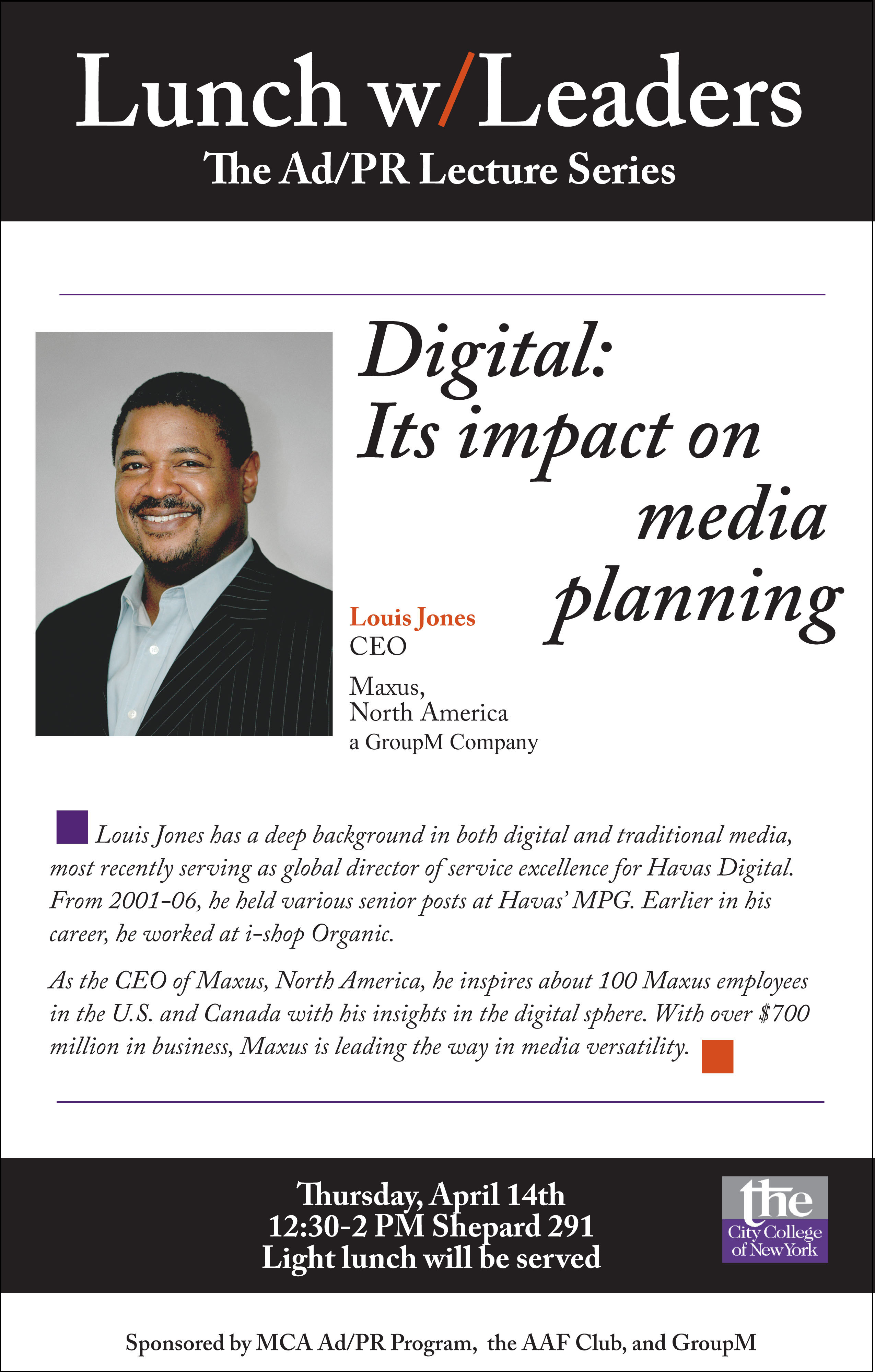 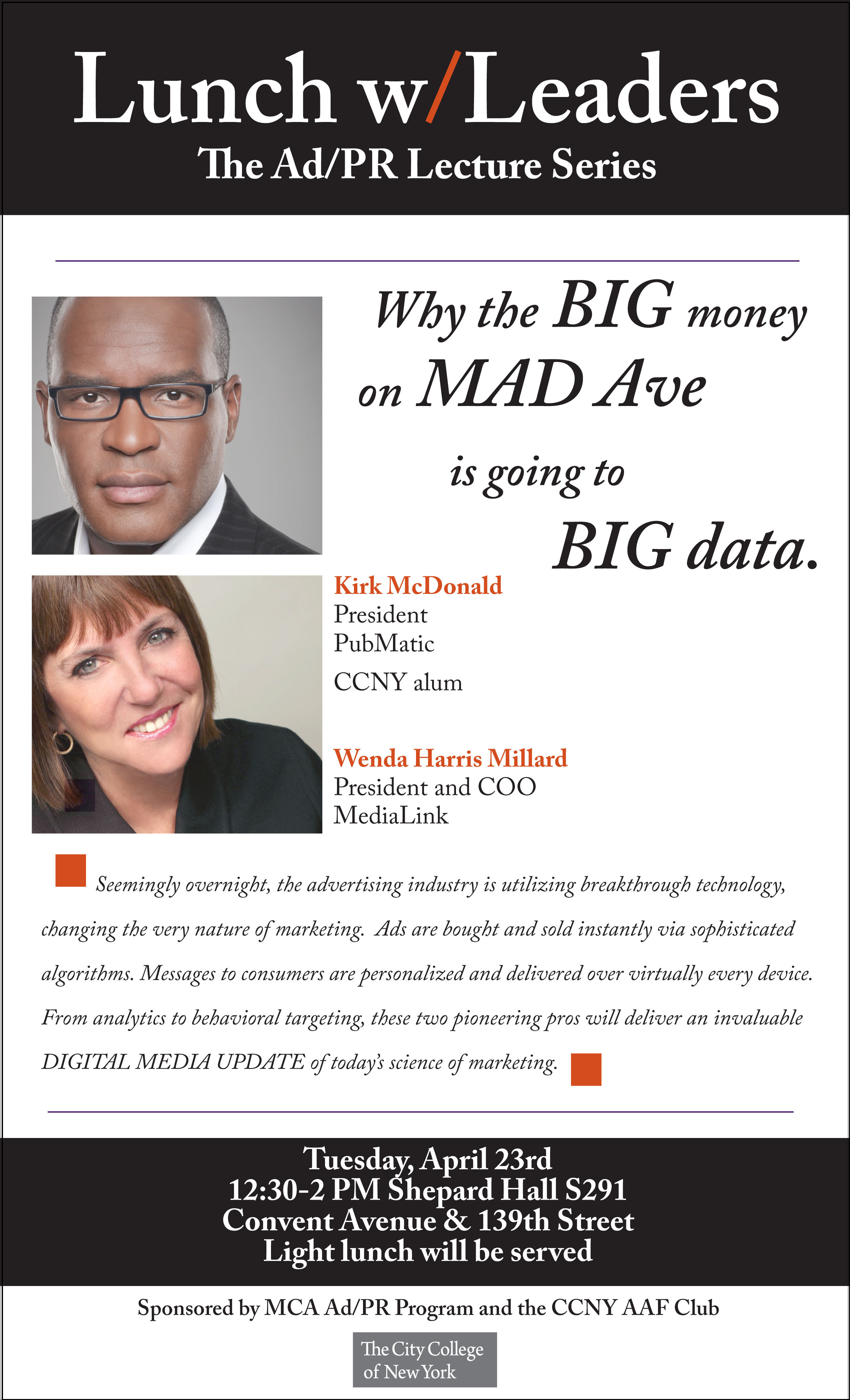 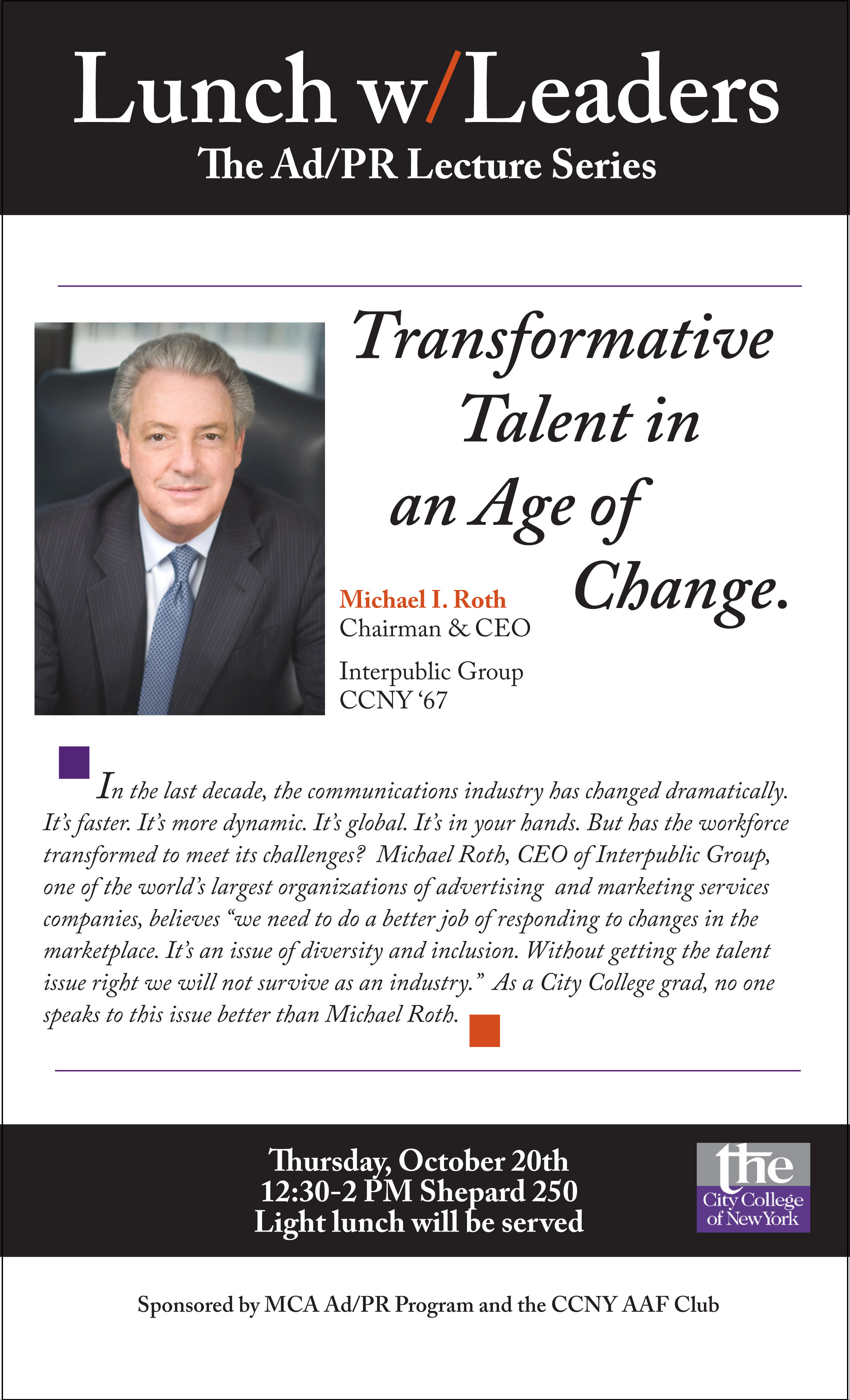 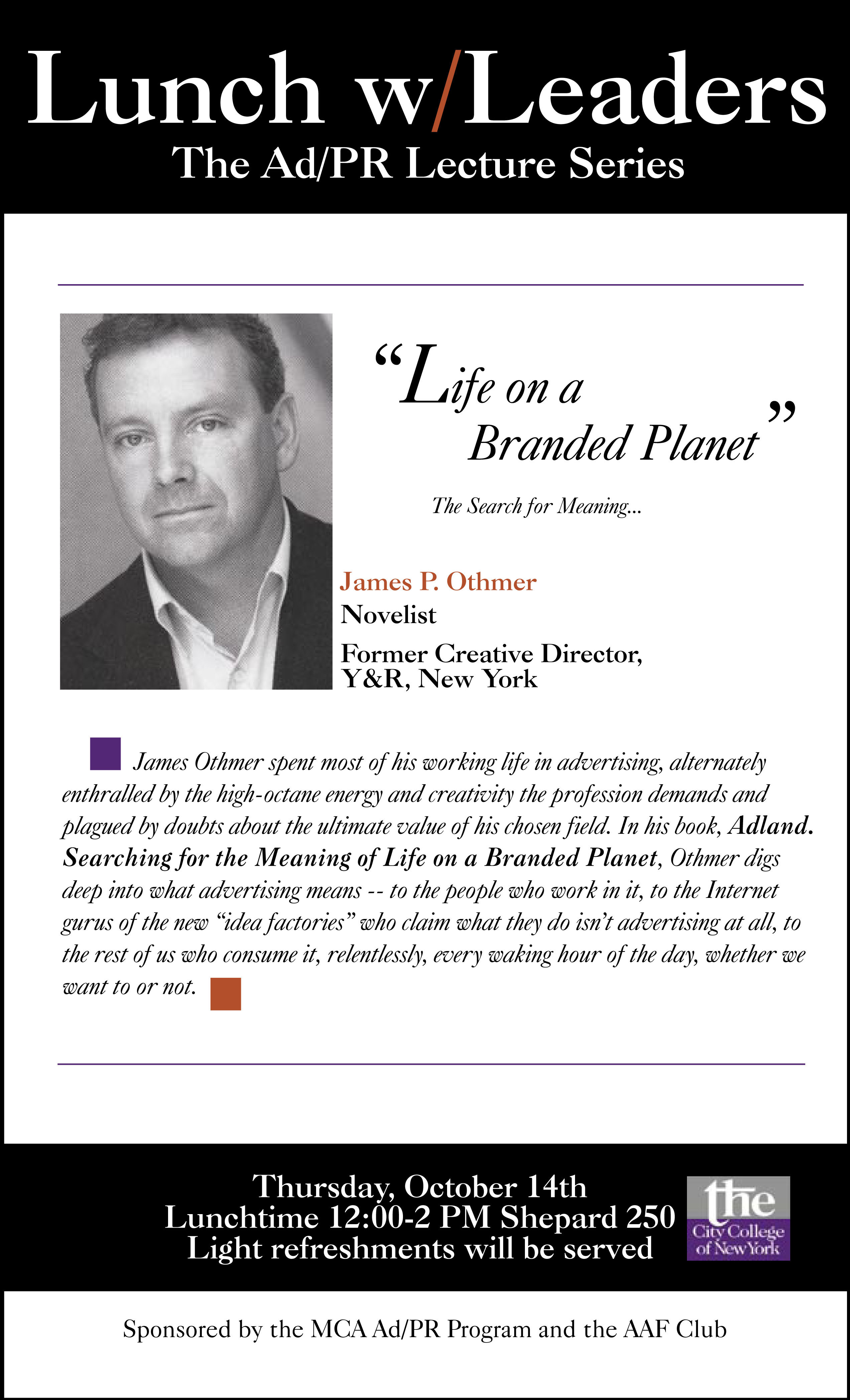 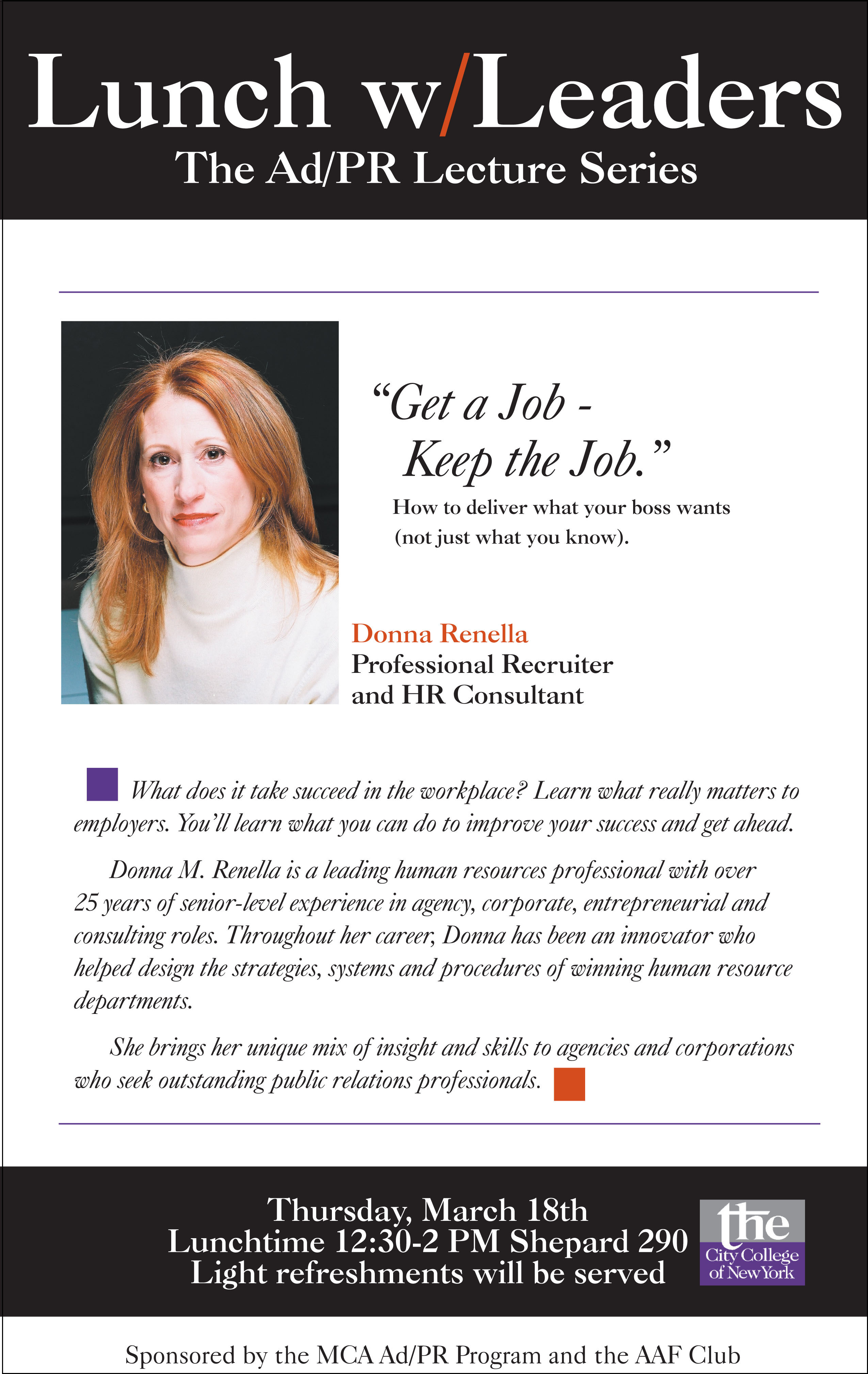 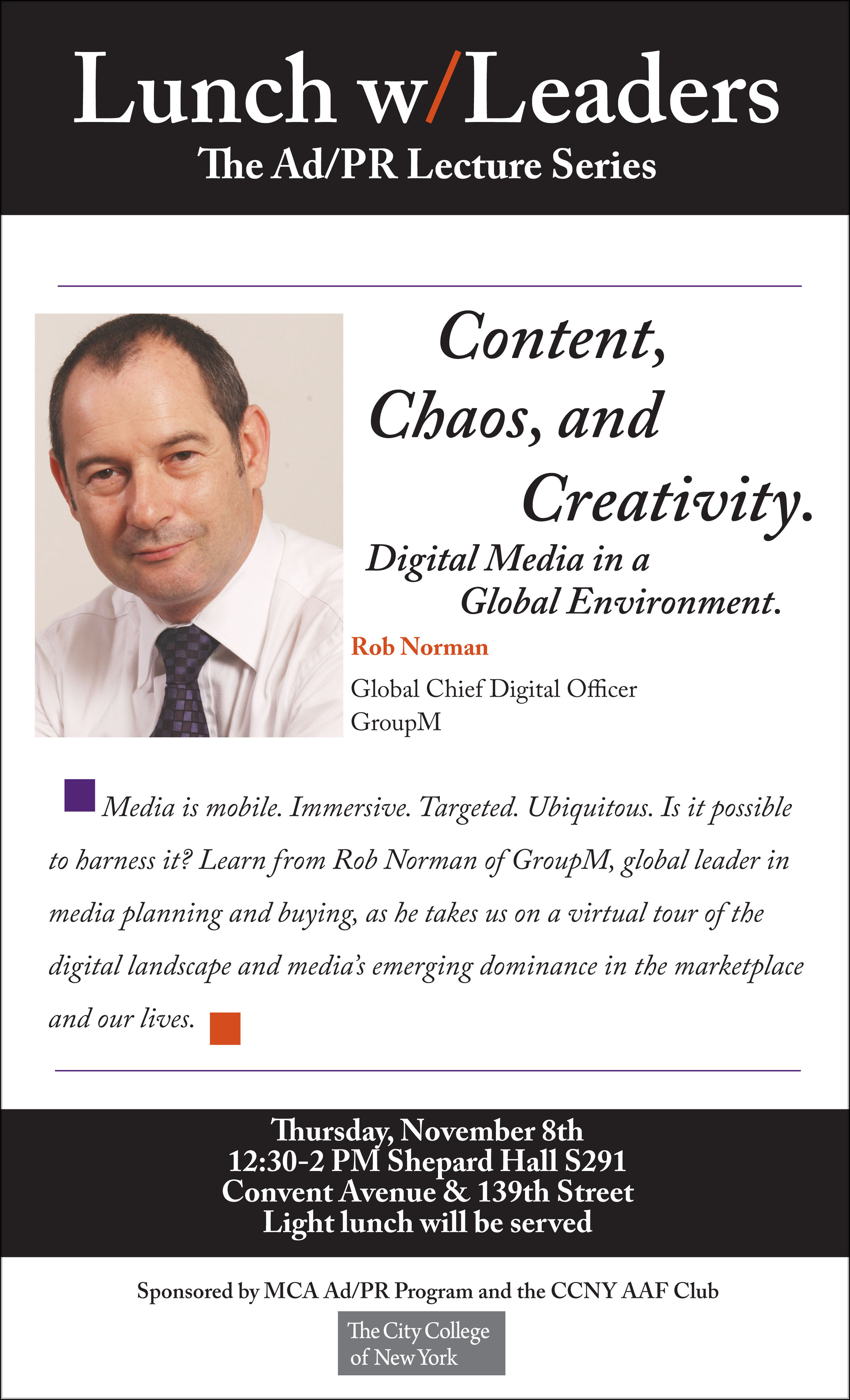