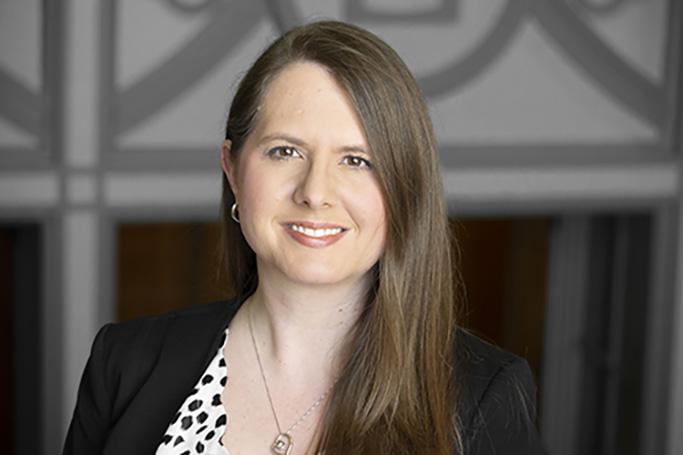 Elizabeth J. Biddinger joined the Department of Chemical Engineering at The City College of New York as an Assistant Professor in the Fall of 2012 and received her tenure promotion notice in Fall 2019 to be effective for Fall 2020.  Her research interests encompass green chemistry and energy applications utilizing electrocatalysis and ionic liquids.  Prior to joining CCNY, Professor Biddinger was a Post-doctoral Fellow at the Georgia Institute of Technology 2010-2012.  She received her Ph.D. in 2010 in Chemical Engineering from The Ohio State University and her B.S. in 2005 in Chemical Engineering from Ohio University.  Professor Biddinger has been recognized for her work including the 2018 DOE Early Career Award for biomass electroreduction, the 2016-2017 Electrochemical Society – Toyota Young Investigator Fellowship Award for reversible ionic liquid systems as electrochemical safety switches, and the 2014 CUNY Junior Faculty Award for Science and Engineering from the Sloan Foundation for CO2 electroreduction. Professor Biddinger has held multiple leadership posts including serving as the student awards chair for the Industrial Electrochemistry and Electrochemical Engineering Division of the Electrochemical Society (ECS) (2014-Present); a member of the ECS Publications Sub-Committee (2017-Present); a Director of the Catalysis and Reaction Engineering Division of the American Institute of Chemical Engineers (AIChE) (2017-Present) and; chair (2009-2010) and vice-chair (2008-2009) of the Central Ohio Professional Section of AIChE.