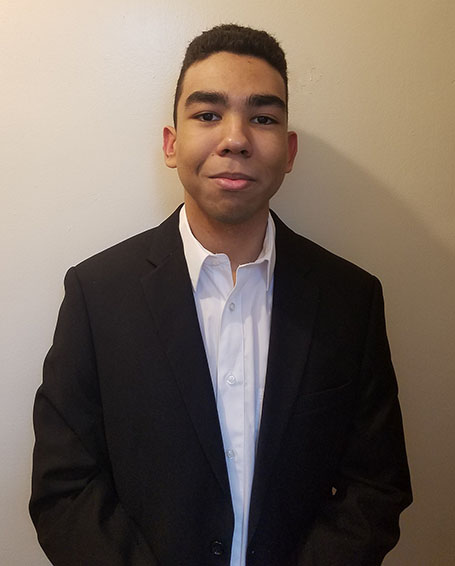 Tell us a little about yourself.  Where are you from and when did you join CCNY chemical engineering?

My name is Philippe Jean-Baptiste. I was born in and raised in Queens, New York, and first joined CCNY back in the fall of 2016. I later joined the Grove School of Engineering and declared chemical engineering as my major during the start of 2018. Since then, I've had the chance to join some honor societies such as Tau Beta Pi and Omega Chi Epsilon, the last of which I am the current student vice president. I've also performed research at the Janus and Patchy particle laboratory with Professor Kretzschmar as well as with Professor Messinger on a NASA project involving quantitative image processing of cycling battery electrodes.

I first heard of chemical engineering back when I was learning chemistry for the first time in high school. I quickly grew more interested once I learned about the number of fields you can work in whether it be through industry or research in academia or national labs.

Why did you join CCNY chemical engineering?

When I was applying to colleges during my senior year of high school, my brother was getting his master's in computer science at CCNY. Through him, I learned about the Grove School of Engineering and the quality of the education provided there.

You’ve had experience doing undergraduate research.  What have you learned?   Has this experience shaped your future career goals?

I first started doing research during the summer of 2019 as part of the Crest Ideals REU program. As part of the project I was working on, I learned some skills in image processing using Open CV Python and was able to expand on those skills when I went to work on the NASA research project the following year. While I didn't plan on it at first, doing research and being around Ph.D. students encouraged me to go to grad school after I graduate.  So that’s the plan now.

Any advice for your fellow chemical engineering students?

Never be afraid to learn new skills outside of engineering. Feel free to branch out and learn something new that you can enhance your skillset.