In Memory of Reuel Shinnar 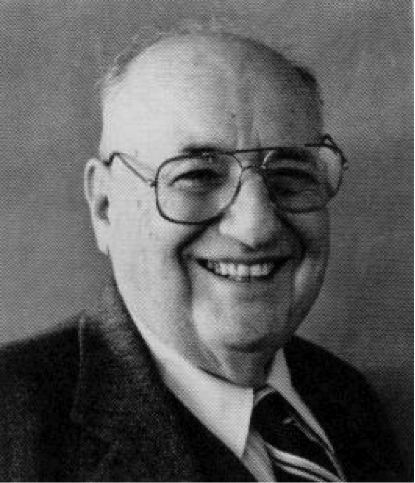 We are very thankful to Mildred Shinnar, and Reuel’s sons, Shlomo and Meir, and the vast community of friends who learned from Reuel, taught with Reuel, lived and worked alongside Reuel, and loved Reuel.

The Reuel Shinnar Visiting Professorship has been introduced as a way to honor and celebrate Reuel’s extraordinary life and career, including over forty years, many as Distinguished Professor, dedicated to the education and learning of City College chemical engineering students and advancing the Chemical Engineering science and practice.

Born in 1923 in Wien Neustadt, Austria, Reuel Shinnar spent many of his early years moving throughout Europe, a portion of the war years as a teen refugee in Sweden, before obtaining his BS and MS in Chemical Engineering at the Technion. After a decade and a half, which took him to through the Israeli Military, a PhD at Columbia University and Princeton’s Guggenheim Jet Laboraties, he joined the City College of the City University of New York as Professor of Chemical Engineering. He was named Distinguished Professor in 1979.

Reuel’s contributions to process control, reaction engineering, crystallization, filament breakup, process economics, and thermodynamic analysis of reaction systems are well-known in the profession, and they are the primary reasons for his election to the National Academy of Engineering in 1985 and his receipt of AIChE's Alpha Chi Sigma (1979) and Founders (1992) Awards. He served as a member of the Panel on Energy and Natural Resources Engineering (1985-1988), the Committee to Examine the Research Needs of the Advanced Extraction and Process Technology Program (1992-1993, and the Chemical Engineering Peer Committee (1997-2000).

Reuel’s contributions outside of traditional Chemical Engineering are equally significant. His papers on the criminal justice system that employ mathematical modeling and control theory concepts to analyze the effect of imprisonment on crime rates are routinely cited in criminology texts and analyses of sentencing guidelines, and were the subject of a long New York Times Magazine article. His retrospective economic analysis of historic rates of return on implemented Chemical Engineering technologies has had a profound effect on economic thinking regarding corporate financial analysis and his unsparing analysis of the proposed hydrogen economy in Chemical Engineering News tamped down some irraitonal exhuberance. It is no surprise that Reuel was not afraid to stake out iconoclastic views.

At City College, Reuel was active in educating students, training PhD candidates and recruiting faculty as well as serving briefly as Department Chair. Reuel was always the first to offer guidance to young faculty members and to offer them the benefit of his insight, experience and critical eye. Both assistant professors at CCNY and younger engineers in industry where Reuel consulted, faced with a Shinnar cross-examination of their ideas, approached him with trepidation, but they ultimately viewed him as an indispensable asset. Reuel’s office, just as his Shabbat table, was always open.

In recognition of Reuel’s many important contributions to engineering, as to his very broad community around the world, we are thrilled to successfully secure the funding to create the Reuel Shinnar Endowment in Chemical Engineering.