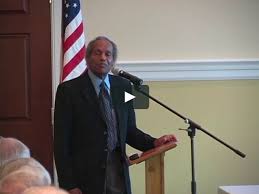 "Well, what interested me in chemical engineering, or technology, was being able to make things work — to know how things are made, and that you can come up with new things…I think that kind of excitement is what is important. For someone to become chemical engineers or an engineer in another discipline, he has to have a passion for it."
2015 AICHE Interview with Arnold Stancell

Stancell was awarded a graduate fellowship from the Massachusetts Institute of Technology and became the first African American to earn his Ph.D. degree from MIT in chemical engineering in 1962.

Beginning in 1962, Stancell researched chemical plastics products for Mobil Oil. After taking leave to teach for a year at MIT in 1970, he returned to Mobil Oil where he became Vice President of Mobil Plastics in 1976, and later head of the United States oil and natural gas business and then a vice president in the international area. Among his achievements are initiating, negotiating and signing an $18 billion investment venture between Mobil and the State of Qatar for the production, transportation and marketing of liquefied natural gas from the 900 trillion cubic feet North Field in the Persian Gulf – an important source of energy for the United States and the rest of the world.

In 1993, Stancell retired from Mobil after a thirty-one year career and a year later accepted George Institute of Tecnology’s invitation to join its faculty as professor of chemical engineering. He became the Turner Professor of Chemical and Biomolecular Engineering in 2001, and in 2004 retired as Professor Emeritus.

After the 2010 British Petroleum oil spill in the Gulf of Mexico 41 miles off the Louisiana Coast – the largest marine oil spill in history, Stancell consulted and advised the United States Department of Interior. In 2011, he was appointed by President Barack Obama to the National Science Board. Stancell has been awarded nine U.S. patents for innovations in polyethylene manufacture, commercial terephthalic acid purification for polyester manufacture and the first commercial process for polybutene-l, and use of plasmas to react at surfaces to make permselective membranes for separation applications.

Stancell has received numerous recognitions including the American Institute of Chemical Engineers National Award for Chemical Engineering Practice, Career Achievement Award of City College of New York, Professional Achievement Award of the National Organization for the Professional Advancement of Black Chemists and Chemical Engineers and in 1992 was named Black Engineer of the Year. In 1997, he was inducted into the National Academy of Engineering and in 2009, was elected to its Board. In 2010, he was appointed to the Governing Board of the National Research Council. He has also received numerous outstanding teacher awards.