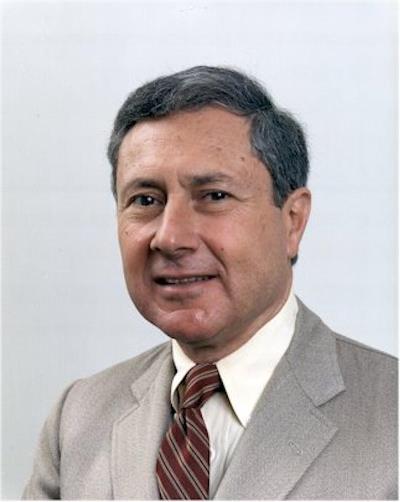 For some time, people were conjecturing that maybe we could shrink the cells down and make them really small,” but nobody actually pursued the question. I started doing theoretical studies trying to figure out how small the cells could be, how close together frequencies could be repeated and how many different frequency sets were needed to assure cells using the same frequency were far enough apart not to interfere with one another.
Joel Engel, an oral history conducted in 1999 by David Hochfelder, IEEE History Center, Hoboken, NJ.

When Joel S. Engel and Richard H. Frenkiel teamed up at Bell Labs in the 1960s few could have imagined how fruitful that relationship would be. In short, their partnership would help change the way in which the world communicates, not to mention the ways New Yorkers navigate the streets.

Working with scores of other Bell Labs engineers, Engel and Frenkiel developed a way to multiply the capacity of the channels that handled mobile telephone traffic. Their idea was to develop a network of low-power transmitters spread across a region – which they called cells – that greatly expanded the numbers of calls that could be handled. Their vision became the architecture for today’s cellular telephone systems.

Bell Laboratories facilitated their employees’ interest in continuing education and supported Engel’s doctoral studies at the Polytechnic Institute of Brooklyn, where he received a PhD in electrical engineering.  At the request of NASA, Bell Laboratories assigned a team to provide support to the Apollo moon project and Dr. Engel was a member of that team.

After graduating from the School of Engineering at City College in 1957 with a Bachelor of Science in Electrical Engineering, Engel continued his education the MIT Instrumentation Laboratory (now the Draper Laboratory) while earning a Master of Science in Electrical Engineering. He joined Bell Labs in 1959, where he initially was involved in working with transmitting digital data over analog telephone channels. He left Bell Labs in 1964 to work with NASA on the guidance system used in the Apollo space program but returned in 1967 and turned his emphasis to cellular communications technology.

Engel’s contribution to cellular telephone came after his return to Bell Labs, when he led the team that produced the system design for what became the first cellular telephone system, the Advance Mobile Phone System.  For this accomplishment, he received the Alexander Graham Bell Medal of the Institute of Electrical and Electronics Engineers in 1987.

In 1994, President Clinton presented Joel Engel with the National Medal of Technology and Innovation, the nation’s highest civilian award for technology, for his fundamental contributions to the theory, design and development of cellular mobile communications systems. Other awards have followed. In 2013 he received the National Academy of Engineering’s Charles Stark Draper Prize for his pioneering work. Awarded biennially, the Draper Prize is one of the world’s preeminent awards for engineering achievement, often referred to as “the Nobel Prize for engineering,” and carries a cash award of $500,000. As he did with his previous awards, Engel donated his honorarium to City College.  Joel Engel went on to become the Chief Technology Officer of Ameritech, one of the Regional Bell Telephone Companies created at the breakup of the Bell System, and is currently President of JSE Consulting.