The first part of this talk focused on the design of MRI-compatible mechatronics that enables teleoperated robotic interventions with tentacle-like steerable robots. While robotics has revolutionized the standard of care for certain laparoscopic procedures, its impact has been limited by the soft tissue visualization and straight-line access requirement of many existing robotic systems. Dr. Su presented a piezoelectric actuation approach that produces the least amount of MRI artifact during robot actuation. He also introduced a tentacle-like continuum robot that provides dexterous tissue manipulations. Those robots for MRI-guided prostate biopsy and neurosurgery have demonstrated its clinical efficacy through thirty human and animal trials.

Hao Su is an assistant professor in the Department of Mechanical Engineering at the City College of New York. He was a postdoctoral research fellow at Harvard University and the Wyss Institute for Biologically Inspired Engineering. Prior to this role, he was a Research Scientist at Philips Research North America where he designed robots for lung and cardiac surgery. He obtained the Ph.D. degree on Surgical Robotics from the Department of Mechanical Engineering at Worcester Polytechnic Institute. Dr. Su received the Best Medical Robotics Paper Runner-up Award in the IEEE International Conference on Robotics and Automation (ICRA) and Philips Innovation Transfer Award. He received the Advanced Simulation & Training Award from the Link Foundation and Dr. Richard Schlesinger Award from the American Society for Quality. He holds patents on surgical robotics and socially assistive robots. 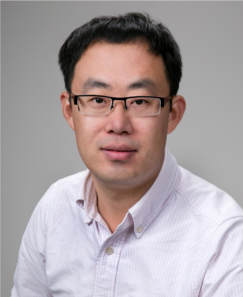