PHYSICS-BASED VISION: PAST, PRESENT, AND FUTURE

< Home / The Grove School of Engineering / PHYSICS-BASED VISION: PAST, PRESENT, AND FUTURE

Katsushi Ikechi received the BE degree in Mechanical Engineering from Kyoto Univ. in 1973 and the PhD degree in Information Engineering from the Univ. of Tokyo in 1978. After working at the AI Lab, MIT for three years; AIST for five years; RI, CMU for 10 years; IIS, U Tokyo for 19 years, he joined Microsoft as a Principal Researcher in 2015. During the tenure in the universities, he supervised more than 50 PhD students, and many master and bachelor students. His research interest spans computer vision, robotics, and computer graphics. In these research fields, he has received around two dozen best paper awards, including the ICCV David Marr award and IEEE RAS K. S. Fu Trans. paper award. In addition, in 1992, his paper on shape-from-shading was selected as one of the most influential papers to have appeared in the Artificial Intelligence Journal within the past 10 years. 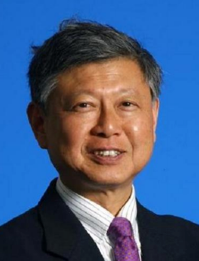