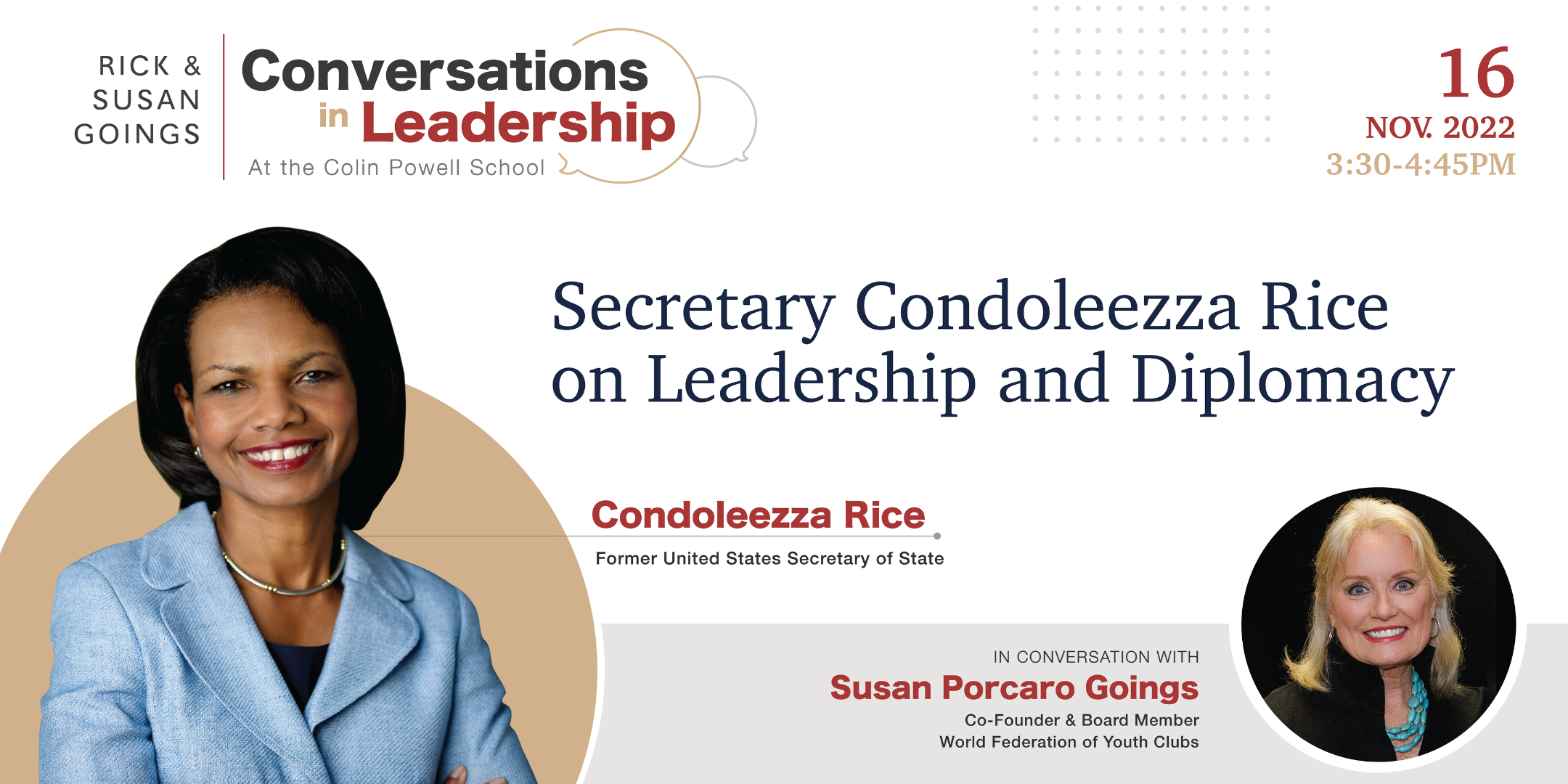 A Conversation on Leadership with Former Secretary of State Condoleezza Rice

Condoleezza Rice is the Tad and Dianne Taube Director of the Hoover Institution and a Senior Fellow on Public Policy. She is the Denning Professor in Global Business and the Economy at the Stanford Graduate School of Business. In addition, she is a founding partner of Rice, Hadley, Gates & Manuel LLC, an international strategic consulting firm.

Secretary Rice served as Stanford University’s provost from 1993 to 1999, during which time she was the institution’s chief budget and academic officer. As Professor of Political Science, she has been on the Stanford faculty since 1981 and has won two of the university’s highest teaching honors.

From February 1989 through March 1991, Secretary Rice served on President George H.W. Bush’s National Security Council staff. She served as Director, then Senior Director, of Soviet and East European Affairs, as well as Special Assistant to the President for National Security. In 1986, while an International Affairs Fellow of the Council on Foreign Relations, she also served as Special Assistant to the Director of the Joint Chiefs of Staff.

T﻿he Rick and Susan Goings Conversations in Leadership are marque public discussions with individuals who have taken unconventional paths to success at the highest levels of their professions. We probe deeply into the careers of those whose leadership has made a difference and who have persevered despite the odds. Through this series, we will develop an understanding of the styles and critical elements of leadership.

**Everyone who attends in-person must be ready to display evidence of full vaccination.

All attendees must be vaccinated, and masks are required. For guests (non-CUNY, non-CCNY attendees), here is the Cleared4 link for registering and submitting vaccination credential. This needs to be done at least 3 days in advance of the event. ((bit.ly/Health-Verification-GUEST))