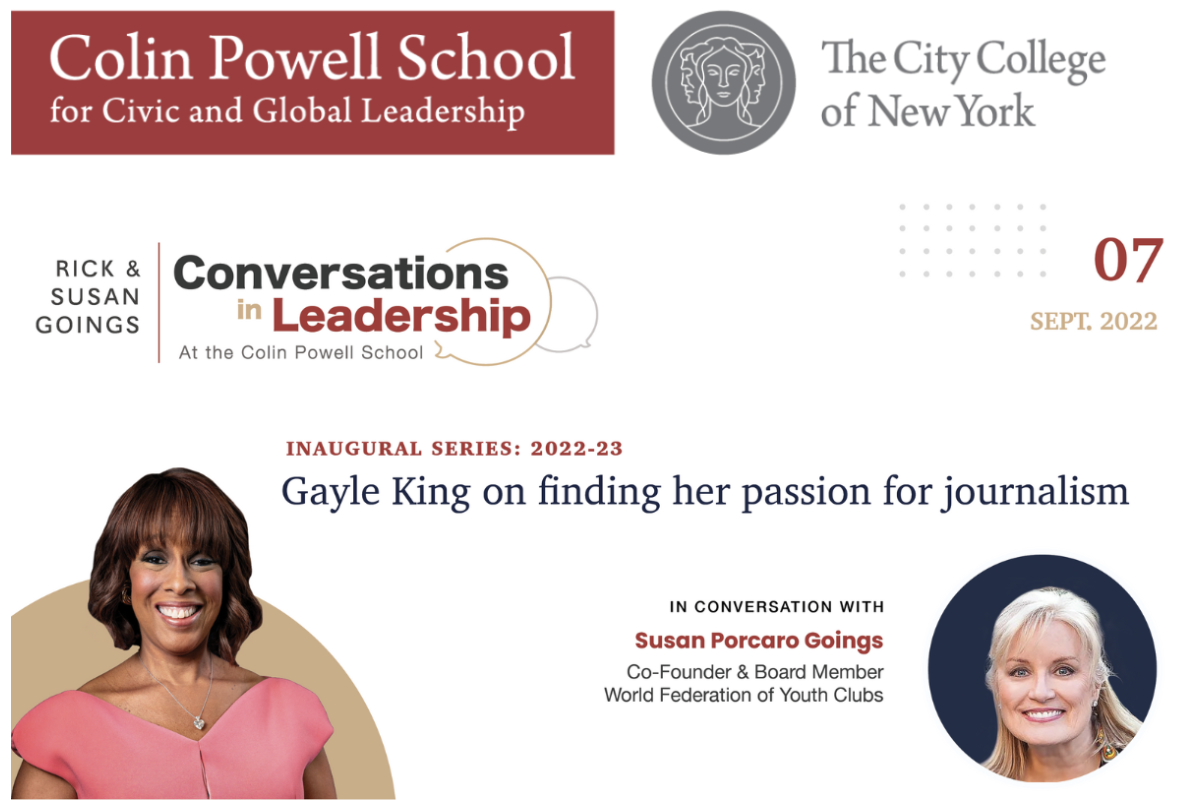 Join us on a conversation with Gayle King, one of the nation’s most distinguished journalists, about growing up, going to college, and finding her passion for journalism. Gayle King is a co-host of CBS This Morning. An experienced television journalist, King interviews top newsmakers and delivers original reporting to CBS This Morning and all CBS News broadcasts and platforms. She is also editor-at-large of the award-winning O, the Oprah Magazine. Ms. King will be interviewed by Susan Porcaro Goings, an advocate for women’s empowerment, a supporter of at-risk youth, and co-founder of the World Federation of Youth Clubs.